Gestational diabetes mellitus (GDM) complicates 7 %-14 % of pregnancies in the United States. Vitamin D deficiency also is common in pregnancy. Emerging evidence suggests that Vitamin D administration can improve insulin sensitivity and glucose tolerance, but whether vitamin D supplementation can prevent GDM is unknown. Observational studies provide conflicting evidence as to whether low serum 25-hydroxyvitmain D (25(OH)D) levels are associated with GDM. Two recent systematic reviews concluded that vitamin D deficiency is associated with a higher risk of GDM. However, these reviews are limited by the observational and diverse nature of the included studies. Of greatest concern is the inability to understand how important confounding variables such as race/ethnicity and adiposity might affect the association. Randomized controlled trial data remain limited but are critical to understanding whether supplementation with vitamin D beyond what is contained in routine prenatal vitamins will prevent GDM or improve glucose tolerance for women with GDM. 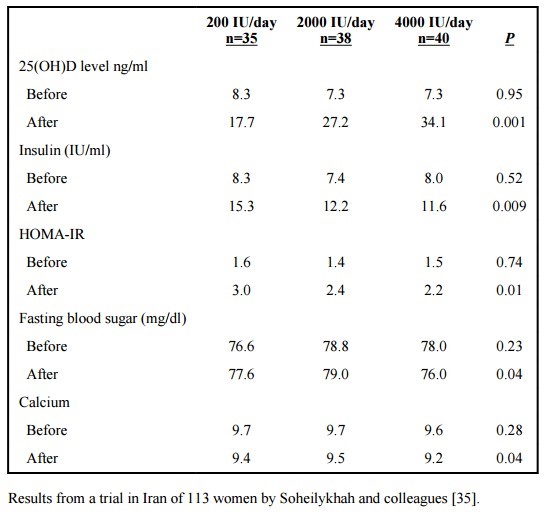 PMID: 24277676
&nbspDownload the PDF from VitaminDWiki

Printer Friendly PDF this page! Follow this page for updates
This page is in the following categories (# of items in each category)
Pregnancy 747 Diabetes 448
Edit Comments Files 2