VitaminDWiki pages containing ALCOHOL in title (24 as of Oct 2021)

Vitamin Supplements as a Nutritional Strategy against Chronic Alcohol Consumption? An Updated Review
"Alcohol use disorder affects about 7.2% of people older than 12 years old"
&nbspDownload the PDF from VitaminDWiki 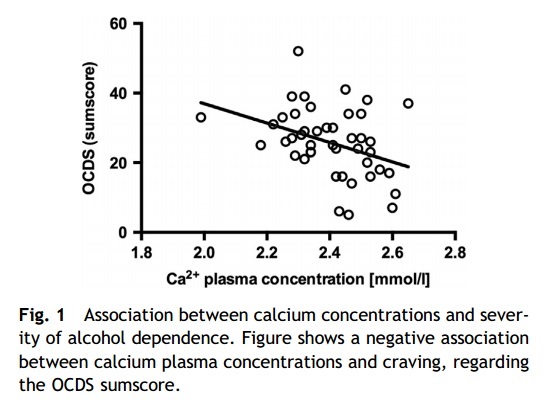 Pattern and cause of fractures in patients who abuse alcohol: what should we do about it?- 2013

VitaminDWiki: The benefits of Vitamin D include

Alcohol abuse is increasing in the UK and contributes significantly to the rising number of acute hospital admissions.
The effects are increasingly seen among younger people who binge drink.
The effects of excess alcohol on the skeleton have attracted far less attention than those on other organs, but the risk of fractures at important sites, such as the hips and vertebrae, is greatly increased in alcoholics.
This is partly owing to reductions in bone mineral density, but other factors such as an increased rate of falls play an important part.
The contribution of excess alcohol consumption to the risk of fractures is recognised in the widely available fracture assessment tool (FRAX). The mechanisms of fracture in alcohol abusers are complex and involve direct effects on bone cells, and indirect effects, mediated by alcohol, on the endocrine system, pancreas and cytokine system. Poor nutrition, with a reduction in body mass index and vitamin D levels, often contributes significantly. Prevention and treatment of fractures in alcohol abusers has received limited attention, and there are surprisingly few therapeutic trials to guide clinical intervention. Abstinence has been shown to improve markers of bone turnover within 2 months. However, compliance with oral therapeutic agents is often poor, and bisphosphonates may be contraindicated in patients with alcoholic liver disease and varices. The emergence of newer therapeutic options may facilitate controlled prospective studies of the role of parenteral agents in providing protection against both primary and secondary osteoporotic fractures among patients with alcohol abuse.

OBJECTIVE:Vitamin D deficiency may be a clinical problem in patients with addictions. The authors systematically searched for studies addressing vitamin D and addiction and develop a hypothesis which can direct future research of the possible mechanistic role of vitamin D in the process of addiction.

METHODS:Systematic review of the literature found in PubMed and EMBASE followed by narrative review combined with clinical experiences leading to hypotheses for future research.

RESULTS:Only five articles were identified about a role of vitamin D in the pathophysiology of addiction. Their results are in line with a possible influence of vitamin D in dopaminergic transmission. The cerebral vitamin D status depends upon the functionality of genetic variants of Vitamin D Receptor (VDR) and other involved genes. Routine serum calcidiol levels may not adequately reflect cerebral vitamin D status. Uncertainty exists regarding appropriate calcidiol blood levels and proper dosages for affecting the central nervous system (CNS).

CONCLUSIONS:The putative pathophysiological role of vitamin D in substance abuse has been insufficiently studied which calls to more studies how to measure cerebral vitamin D status in clinical practice. Research is indicated whether vitamin D supplementation should use higher dosages and aim to reach higher calcidiol serum levels. Measuring dopaminergic functioning within the prefrontal cortex as reflected by neuropsychological tests selected as suitable could be a suitable proxy for the cerebral vitamin D status when studying the pharmacogenomics of this functionality in patients.

Purpose: Although the explanation for inconsistencies in the reported association between serum 25-hydroxyvitamin D 25(OH)D levels and chronic pain (CP) has not yet been determined, understanding this discrepancy is necessary for the development of vitamin D supplementation as an effective treatment for CP. The aim of this cross-sectional study was to examine the relationship between 25(OH)D concentrations and CP according to drinking habits in Japanese subjects.

Patients and methods: We distributed invitation letters to 2314 individuals older than 40 years in Shika town, a rural area in Japan, and 724 subjects (386 females; mean age: 63.9 ± 10.4 years) were recruited. CP was defined as persistent pain lasting at least 3 months in any part of the body. Serum concentrations of 25(OH)D, a biomarker of the vitamin D status, were measured using a radioimmunoassay. A serum 25(OH)D level <20 ng/mL was defined as serum 25(OH)D deficiency. Drinking habits were assessed using a self-administered questionnaire. There were three choices, "rarely drink", "sometimes" and "everyday". Respondents who answered "rarely drink" were labelled as non-drinkers and the others as drinkers.

Results: The prevalence of CP was 40.6%. A significant interaction between CP and drinking habits on 25(OH)D concentrations was observed (p = 0.098). A one-way analysis of covariance was performed to compare 25(OH)D concentrations between the subjects with and without CP in each drinking group, and the serum 25(OH)D levels of subjects with CP were significantly lower than those without CP among drinkers (p = 0.007).
Alcohol A logistic regression analysis revealed a correlation between serum 25(OH)D deficiency and CP in drinkers after adjustments for several confounding factors (odds ratio: 0.499; 95% confidence interval: 0.268 - 0.927; p = 0.028).

Conclusion: The present results suggest that low serum 25(OH)D concentrations are associated with the development of CP in drinkers.

Alcohol’s Effect on Health: What the Science Says

Americans are drinking themselves to death at record rates 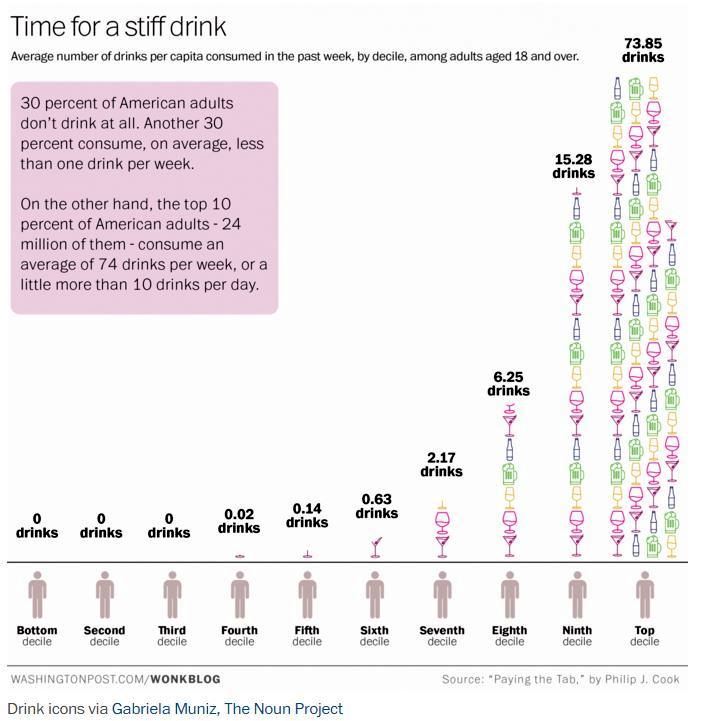 Nutrient deficiencies due to Alcoholism- 2005 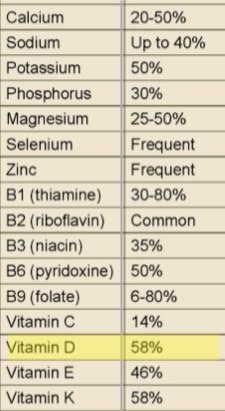 Title change made Nov 2020 caused the visitor count to reset.
There have actually been 7959 visitors to this page since it was originally made

Overview Alcohol and Vitamin D         Printer Friendly PDF this page! Follow this page for updates
This page is in the following categories (# of items in each category)
Overviews 76

Alchoholics have low Calcium and low Vitamin D, increasing Vit D might help –...Alcohol while pregnant lowers the vitamin D levels in Winter and Spring – Jan...Alcoholic liver disease 8X more likely among alcoholics if very low vitamin D...Alcoholics have osteoporosis – Nov 2010Alcoholics with low vitamin D get more bone fractures -Jan 2011Health Problems and DHypothesis lack of vitamin D leads to depression leads to alcohol useHypothesis: Low vitamin D is one of the causes of muscle weakness in alcoholi...Infant 7.6 X more likely to be Vitamin D deficient if mother had been – Nov 2019Only 8 percent of US adults get all high-priority Screening (even fewer get P...Overview Breast Cancer and Vitamin DVitamin D intervention stopped bone loss in those mice getting too much alcoh...VitaminDWiki interview and transcript - Jan 2022