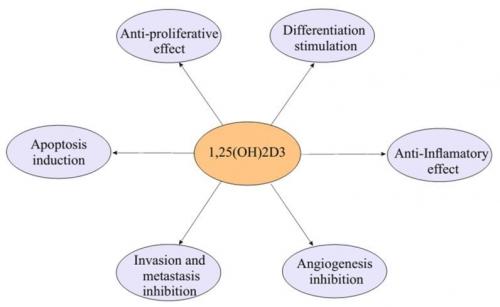 I thank Dr Korownyk and colleagues for their interesting review on the neuraminidase inhibitors.1 Having spent some time looking at the reviews on these drugs myself, I agree that they are not very useful and the risk of causing harm is greater than the purported benefit. I no longer use them in my patients. Unfortunately, they are administered facility-wide in nursing homes as a public health measure when there is a reported outbreak of influenzalike illness or influenza. Working in long-term care settings, I have seen some of these patients and staff develop vomiting; some with serious diarrhea (also a known side effect); some with acute confusion, hallucinations, or delirium; and a number with worsening cognitive function. Having patients develop vomiting and diarrhea makes it difficult to know if there is a secondary outbreak in the facility of gastroenteritis. These side effects cause increased work for staff when this happens and are unpleasant for both staff and patients. I would suggest that these medications should no longer be stockpiled or used. This would result in tremendous savings in health care dollars.

On the other hand, it is well known that there is a seasonality to influenza that correlates well with the seasonal drop in vitamin D or 25-hydroxyvitamin D (25[OH]D) levels.2 Levels of 25(OH)D are quite low in nursing home residents, and supplementation with 2000 IU of vitamin D can bring levels to normal safely in most patients.3 The use of vitamin D as a prophylactic for influenza has shown promise in prevention of illness and reduction of secondary asthma in children.4 In this study there was benefit for influenza A but not influenza B or the common cold. The mechanism of how vitamin D works for influenza A has been described in the literature.5 Interestingly, the 25(OH)D levels identified in the recent Canadian Household Study have shown a drop in the average vitamin D level in Canadians over the past 5 years from about 67.7 nmol/L to 64 nmol/L, with one-third of those surveyed having levels below 50 nmol/L. Levels in the wintertime were considerably lower and would put the Canadian population at risk of a number of medical conditions.

The Institute of Medicine recommendation for adults younger than 70 years of age is 600 IU of vitamin D daily. We are told that this would achieve a level of 50 nmol/L in greater than 97.5% of individuals.6 Regrettably, a statistical error has resulted in erroneous recommendations by the Institute of Medicine leading to this conclusion and it might actually take 8800 IU of vitamin D to achieve this level in 97.5% of the population.7 This is a serious public health blunder.

A colleague of mine and I have introduced vitamin D at doses that have achieved greater than 100 nmol/L in most of our patients for the past number of years, and we now see very few patients in our clinics with the flu or influenzalike illness. In those patients who do have influenza, we have treated them with the vitamin D hammer, as coined by my colleague. This is a 1-time 50 000 IU dose of vitamin D3 or 10 000 IU 3 times daily for 2 to 3 days. The results are dramatic, with complete resolution of symptoms in 48 to 72 hours. One-time doses of vitamin D at this level have been used safely and have never been shown to be toxic.8 We urgently need a study of this intervention. The cost of vitamin D is about a penny for 1000 IU, so this treatment costs less than a dollar.

Printer Friendly PDF this page! Follow this page for updates
This page is in the following categories (# of items in each category)
Intervention 613 Vitamin D in Canada 47 Virus 180
Edit Comments
See any problem with this page? Report it (FINALLY WORKS)