It appears that they started recording statistics immediately after the trial started, rather than waiting a few months for the Vitamin D levels to achieve a good enough level to provide a benefit. If they only looked at statistics after 2 months it is suspected that the 2X benefit would become something like a 4X benefit

Items in both categories Infant/Child and Immunity are listed here: 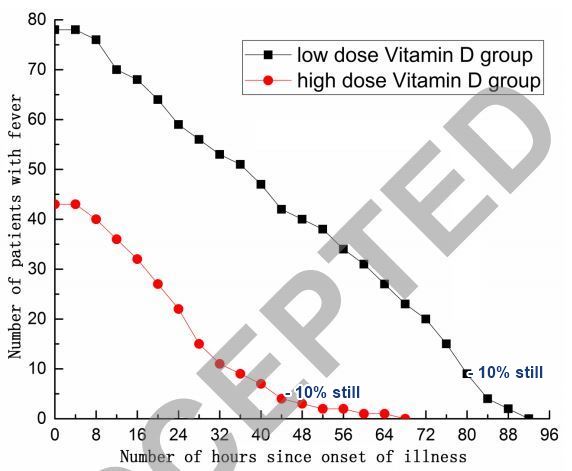 Note:Flu lasted about half as long for those with vitamin D 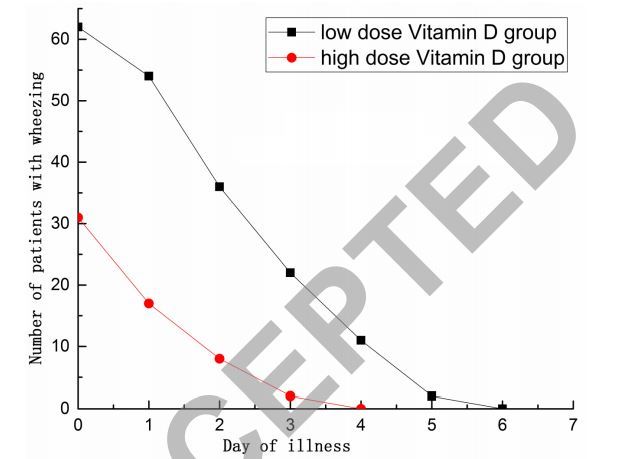 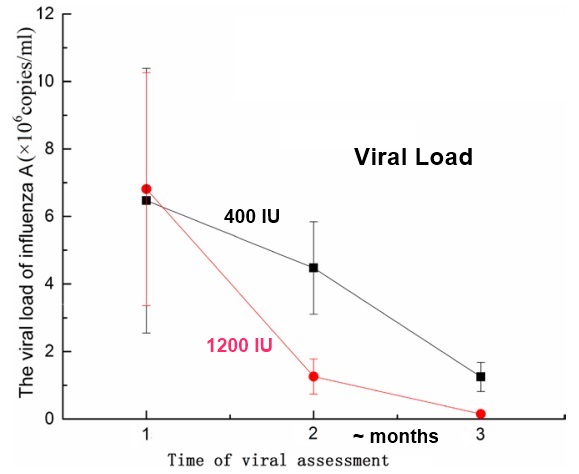 OBJECTIVES:
This study aimed to evaluate the clinical efficacy and safety of vitamin D for preventing influenza A in 400 infants in a multicenter, randomized, open, controlled clinical trial.

METHODS:
The infants were randomized into low-dose and high-dose vitamin D groups, and serum calcium, inorganic phosphorus and 25-hydroxyvitamin D levels were detected thrice in 4 months. Infants infected with influenza A were monitored for symptoms including fever, cough, and wheezing. Pathogen levels and safety of vitamin D treatment were also evaluated.

RESULTS:
Of 121 cases in total, 78 and 43 cases of influenza A infection occurred in the low-dose and high-dose vitamin D groups, respectively. There was a significant difference between the groups (χ = 14.6324, P = 0.0001). Among the cases of influenza infection, the median durations for fever, cough, and wheezing were shorter in the high-dose vitamin D group than in the low-dose vitamin D group. The viral loads showed a downward trend in both groups, and were significantly different between the groups at the second and third detections. Additionally, the incidences of adverse events and severe adverse events were very low and not significantly different between the two groups.

CONCLUSION:
High-dose vitamin D (1200 IU) is suitable for the prevention of seasonal influenza as evidenced by rapid relief from symptoms, rapid decrease in viral loads, and disease recovery. In addition, high-dose vitamin D is probably safe for infants.

Title change made March 2021 caused the visitor count to reset.
There have actually been 7804 visitors to this page since it was originally made