The association between circulating 25-hydroxyvitamin D and cardiovascular diseases: a meta-analysis of prospective cohort studies. 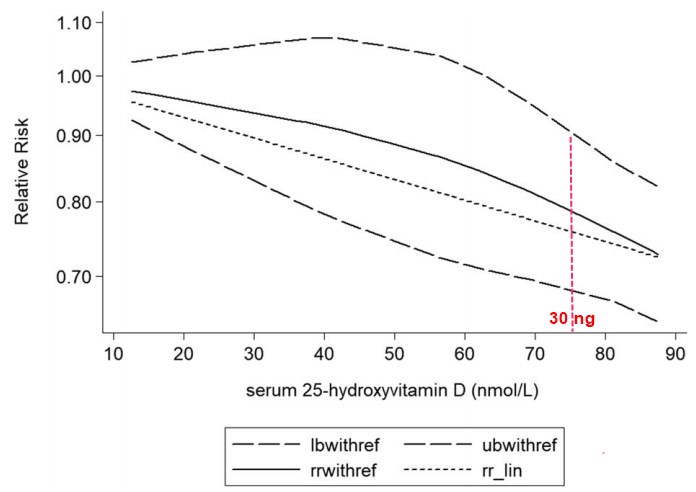 Studies in both VitaminDWiki categories Cardiovascular and Meta-analysis: 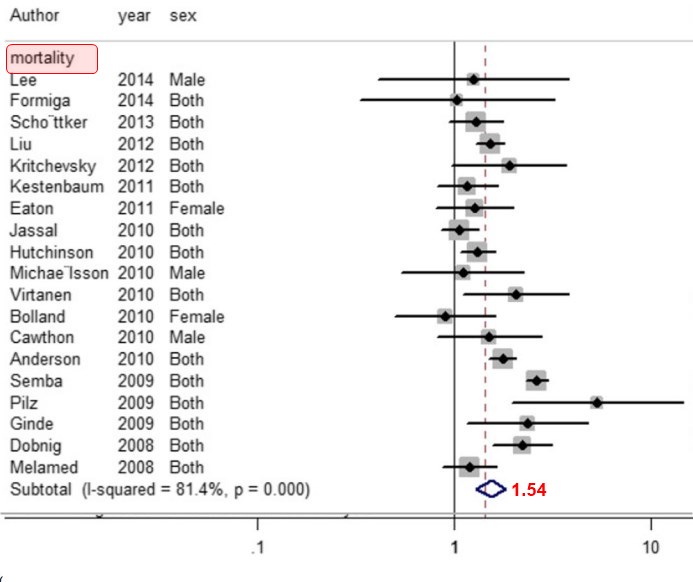 BACKGROUND:
There is a controversy about the association between vitamin D and cardiovascular diseases (CVDs). The effect of serum 25-OH-vitD on the risk of CVDs was evaluated.

METHODS:
Major electronic databases including Scopus, Science Direct, and PubMed were searched. All prospective cohort studies on the relationship between vitamin D status and CVDs conducted between April 2000 and September 2017 were included, regardless language. The study participants were evaluated regardless of their age, sex, and ethnicity. The Newcastle-Ottawa Scale was used to assess the quality of the studies. Two investigators independently selected the studies and extracted the data. The designated effects were risk ratio (RR) and hazard ratio (HR). The random effects model was used to combine the results.

CONCLUSIONS:
The findings showed that vitamin D deficiency increases the CVDs mortality rate. Due to the limited number of studies on patients of the both genders, further research is suggested to separately evaluate the effect of vitamin D status on CVD in men and women.

Cardiovascular death 1.5X more likely if less than 20 ng of Vitamin D – 22nd meta-analysis Nov 2019         Printer Friendly PDF this page! Follow this page for updates
This page is in the following categories (# of items in each category)
Cardiovascular 459 Mortality and D 276