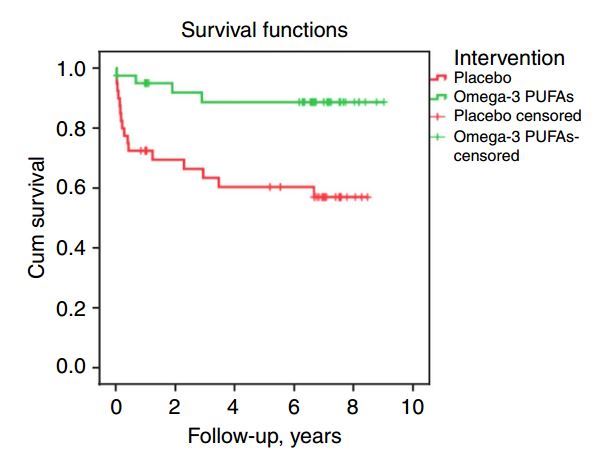 This analysis aimed to assess clinical predictors of longer-term outcome in UHR individuals treated with ω-3 PUFAs versus placebo.

Data derived from an RCT in 81 UHR individuals treated with ω-3 PUFAs versus placebo for 12 weeks and follow-up assessment after a median of 6.7 years.

Publisher wants $36 for the details in the PDF

Psychosis risk reduced for 80 weeks by just 12 weeks of Omega-3 – RCT Aug 2017         Printer Friendly PDF this page! Follow this page for updates
This page is in the following categories (# of items in each category)
Cognitive 324 Vitamin D and Omega-3 367