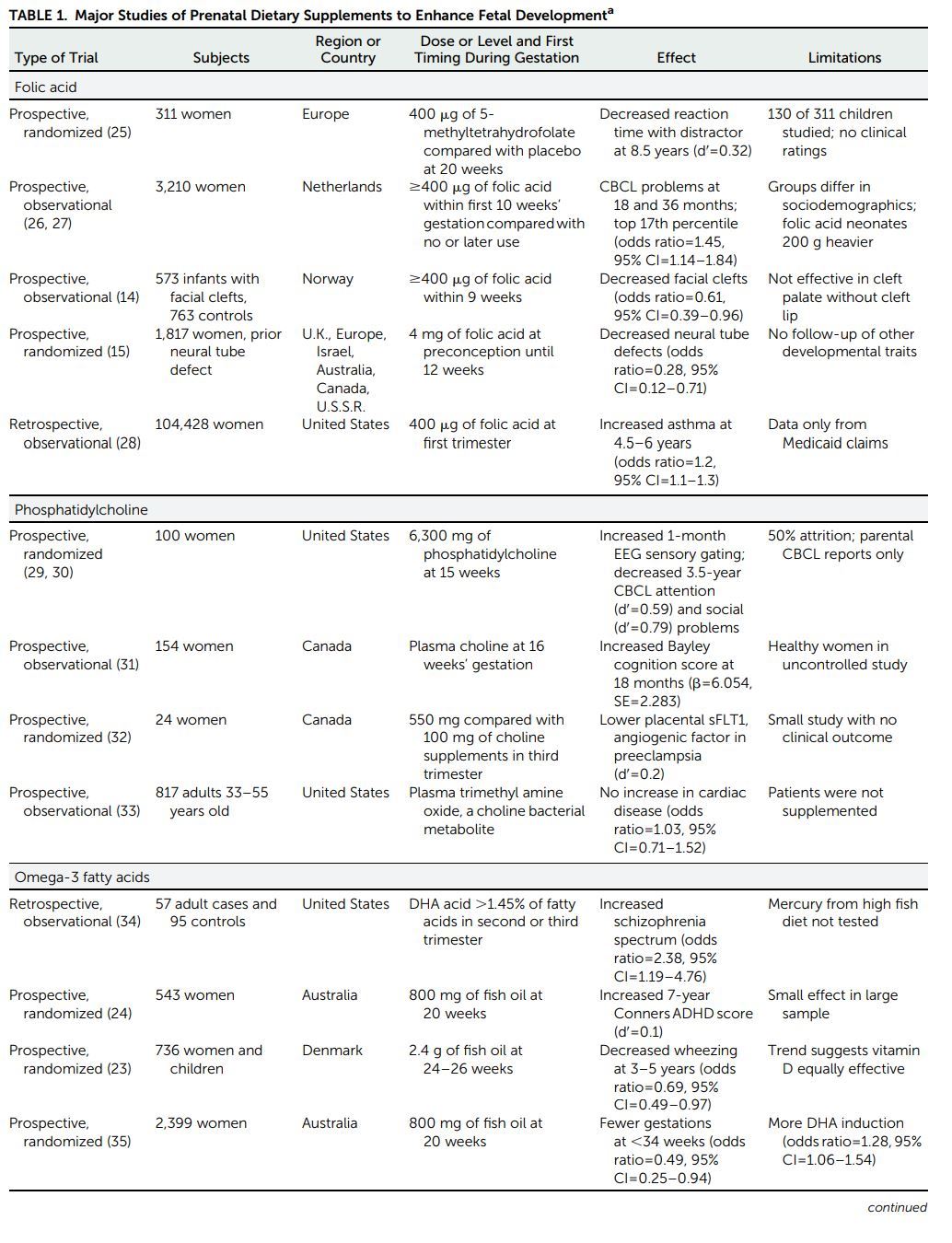 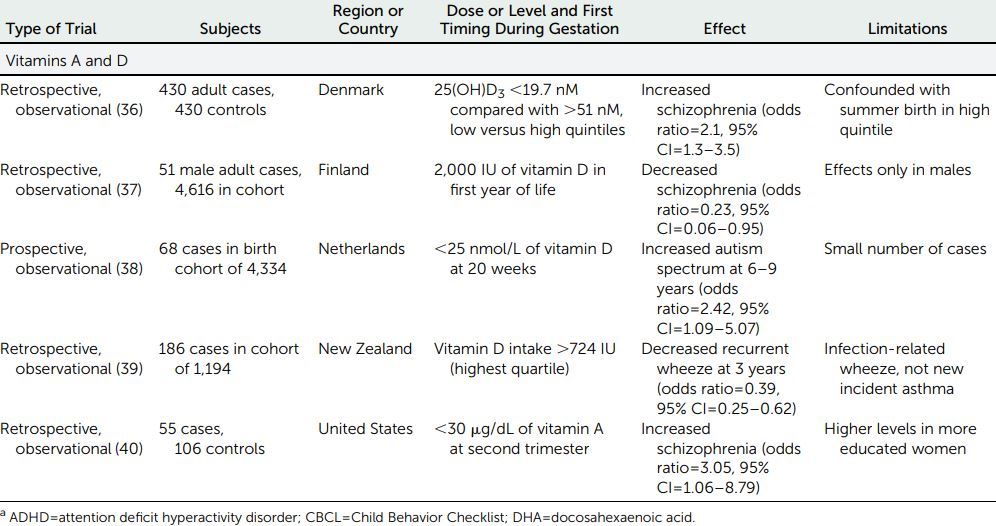 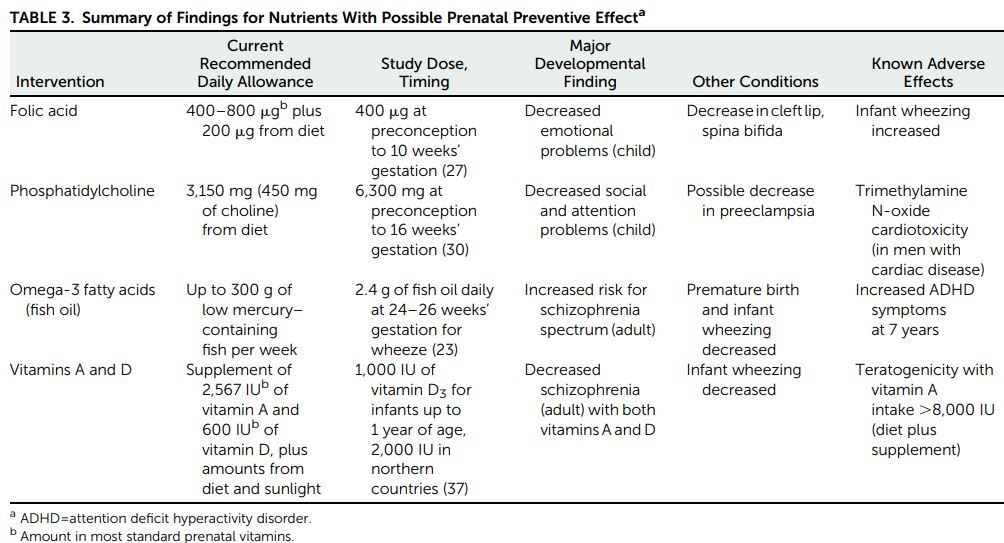 Genes, infection, malnutrition, and other factors affecting fetal brain development are a major component of risk for a child's emotional development and later mental illnesses, including schizophrenia, bipolar disorder, and autism. Prenatal interventions to ameliorate that risk have yet to be established for clinical use. A systematic review of prenatal nutrients and childhood emotional development and later mental illness was performed.

Randomized trials of folic acid, phosphatidylcholine, and omega-3 fatty acid supplements assess effects of doses beyond those adequate to remedy deficiencies to promote normal fetal development despite genetic and environmental risks. Folic acid to prevent neural tube defects is an example. Vitamins A and D are currently recommended at maximum levels, but women's incomplete compliance permits observational studies of their effects.

Vitamins A and D decreased the risk for schizophrenia and autism in retrospective observations.

Studies are complicated by the length of time between birth and the emergence of mental illnesses like schizophrenia, compared with anomalies like facial clefts identified at birth. As part of comprehensive maternal and fetal care, prenatal nutrient interventions should be further considered as uniquely effective first steps in decreasing risk for future psychiatric and other illnesses in newborn children.

Printer Friendly PDF this page! Follow this page for updates
This page is in the following categories (# of items in each category)
Pregnancy 737 Cognitive 282 Vitamin D and Omega-3 327
Edit Comments Files 6