I use Vectomega brand of Omega-3 – Admin of VitaminDWiki, May 2014

I was very impressed with the results of the small controlled trials of Vectomega, so I decided to give it a try.
I had been taking Coromega for about a decade
I had been taking lots of vitamin D for 4 years
I started taking Vectomega in April 2014 and felt noticeably better in just 3 days
The good feeling has continued for years

Updates
2018 - The Vectomega tablet was the last tablet I had been taking
Now I grind the tablet up into a powder to take with all of my other powdered supplements on a daily basis
2017: I have never noticed any fishy taste or smell, but a few people have
Simple solution - put tablet inside of a 00 size gell capsule
1,000 of the empty gell capsules cost about $10 on Amazon

Press release by the company (no longer available Nov 2018)

Had been taking Coromega form for a decade
2 packages/day having EPA = 350/ mg of DHA= 230 mg per package
supposed to be 3X more bio-available than standard Omega-3
Starting Vectomega 1 per day (early 2014) (similar price but 8X more bio-available)
Felt the benefit in about 3 days, but also got a bloody nose
Stopped taking it, nose stopped bleeding
Re-started taking Vectomega 1 per day
Bloody nose again in a few days
Dropped back to Vectomega every other day, Nose was OK
- - - years past- -
Took a low-cost Omega-3 test which showed that I was a little low
Increased taking Vectomega to 3 days out of 4, no bleeding nose

Some images from it 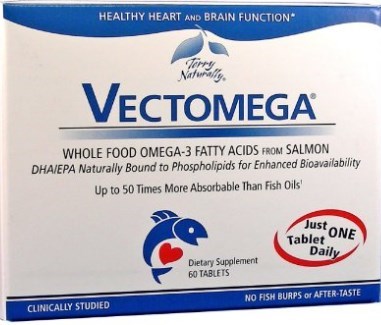 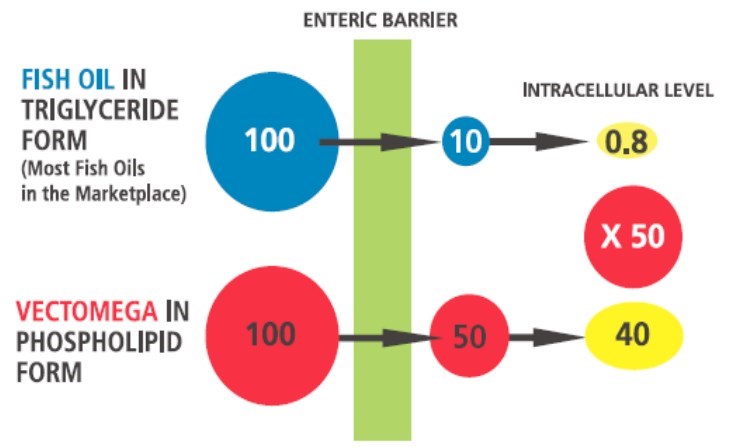 See also web: Omega-3 and phospholipids - other suppliers as well

Data in the package 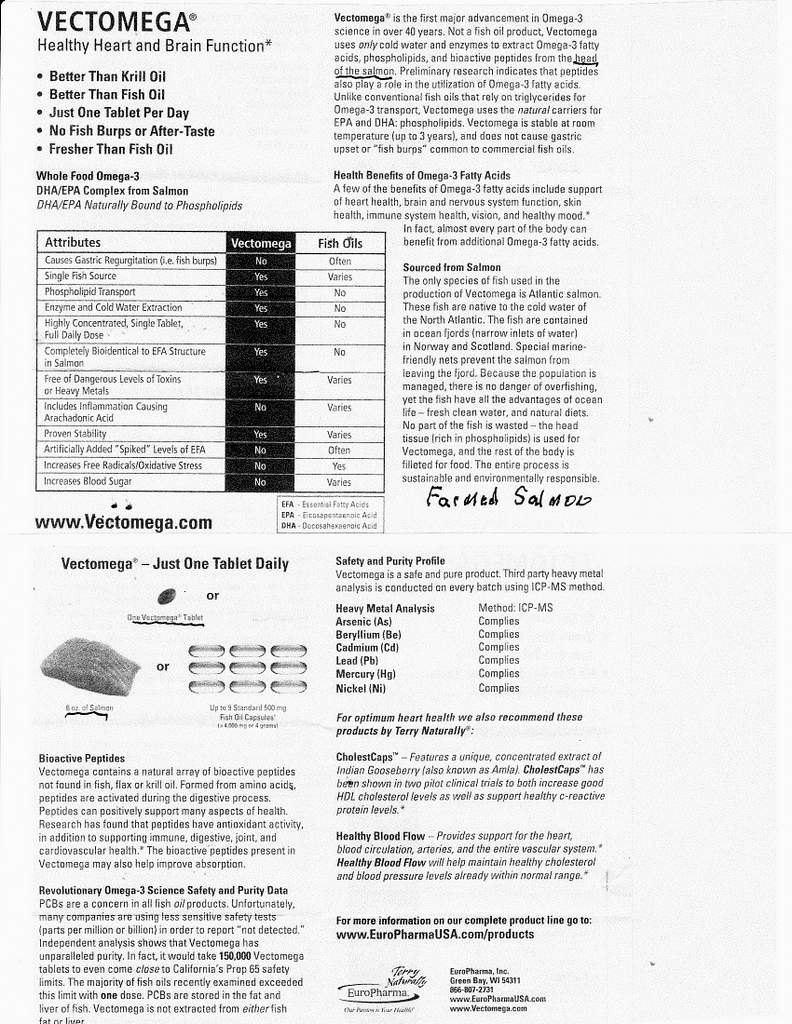 I use Vectomega brand of Omega-3 – Admin of VitaminDWiki, May 2014         Printer Friendly Follow this page for updates