were determined, and a genetic risk score (GRS) was constructed to evaluate the combined effect of them. Demographic and psychological information was acquired through face-to-face interviews.

VitaminDWiki pages with CYP24A1 in title 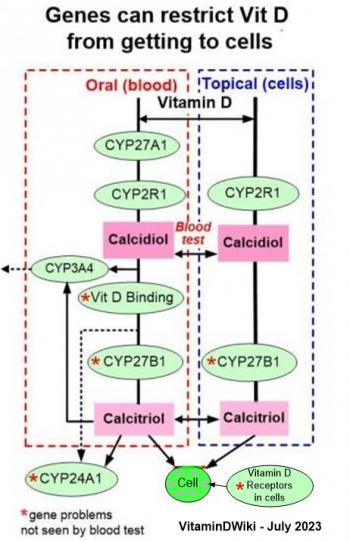 Suicide attempts by males 3.7 X more likely if poor Vitamin D gene (CYP24A1) – Oct 2021         Printer Friendly Follow this page for updates
This page is in the following categories (# of items in each category)
Genetics 302