Prehypertension risk is increased by 78% if low Magnesium – Aug 2015 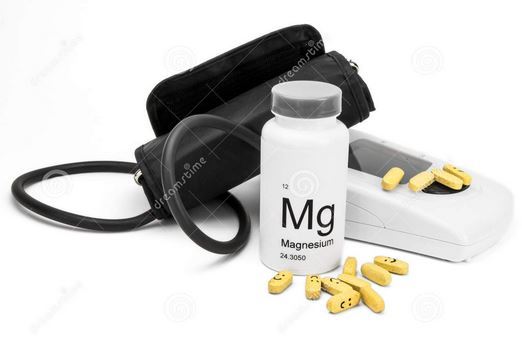 image from the web

Prevalence of Prehypertension in Mexico and Its Association With Hypomagnesemia.

BACKGROUND: Prehypertension (preHTN) increases the risk of developing hypertension. The objectives of this study were to estimate the prevalence of preHTN in the Mexican adult population and evaluate

METHODS: This study was a 2-phase, population-based study. In the first phase, 4,272 Mexican adults (aged 20-65 years) were enrolled to determine the prevalence of preHTN. In the second phase, a cross-sectional analysis was performed to evaluate the association between hypomagnesemia and preHTN. The exclusion criteria were chronic diarrhea, malignancy, hepatic and renal diseases, chronic inflammatory disease, and the intake of magnesium supplements. PreHTN was defined as a systolic blood pressure (BP) of 120-139 mm Hg and/or diastolic BP of 80-89 mm Hg, and hypomagnesemia was defined as a serum magnesium concentration <1.8 mg/dl.

CONCLUSIONS: The prevalence of preHTN in the Mexican population is 37.5%, and hypomagnesemia is strongly associated with preHTN.

Pages listed in BOTH the categories Magnesium AND Hypertension

Omega-3, Magnesium and Coenzyme Q10 may each be better than Vitamin D

Vitamin D does not reduce blood pressure in healthy people (no hypertension, ...Hypertension not reduced much if use less than 5,000 IU of Vitamin D – meta-a...Off Topic – Hypertension in 42 percent of adults (new definition: 130 mm Hg) ...