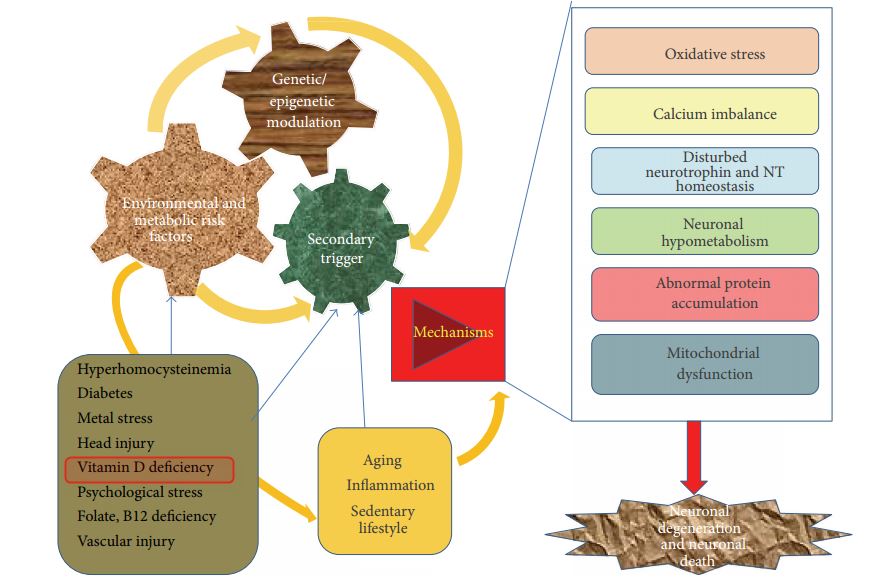 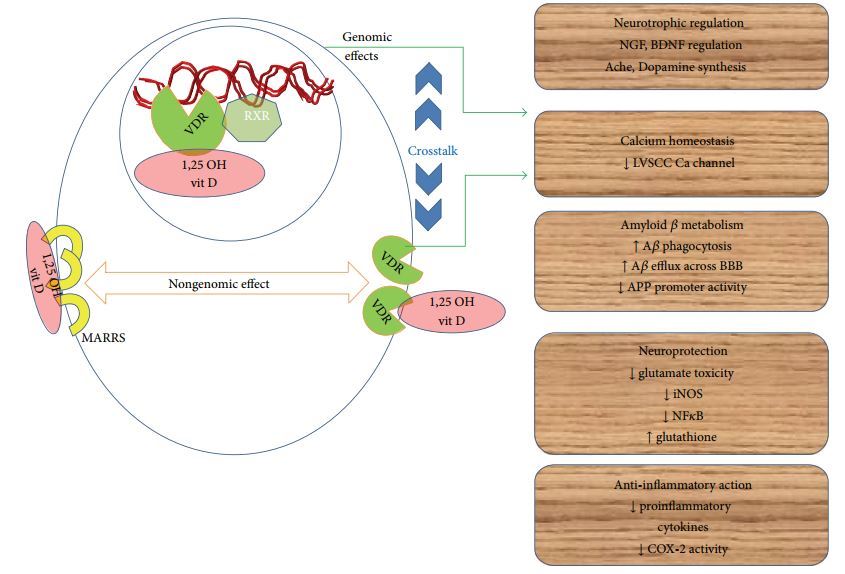 Alzheimer’s disease (AD), the major cause of dementia worldwide, is characterized by progressive loss of memory and cognition. The sporadic form of AD accounts for nearly 90% of the patients developing this disease. The last century has witnessed significant research to identify various mechanisms and risk factors contributing to the complex etiopathogenesis of AD by analyzing postmortem AD brains and experimenting with animal and cell culture based models. However, the treatment strategies, as of now, are only symptomatic. Accumulating evidences suggested a significant association between vitamin D deficiency, dementia, and AD. This review encompasses the beneficial role of vitamin D in neurocognition and optimal brain health along with epidemiological evidence of the high prevalence of hypovitaminosis D among aged and AD population. Moreover, disrupted signaling, altered utilization of vitamin D, and polymorphisms of several related genes including vitamin D receptor (VDR) also predispose to AD or AD-like neurodegeneration.
This review explores the relationship between this gene-environmental influence and long term vitamin D deficiency as a risk factor for development of sporadic AD along with the role and rationale of therapeutic trials with vitamin D. It is, therefore, urgently warranted to further establish the role of this potentially neuroprotective vitamin in preventing and halting progressive neurodegeneration in AD patients.

VDR Taql problem increases by 1.4 the risk of Alzheimer’s disease - 2016

Overview Alzheimer's-Cognition and Vitamin D has the following summary