The Vitamin D receptor has been documented from restricting Vitamin D to many tissues
Sometimes the VDR being poor is the probable cause of the disease
Sometimes the disease, like breast cancer, is the cause of the VDR deactivation
This study cannot indicate if the poor VDR is the cause or the result of the arthritis
The risk of 40 diseases at least double with poor Vitamin D Receptor as of July 2019
Vitamin D Receptor table shows what might increase VDR activation
Compensate for poor VDR by increasing one or more:

Items in both categories Rheumatoid Arthritis and Vitamin D Receptor

Meta-analysis of Osteroarthritis and Vitamin D in VitaminDWiki 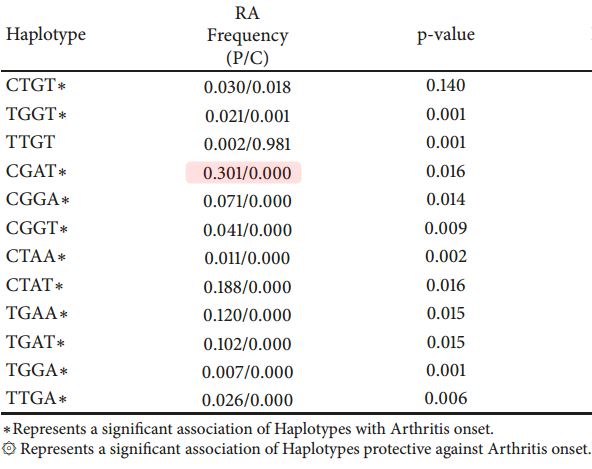 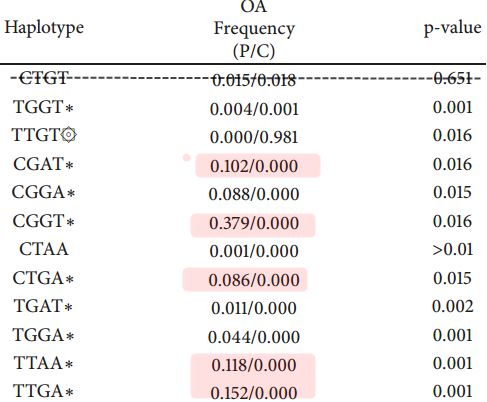 Both RA and OA

From PDF: "In Pakistan, 70% of marriages are cousin marriage"
This explains why Vitamin D Receptor problems are so strongly associated with arthritis in Pakistan

Vitamin D is an anti-inflammatory molecule and has a role in prevention of arthritis development. Biologically active form 1, 25(OH)2D3 of vitamin D can only exert its action after binding its definite vitamin D receptor encoded by VDR gene. VDR gene polymorphism leads to dysfunctioning of 1, 25(OH)2D3 ultimately disease onset. The purpose of current study was to evaluate the effect of vitamin D level and VDR gene polymorphism on rheumatoid arthritis and osteoarthritis. Blood samples were collected from case and control after taking written consent. Serum was separated and vitamin D level as determined from each sample by ELISA. DNA was extracted from each blood sample and amplified by using gene specific primers. Genotyping was performed by Sangers sequencing and PCR-RFLP technique. It was found that vitamin D level was not significantly different among patients and controls. The rs10735810, rs1544410, rs7975232, and rs731236 were associated with the onset of arthritis at both allelic and genotypic level (p < 0.01). Nucleotide change on rs10735810 site leads to change of tryptophan with arginine. The frequencies of haplotype CGAT, CGGA, CGGT, CTAA, CTAT, TGAA, TGAT, TGGA, and TTGA were higher in patients and act as risk factors of RA onset, whereas haplotypes CGAT, CGAT, CGGT, CTGA, TGAT, TGGA, TTAA, and TTGA were associated with OA onset. In conclusion, serum vitamin D level may be normal among arthritis patients but polymorphism on VDR gene restricts vitamin D to perform its anti-inflammatory function by altering the 1, 25(OH)2 D3 binding sites.