INTRODUCTION: Vitamin D deficiency and vitamin D receptor (VDR) gene polymorphism, FokI, is reported to increase the risk of many cancers. Role of vitamin D and its receptor polymorphisms in ovarian cancer has not been clearly defined.

OBJECTIVE: To study the levels of serum vitamin D and occurrence of vitamin D receptor gene polymorphism (FokI) in cases of ovarian cancer.

MATERIAL AND METHODS: FokI genotyping was done by PCR-RFLP technique and vitamin D levels were estimated by chemiluminescence immunoassay.

CONCLUSION: Low blood levels of vitamin D and VDR receptor polymorphism (FokI) might be a risk factor for the development of ovarian cancer. Other novel ligands of vitamin D receptor might be responsible for the non-synergistic effect. 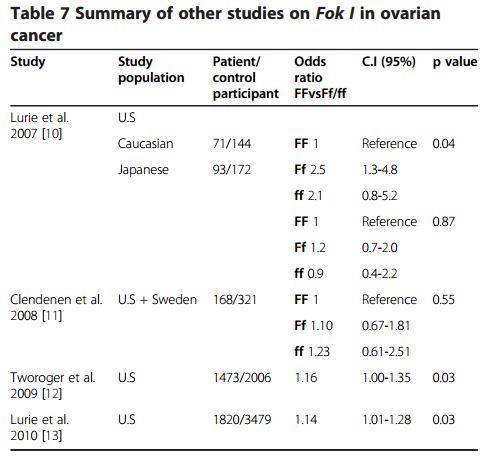 Polymorphisms in the Vitamin D Receptor (VDR) and the Risk of Ovarian Cancer: A Meta-Analysis PLOS ONE 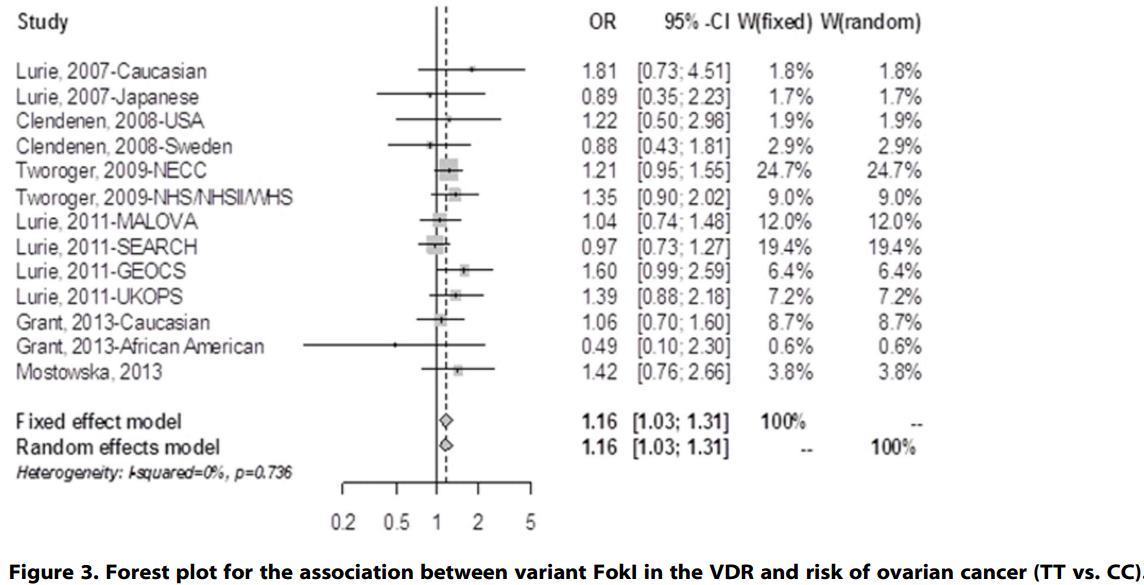 Ovarian Cancer 5.8 X more likely if both low vitamin D and Fok1 gene change – May 2013         Printer Friendly PDF this page! Follow this page for updates
This page is in the following categories (# of items in each category)