Mice with low-level antibiotics gained weight at a faster rate 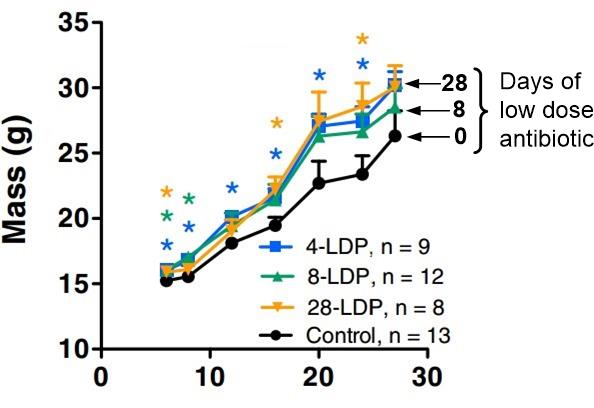 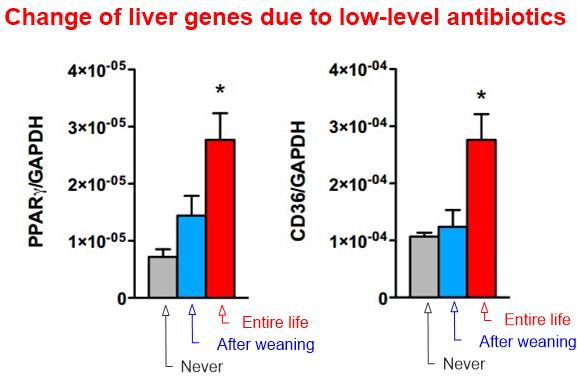 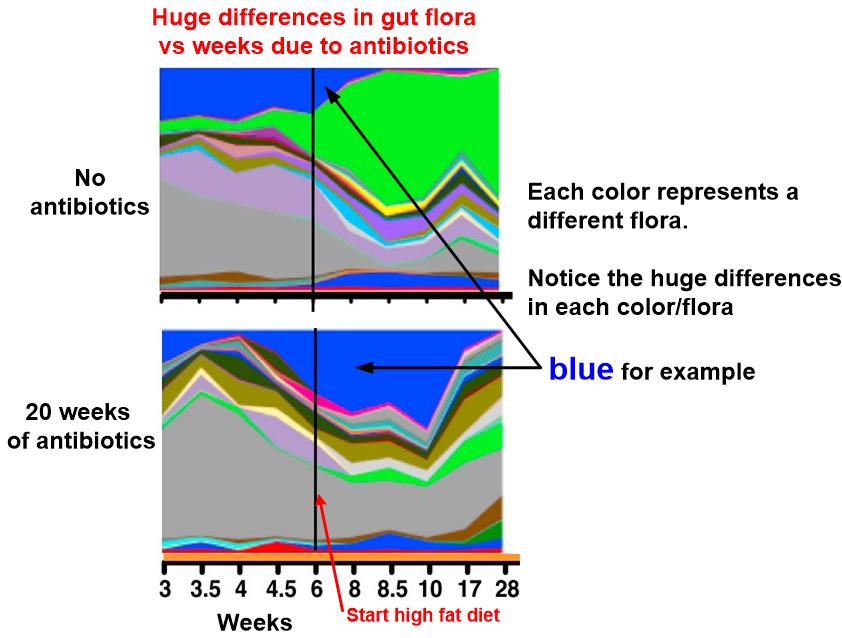 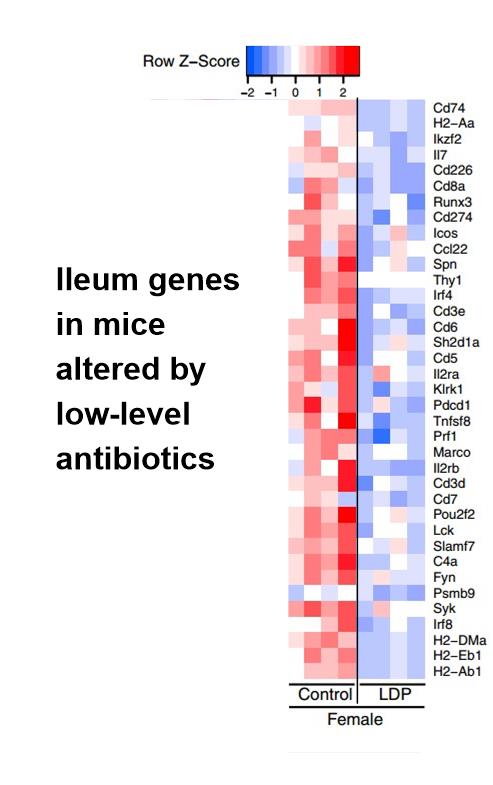 Acquisition of the intestinal microbiota begins at birth, and a stable microbial community develops from a succession of key organisms. Disruption of the microbiota during maturation by low-dose antibiotic exposure can alter host metabolism and adiposity. We now show that low-dose penicillin (LDP), delivered from birth, induces metabolic alterations and affects ileal expression of genes involved in immunity. LDP that is limited to early life transiently perturbs the microbiota, which is sufficient to induce sustained effects on body composition, indicating that microbiota interactions in infancy may be critical determinants of long-term host metabolic effects. In addition, LDP enhances the effect of high-fat diet induced obesity. The growth promotion phenotype is transferrable to germ-free hosts by LDP-selected microbiota, showing that the altered microbiota, not antibiotics per se, play a causal role. These studies characterize important variables in early-life microbe-host metabolic interaction and identify several taxa consistently linked with metabolic alterations.

Publisher has audio interview with Dr. Blaser one of the authors of this study and author of Missing Microbes book

Printer Friendly PDF this page! Follow this page for updates
This page is in the following categories (# of items in each category)
Obesity 342 Top news 808 Antibiotics, probiotics 85
Edit Comments Files 6