Note by founder of VitaminDWiki
This could have been found 30 years ago by Machine Learning.
I had proposed giving a talk at the Vitamin D Workshop in 2019 on what modern ML can do
but it was rejected 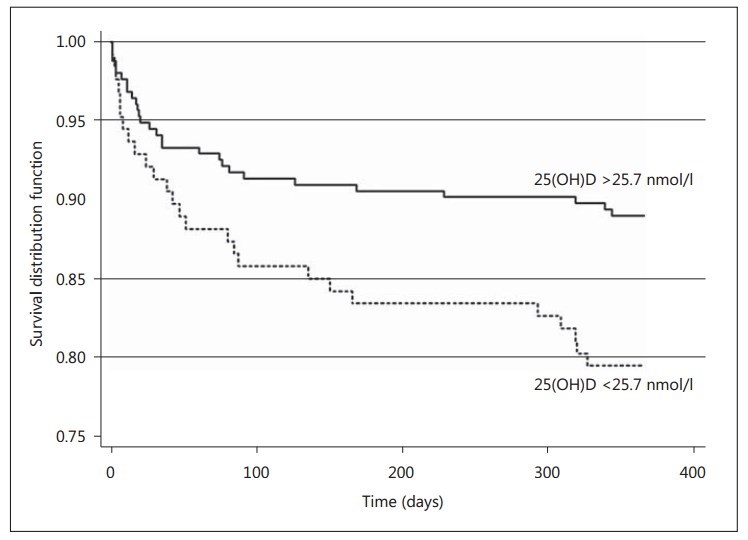 Materials and Methods: We studied a total of 328 patients within 7 days of AIS onset. Serum 25-hydroxyvitamin D level was obtained within 24 h of hospital admission. Poor outcome was defined as modified Rankin Scale score of 3-6. Logistic regression and extreme gradient boosting algorithm were used to assess association of 25-hydroxyvitamin D with poor outcome. Prediction performances were compared with area under ROC curve and F1 score.

Conclusions: 25-hydroxyvitamin D deficiency was highly prevalent in Korea and low 25-hydroxyvitamin D level was associated with poor outcome in patients with AIS. The machine learning approach of extreme gradient boosting was also useful to assess stroke prognosis along with logistic regression analysis.

Stroke outcome at 3 months was 3X worse if bad stroke and low vitamin D – Jan 2020         Printer Friendly PDF this page! Follow this page for updates
This page is in the following categories (# of items in each category)
Stroke 106