OBJECTIVE: We tested the hypothesis that low plasma concentrations of 25-hydroxyvitamin D are associated with increased risk of symptomatic ischemic stroke in the general population.

METHODS: We measured plasma 25-hydroxyvitamin D in 10,170 individuals from the general population, the Copenhagen City Heart Study.
During 21 years of follow-up, 1,256 and 164 persons developed ischemic and hemorrhagic stroke, respectively.
In a meta-analysis of ischemic stroke, we included 10 studies, 58,384 participants, and 2,644 events.

In a meta-analysis comparing lowest versus highest quartile of 25-hydroxyvitamin D concentrations, the multivariate adjusted odds ratio of ischemic stroke was 1.54 (1.43-1.65) with a corresponding hazard ratio of 1.46 (1.35-1.58) in prospective general population studies.

Copyright © 2012 American Neurological Association.
PMID: 23225498
PDF is attached at the bottom of this page 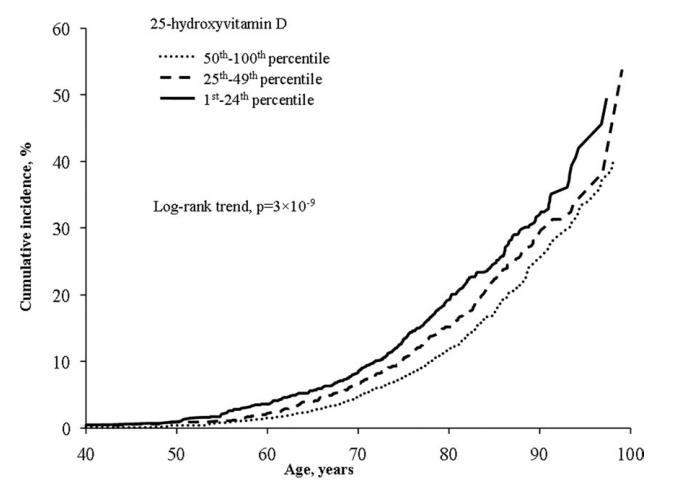 Low vitamin D is associated with many health problems, not just stroke 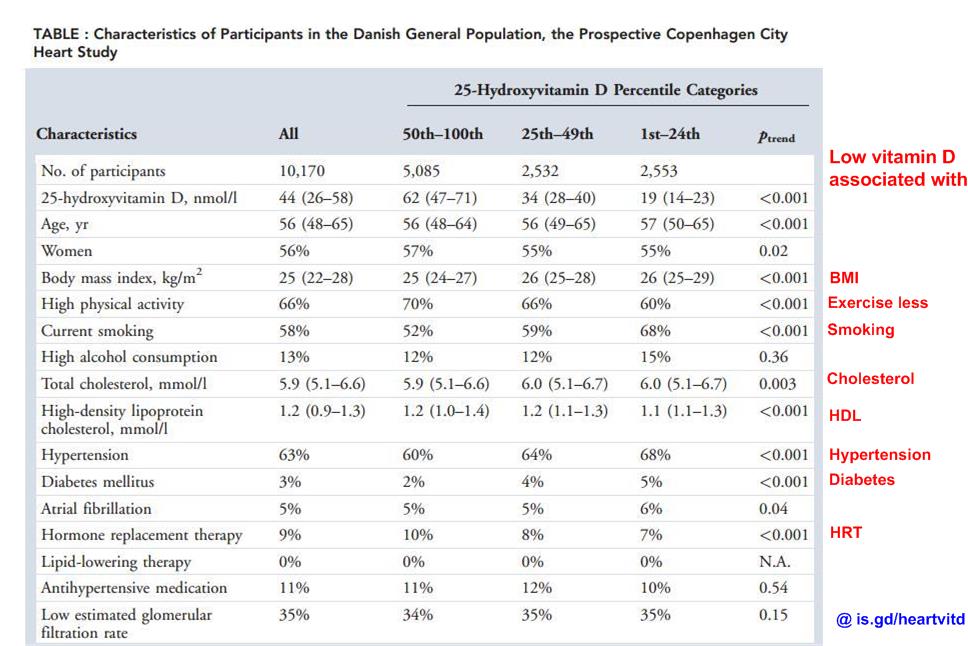 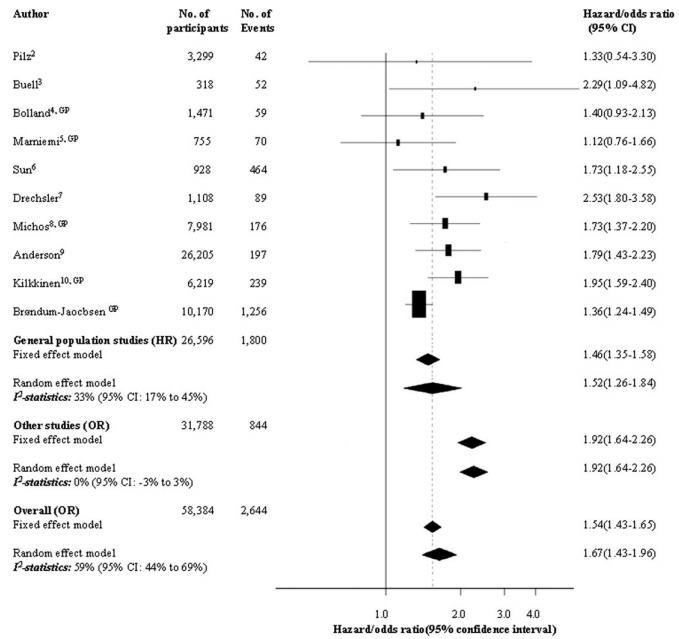 Items in both categories Stroke and Meta-analysis are listed here: