Increased incidence of depression – perhaps due to lower vitamin D

Increasing prevalence of depression from 2000 to 2006


July 26, 2011 — Depression affects 121 million people worldwide. In can affect a person's ability to work, form relationships, and destroy their quality of life. At its most severe depression can lead to suicide and is responsible for 850,000 deaths every year. New research published in BioMed Central's open access journal BMC Medicine compares social conditions with depression in 18 countries across the world.

In conjunction with the World Health Organization World Mental Health (WMH) Survey Initiative, researchers from 20 centers collaborated to investigate the prevalence of depression around the globe. To be classified as having had a Major Depressive Episode (MDE) a person was additionally required to fulfill five out of nine criteria including sadness, loss of interest or pleasure, feelings of guilt or low self-worth, disturbed sleep or appetite, low energy and poor concentration.

Based on detailed interviews with over 89,000 people, the results showed that 15% of the population from high-income countries (compared to 11% for low/middle-income countries) were likely to get depression over their lifetime with 5.5% having had depression in the last year. MDE were elevated in high-income countries (28% compared to 20%) and were especially high (over 30%) in France, the Netherlands, and America. The country with the lowest incidence was China at 12% but, in contrast, MDE were very common in India (at almost 36%).

Some aspects were cross cultural — women were twice as likely to suffer depression as men and the loss of a partner, whether from death, divorce or separation, was a main contributing factor. However the contribution of age varied from country to country. Age of onset of depression was almost two years earlier in low income countries and, while the amount of difficulty a person had with aspects of their life increased with depression and how recent their last attack was, it was more apparent in people from high income countries.

Prof Evelyn Bromet from State University of New York at Stony Brook said, "This is the first study which uses a standardized method to compare depression and MDE across countries and cultures. We have shown that depression is a significant public-health concern across all regions of the world and is strongly linked to social conditions. Understanding the patterns and causes of depression can help global initiatives in reducing the impact of depression on individual lives and in reducing the burden to society.”
PDF is attached at the bottom of this page

The increasing burden of depression 2006 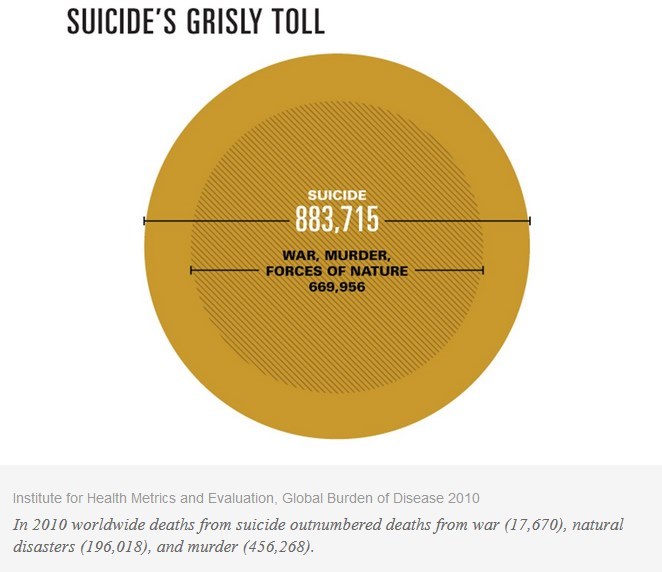 Opposing data: suicide rate for US blacks is less than for whites

from American Society for Suicide Prevention
Reminder: Dark skinned people tend to have lower levels of vitamin D, so dark skinned African-Americans should have higher suicide rate than whites 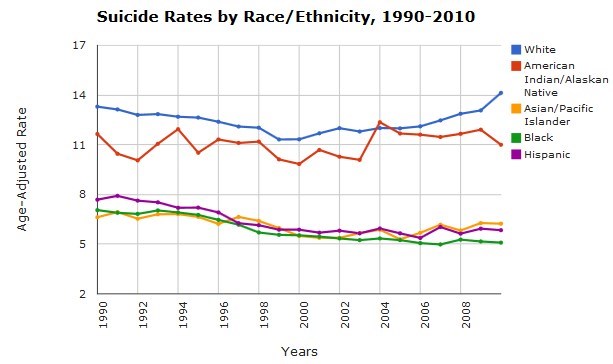 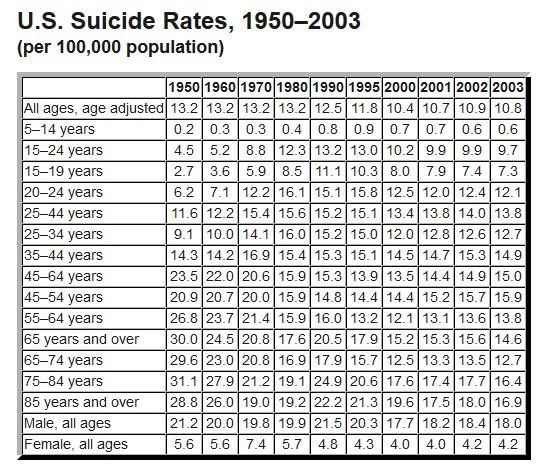 Increased incidence of depression – perhaps due to lower vitamin D         Printer Friendly PDF this page! Follow this page for updates
This page is in the following categories (# of items in each category)
Depression 215

An Exploratory Study of Postpartum Depression and Vitamin D - May 2010Low vitamin D and depression - Study and meta-analysis, April 2013