University of Wisconsin School of Medicine and Public Health

. . over 22 years, found that severe breathing problems at night increase the likelihood of dying from cancer by 4.8 times, compared to people who had no such breathing issues.
People with moderate apnea were found to have double the risk of dying.

Following 5,200 people over seven years, the study tracked oxygen depletion and found, for example, that people whose oxygen levels dipped below 90 percent, for up to 12 percent of the total time asleep, had a 68 percent greater likelihood of developing cancer, than people who did not have breathing difficulties at night.
– – – – – – – – – – – – – – – – – -

The past has shown that

This article adds the following: Sleep apnea is associated with dying of Cancer

Hypothesis: Sleep Apnea association with Cancer is due to low vitamin D, not low level of oxygen. 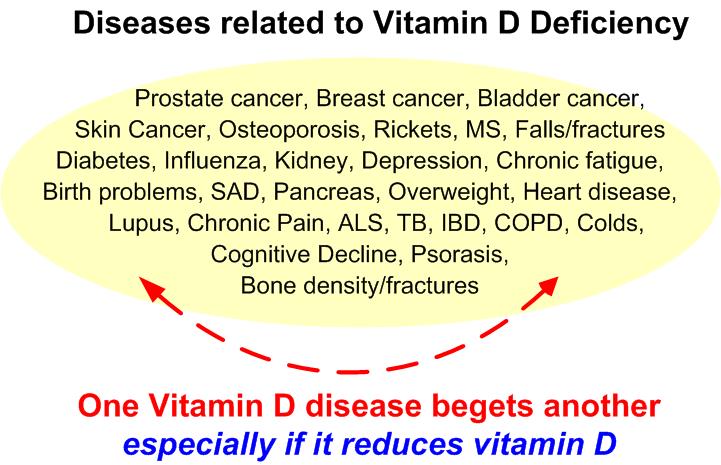 Predicted possible associations (not yet reported)

Severe sleep apnea increased chance by 4.8 X of cancer death: low vitamin D – May 2012         Printer Friendly PDF this page! Follow this page for updates
This page is in the following categories (# of items in each category)