Low Ultraviolet B and Increased Risk of Brain Cancer: An Ecological Study of 175 Countries. 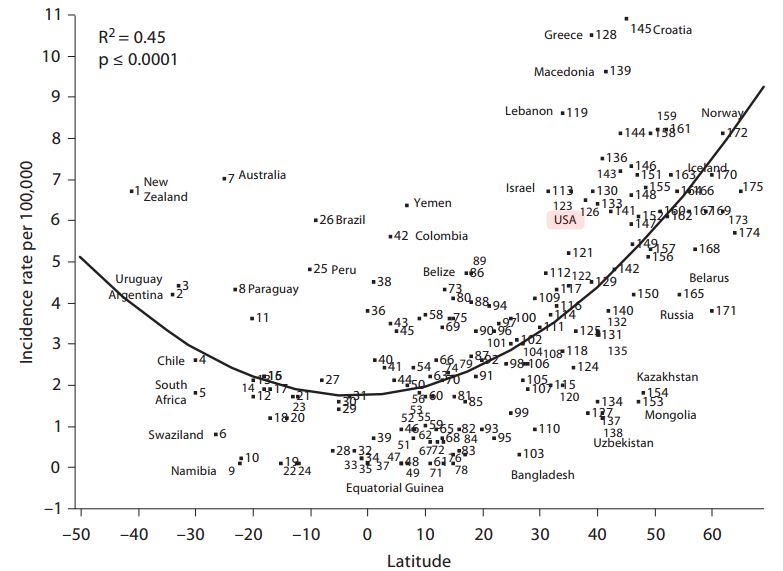 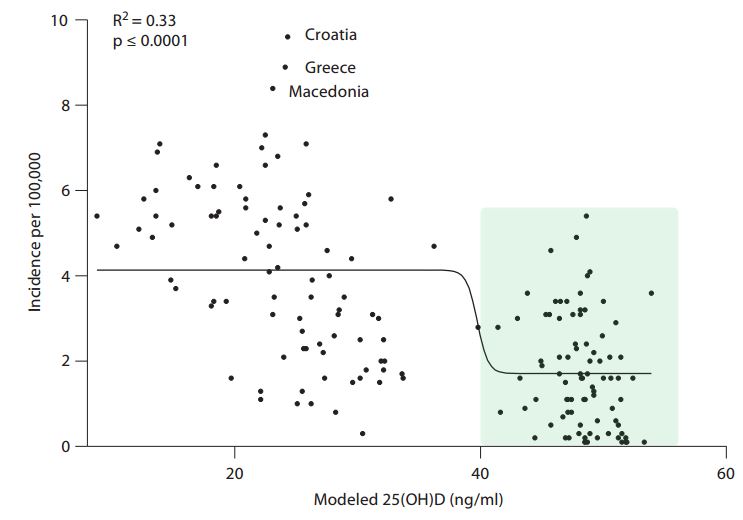 Background: The purpose of this study was to determine whether an inverse association exists between latitude, solar ultraviolet B (UVB) irradiance, modeled 25-hydroxyvitamin D [25(OH)D] levels and incidence rates of cancer of the brain.

Methods: Associations of latitude and UVB irradiance with age-standardized incidence rates of cancer of the brain were analyzed for 175 countries while controlling for proportion of population overweight, energy from animal sources, fish consumption, cigarette and alcohol consumption and per capita health expenditures, using multiple regression. Serum 25(OH)D levels were modeled for each country, and their association with brain cancer also was determined.

Conclusions: Countries with low solar UVB irradiance and estimated mean serum 25(OH)D levels generally had higher age-standardized incidence rates of brain cancer. Since this was an ecological study, further research would be worthwhile on the association of prediagnostic serum 25(OH)D with incidence rate in studies of cohorts of individuals.

Those with a faulty vitamin D receptor were 6.5 X more likely to have meningioma

Objective. It has been stated that brain cancers are an increasingly serious issue in many parts of the world. The aim of our study was to determine a possible relationship between Vitamin D receptor (VDR) gene polymorphisms and the risk of glioma and meningioma.
Methods. We investigated the VDR Taq-I and VDR Fok-I gene polymorphisms in 100 brain cancer patients (including 44 meningioma cases and 56 glioma cases) and 122 age-matched healthy control subjects. This study was performed by polymerase chain reaction-based restriction fragment length polymorphism (RF LP).

Conclusions. We suggest that VDR Fok-I genotypes might affect the development of meningioma.