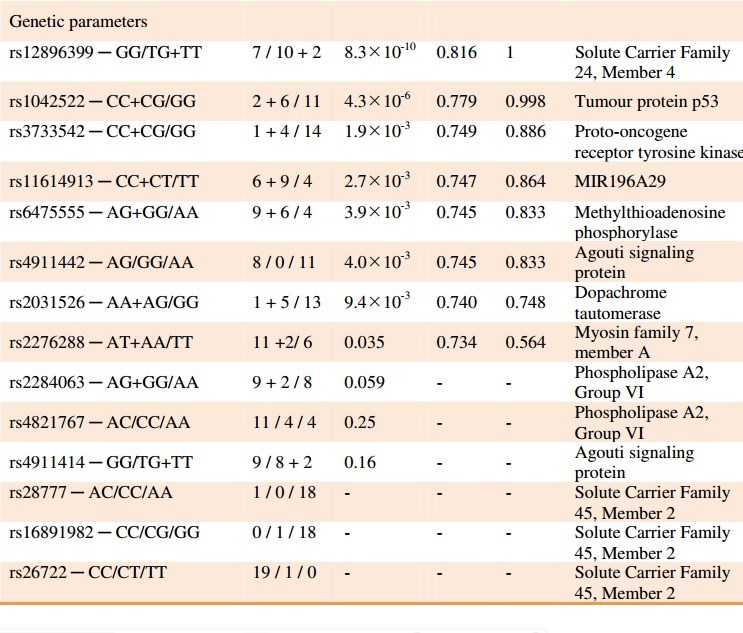 BACKGROUND: The inter-individual variation in 25(OH)D3 increase (Δ25(OH)D3 ) after vitamin D3 supplementation was determined and compared the UVB irradiation.

CONCLUSION: The inter-individual variation in the two interventions was comparable and had no common demographic but a partly common genetic background.

Poor responses to UV and Vitamin D were correlated to just 4 poor genes – June 2019         Printer Friendly PDF this page! Follow this page for updates
This page is in the following categories (# of items in each category)
UV and Vitamin D 354 Top news 889 Predict Vitamin D 74

Children 41X more likely to be vitamin D deficient if both parents were defic...Sublingual vitamin D gave similar response as oral for most, and better for s...Vitamin D deficiency is associated with 35 genes, only 7 of are commercially ...