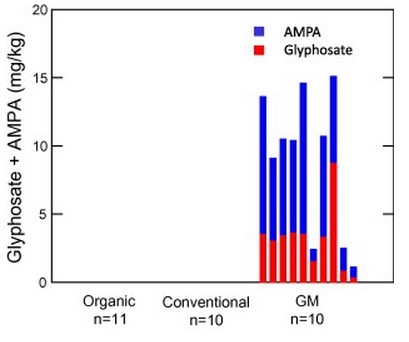 
MRL (Maximum Residue Level) was increased 200X as more Roundup was needed to due weeds adapting to it
Looks like MRL needs to be increased yet again.

AMPA is the breakdown product of Roundup

GMO soybeans have high levels of glyphosate – June 2014         Printer Friendly PDF this page! Follow this page for updates
This page is in the following categories (# of items in each category)
Glyphosate 26