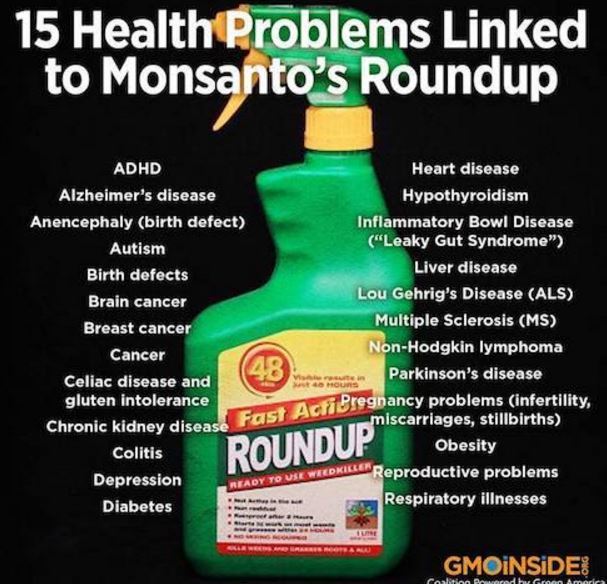 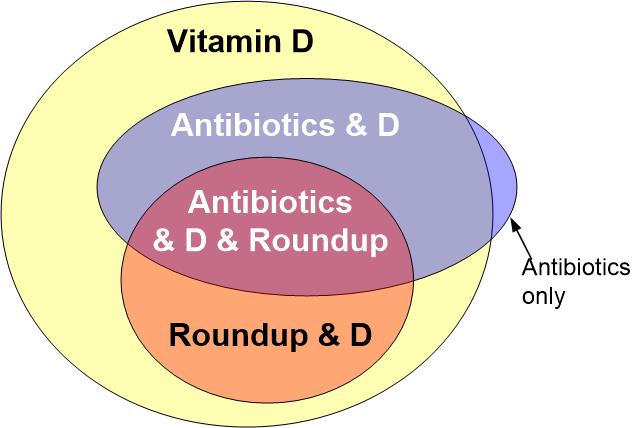 Huge increases in health problems – risk factors include Vitamin D, Antibiotics, and Roundup         Printer Friendly Follow this page for updates
This page is in the following categories (# of items in each category)
Top news 900 Antibiotics, probiotics 84 Glyphosate 25

Glyphosate and Vitamin D - many studiesGood Health is more than Vitamin D and cofactors – my viewOverview Hypertension and Vitamin D10,000,000 deaths annually in 2050 due to antibiotics no longer working (vita...Vitamin D, immunity and microbiome – Dec 2014Microbiome improvement by probiotics can be augmented with phages (gut, etc.)Antibiotic use decreased after supplementing with 1500 IU of Vitamin D – Sept...Antibiotics increased the risk of asthma by 47%, and allergies by 25% - Dec 2019Vitamin D estimation nicely improved by neural networks – May 2015Less Vitamin D available to tissuesSoy associated with food allergies in mice (perhaps Roundup) – Nov 2018Glyphosate Is Causing Fatty Liver Disease and many other problems - May 2019Antibiotics found in many rivers – June 2019Double digit increases in many health problems for those aged 21-36 in just 4...Another verdict: Roundup caused cancer, 11,200 more cases to be tried – March...Major increases in childhood health problemsSome cereals have 12X more Glyphosate than Vitamin D - Oct 2018Attention Deficit Hyperactivity Disorder impulsivity reduced by daily 1,000 I...Vitamin D is suppressed by both Roundup and GenesHypothesis: Soy isoflavones synergistically aid vitamin D in building bones –...Obesity special issue in JAMA focuses on Bariatric Surgery (where the money i...Child Asthma increased 2.1 X by antibiotics, Child milk allergy increased 4.4...Severe allergy (Anaphylaxis) is increasing and is associated with low vitamin...5 Antibiotic courses raised risk of diabetes by 37 percent (200,000 diabetics...Omega-3 in infancy reduces Obesity following antibiotic (confirmed in rats, s...Gluten Intolerance - with notes on vitamin DOff topic: 13 X increase of Glyphosate in urine in 23 years – JAMA Oct 2017Monsanto banned from EU parliament (they refused to respond to Glosophate saf...Off Topic: GMOs labeling laws by states will not be legal – passed by US Hous...Gut, Alzheimer, autism, disease, fecal transplant, etc - Dr. Perlmutter, May ...Vitamin D can probably stop &#039;modern&#039; diseases - Gillie 2014Antibiotic resistance will kill 300 million in 35 years, FDA doing nothing, U...