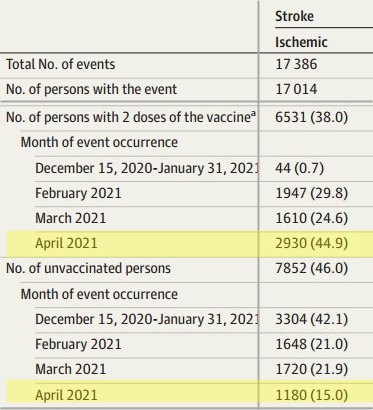 The BNT162b2 mRNA vaccine (Pfizer-BioNTech) was the first SARS-CoV-2 vaccine authorized and most widely used in older persons in France. Although no increases in cardiovascular events were reported in the phase 3 trials,1 questions emerged once the vaccine was used on a large scale because older people were underrepresented in the trials. We evaluated the short-term risk of severe cardiovascular events among French people aged 75 years or older after the administration of the BNT162b2 mRNA vaccine.

We undertook within-person comparisons using a self-controlled case series method adapted to cardiovascular event–dependent exposures and high–event-related mortality that can cancel or defer subsequent vaccination or increase short-term mortality2 (eMethods in the Supplement). Only exposures preceding the event were considered. Exposure risk intervals were the 1 through 14 days following each of the 2 vaccine doses. The exposure risk interval was further subdivided into days 1 through 7 and 8 through 14. Except for the vaccination day, the remaining periods were regarded as nonrisk periods. Unvaccinated persons were included to account for temporal effects. Unbiased estimating equations were used to calculate the relative incidence (RI) adjusted for temporality (in 7-day increments) to consider any changes in background rates of both events and vaccination. All analyses were performed using the SCCS package in R, version 3.6.1. A 95% CI around the RI that did not include 1 defined statistical significance.

Discussion
In this nationwide study involving persons aged 75 years or older in France, no increase in the incidence of acute myocardial infarction, stroke, and pulmonary embolism was detected 14 days following each BNT162b2 mRNA vaccine dose.

Israeli and US studies reported that persons receiving the BNT162b2 vaccine were not at increased risk of myocardial infarction, pulmonary embolism, or cerebrovascular events in the 42 days 3 and 21 days4 following vaccination. Based on a self-controlled case-series design that compensates for the lack of randomization by eliminating the effect of time-invariant confounding factors, this study provides further evidence regarding the risk of serious cardiovascular adverse events in older people. Limitations of the study include the possibility of residual time-dependent confounding.

Further investigations are needed to measure these risks in younger populations and for other types of vaccines against SARS-CoV-2.

Elderly vaccinated for COVID were 2X more likely to die of ischemic stroke (2930 vs 1180 deaths)– Nov 2021         Printer Friendly PDF this page! Follow this page for updates
This page is in the following categories (# of items in each category)
Stroke 109 Virus 1162