Increased use of D has the following

People have been noticing. and increasing vitamin D or sunshine 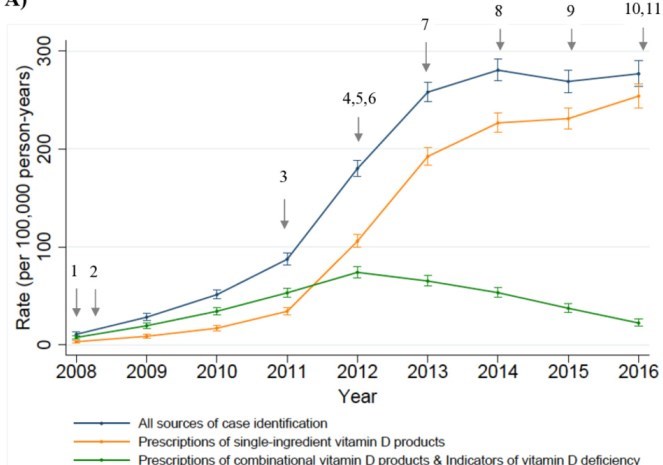 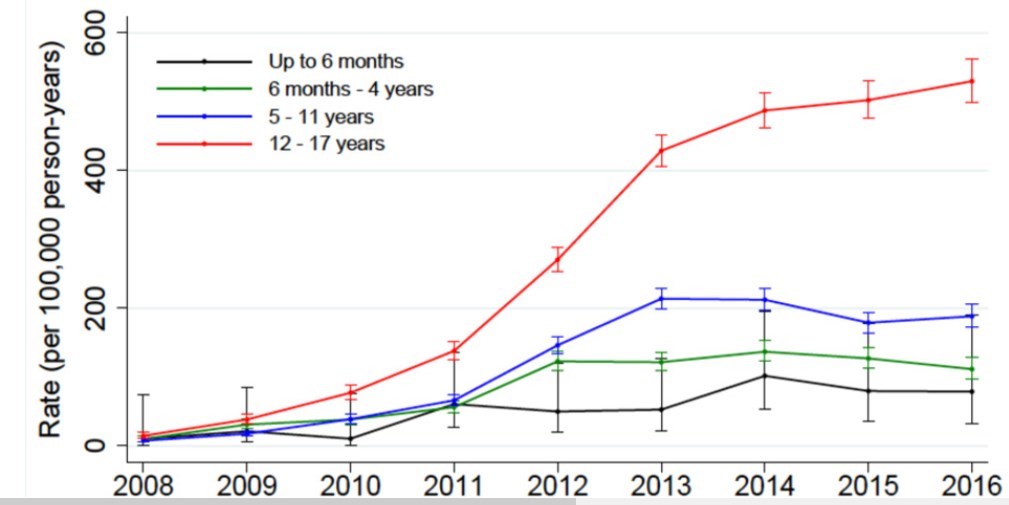 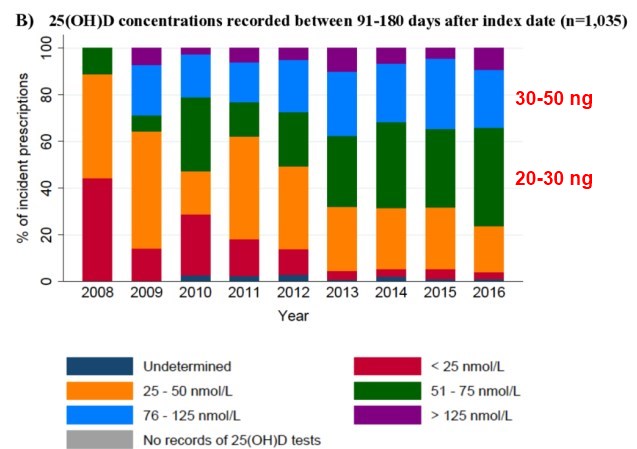 Objective To examine temporal changes in the incidence and patterns of vitamin D supplementation prescribing by general practitioners (GPs) between 2008 and 2016.

Participants Children aged 0 to 17 years who were registered with their general practices for at least 3 months.

Results Among 2 million children, the crude annual incidence of vitamin D prescribing increased by 26-fold between 2008 and 2016 rising from 10.8 (95% CI: 8.9 to 13.1) to 276.8 (95% CI: 264.3 to 289.9) per 100 000 person-years. Older children, non-white ethnicity and general practices in England (compared with Wales/Scotland/Northern Ireland) were independently associated with higher rates of prescribing. Analyses of incident prescriptions showed inconsistent supplementation regimens with an absence of pre-supplementation 25(OH)D concentrations in 28.7% to 56.4% of prescriptions annually. There was an increasing trend in prescribing at pharmacological doses irrespective of 25(OH)D concentrations, deviating in part from UK recommendations. Prescribing at pharmacological doses for children with deficient status increased from 3.8% to 79.4%, but the rise was also observed in children for whom guidelines recommended prevention doses (0% to 53%). Vitamin D supplementation at pharmacological doses was also prescribed in at least 40% of children with no pre-supplementation 25(OH)D concentrations annually.

26 X increase in Vitamin D prescriptions for youths in England in 8 years – Dec 2019         (Cached) Printer Friendly PDF this page! Follow this page for updates
This page is in the following categories (# of items in each category)
Youth 152 Vitamin D in Europe 210 Infant-Child 654 Increased use of D 44