Restless legs syndrome (Willis-Ekbom disease) and growing pains: are they the same thing?
A side-by-side comparison of the diagnostic criteria for both and recommendations for future research

There has been no previous side-by-side comparison of the diagnostic criteria for restless legs syndrome (RLS)(Willis-Ekbom disease) and growing pains. In our review, we explore this comparison emphasizing overlaps and disconnects, summarize recent literature exploring the relationship between the 2 entities, and make suggestions for future research.

The development of standard diagnostic criteria is necessary to move forward in the field of growing pains research. A quantitative and validated rating scale for growing pains severity already exists. Because of the clinical and genetic similarity between RLS and growing pains, studies that parallel those previously performed in RLS patients are recommended for growing pains patients. For example, a genome wide association study in growing pains patients of all possible genes with particular attention to those identified as related to RLS and a therapeutic trial of medications known to be effective in RLS would be welcome. Abnormalities in vitamin D metabolism also may be common to both disorders.

Every feature of Restless Legs is common with Growing Pains 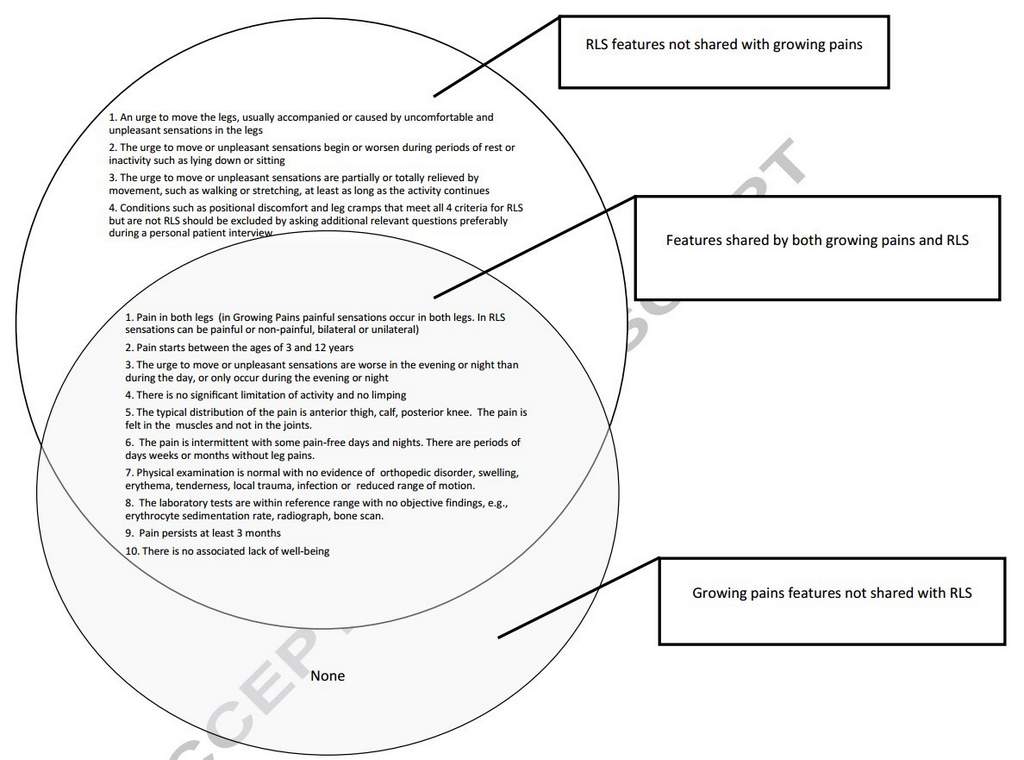 Restless legs and growing pains may be both due to low vitamin D – Sept 2013         Printer Friendly PDF this page! Follow this page for updates
This page is in the following categories (# of items in each category)
Top news 849