Increasing Omega-3 is good,
but, as has been known for decades, decreasing the Omega-6/Omega-3 ratio is better.
The Omega-3 index is the best measure – which essentially incorporates the O-6/O-3 ratio
Giving Omega-3 to the children would also help 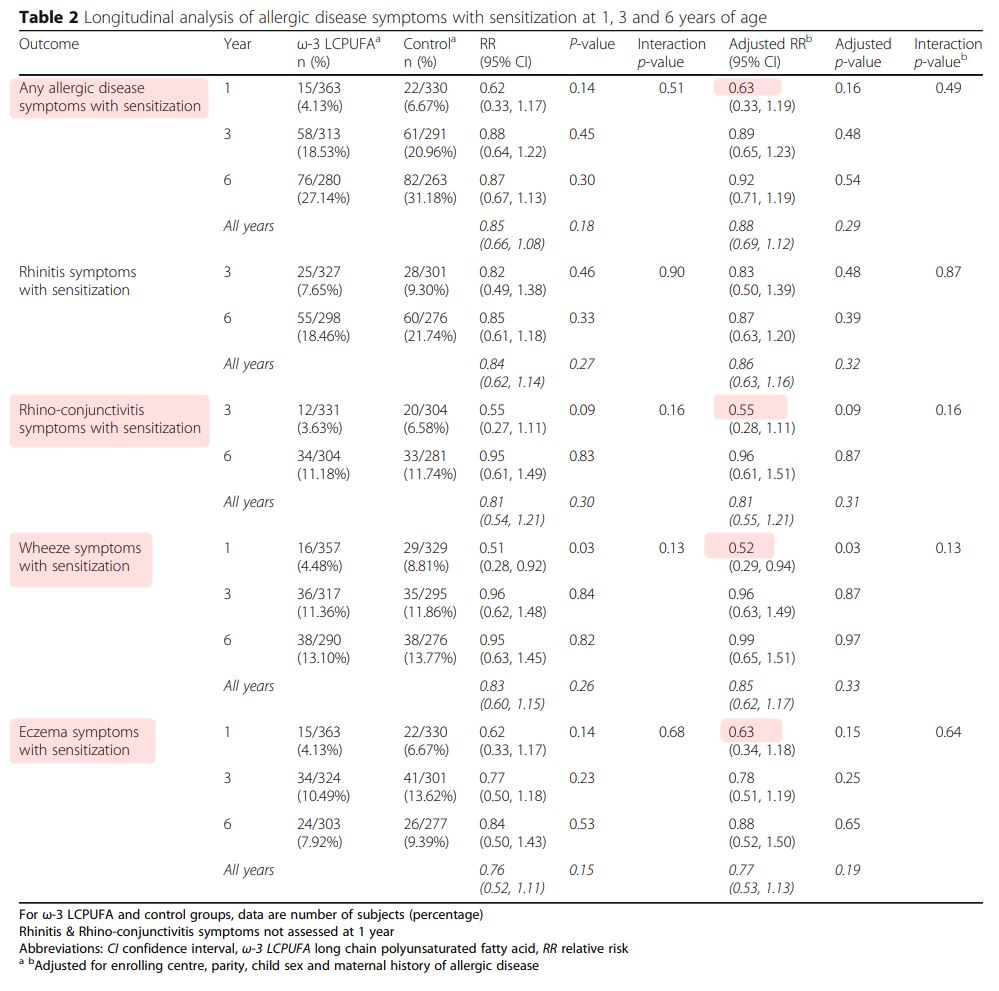 Background
Randomized controlled trials of prenatal omega (ω-3) long chain polyunsaturated fatty acid (LCPUFA) supplementation are suggestive of some protective effects on allergic sensitization and symptoms of allergic disease in childhood. Due to the nature of the atopic march, investigation of any effects of this prenatal intervention may be most informative when consistently assessed longitudinally during childhood.

Discussion
Although there is some evidence to suggest that maternal supplementation with 900mg ω-3 LCPUFA has a protective effect on early symptoms of allergic disease and sensitization in the offspring, we did not observe any differences in the progression of disease over time in this longitudinal analysis. Further investigation into the dose and timing of ω-3 LCPUFA supplementation, including long-term follow up of children using consistent outcome reporting, is essential to determine whether this intervention may be of benefit as a primary prevention strategy for allergic disease.

Conclusion
Maternal supplementation with 900 mg of ω-3 LCPUFA did not change the progression of IgE-mediated allergic disease symptoms or sensitization throughout childhood from 1 to 6 years.

The prevalence of allergic diseases has increased immensely over the past 2-3 decades, leading to significant decrease in the quality of life in patients who suffer from such disease states. The proposal of certain dietary changes during gestation to enhance the immune system in utero has been brought to light, specifically in the form of omega-3 polyunsaturated fatty acid (n-3 PUFA). This meta-analysis poses to provide a conclusion to if high levels of prenatal n-3 PUFA will have an immunological effect on the fetus thus decreasing their allergic risk later in life.
&nbspDownload the Poster PDF from VitaminDWiki 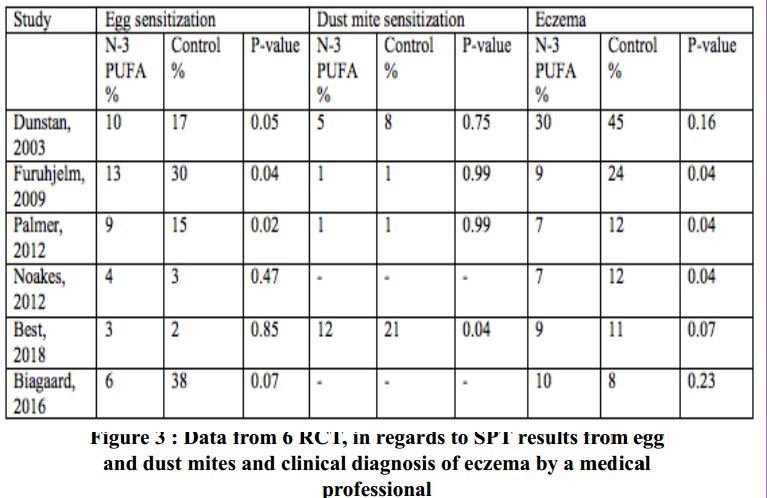 Prenatal Omega-3 somewhat reduced child allergies (should also reduce Omega-6) – RCT June 2018         Printer Friendly PDF this page! Follow this page for updates
This page is in the following categories (# of items in each category)
Vitamin D and Omega-3 367