Serotonin and vitamin D have been proposed to play a role in autism; however, no causal mechanism has been established.
Here, we present evidence that vitamin D hormone (calcitriol) activates the transcription of the serotonin-synthesizing gene tryptophan hydroxylase 2 (TPH2) in the brain at a vitamin D response element (VDRE) and represses the transcription of TPH1 in tissues outside the blood-brain barrier at a distinct VDRE.
The proposed mechanism explains 4 major characteristics associated with autism:

Two peptide hormones, oxytocin and vasopressin, are also associated with autism and genes encoding the oxytocin-neurophysin I preproprotein, the oxytocin receptor, and the arginine vasopressin receptor contain VDREs for activation.
Supplementation with vitamin D and tryptophan is a practical and affordable solution to help prevent autism and possibly ameliorate some symptoms of the disorder. 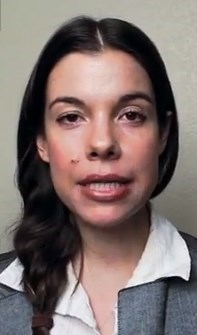 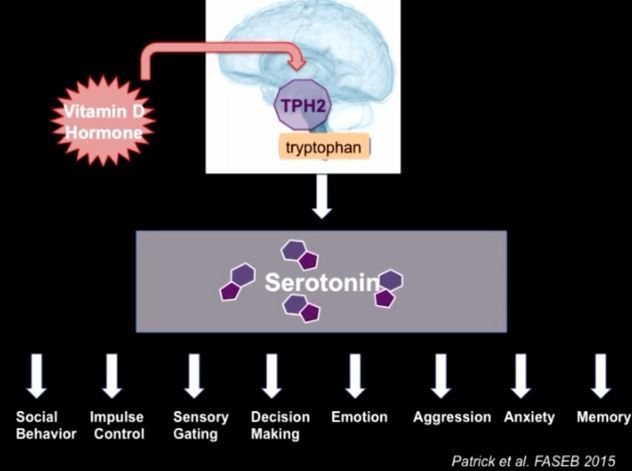 Serotonin regulated by Vitamin D – part 1 autism – Feb 2014         Printer Friendly PDF this page! Follow this page for updates
This page is in the following categories (# of items in each category)
Depression 240 Autism 145 Sleep 91 Vitamin D and Omega-3 374