Osteomalacia (soft bones - ricket in children) – Vitamin D occurs 87 times in PDF, but not once in the abstract – March 2018

Bone histomorphometry in the evaluation of osteomalacia.

Are the authors trying to hide the importance of Vitamin D to osteomalcia/rickets?

With the widespread use of measurement of bone mineral density to detect, diagnose, and monitor therapy in the management of osteoporosis, bone histomorphometry has largely been relegated to research settings and academic pursuits. However, bone density measurement cannot distinguish between osteoporosis and other metabolic bone disorders such as different types of osteomalacia, osteitis fibrosa, renal osteodystrophy, hypophosphatasia, and Paget's disease of bone. Furthermore, bone density test cannot tell us anything about microarchitecture of bone, tissue level dynamics, bone cellular activity, bone mineralization and bone remodeling, understanding of which is essential to make a specific diagnosis of a suspected metabolic bone disease, to evaluate beneficial (or adverse) effects of various therapies, treatment (medical or surgical) decisions in hyperparathyroid states. As a research tool, bone histomorphometry contributed immensely to our understanding of bone biology, revolutionized the study of the mechanism of actions of various therapies, and provided crucial understanding of the adverse effects of drugs.

A few of the occurrences of Vitamin D in the PDF 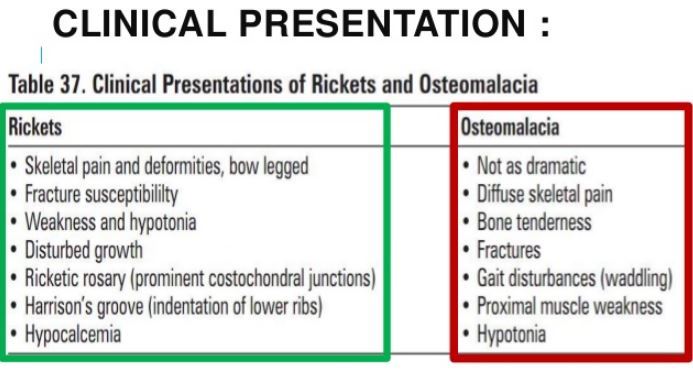 Osteomalacia (soft bones - ricket in children) – Vitamin D occurs 87 times in PDF, but not once in the abstract – March 2018         Printer Friendly Follow this page for updates
This page is in the following categories (# of items in each category)
Rickets 121 Osteoporosis 185 Falls and Fractures 232