Global survey of the omega-3 fatty acids, docosahexaenoic acid and eicosapentaenoic acid in the blood stream of healthy adults

Map in the PDF 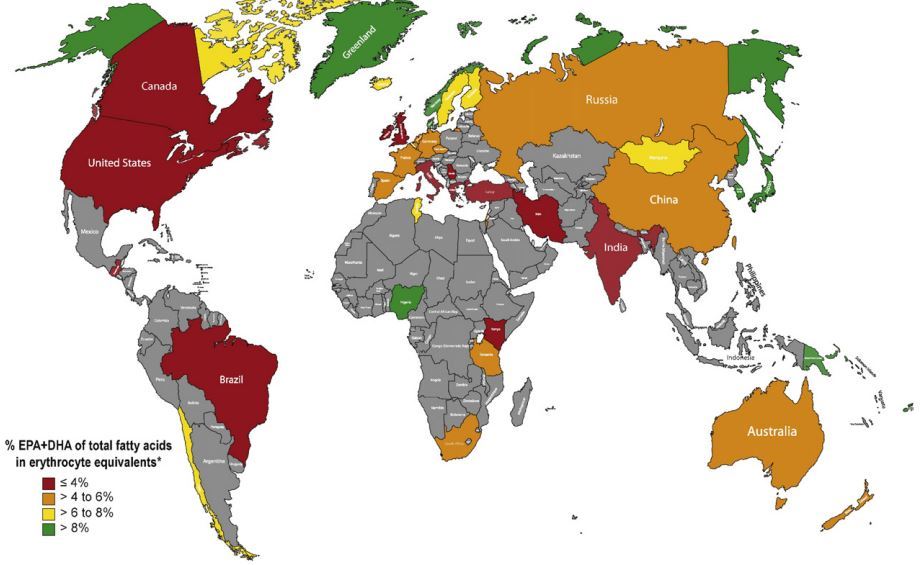 The present review reveals considerable variability in blood levels of EPA + DHA and the very low to low range of blood EPA + DHA for most of the world may increase global risk for chronic disease.

Omega-3 map (most of the world has low levels) – May 2016         Printer Friendly PDF this page! Follow this page for updates
This page is in the following categories (# of items in each category)
Vitamin D and Omega-3 370