Vitamin D and the Immune System from the Nephrologist's Viewpoint

Vitamin D and its analogues are widely used as treatments by clinical nephrologists, especially when treating chronic kidney disease (CKD) patients with secondary hyperparathyroidism. As CKD progresses, the ability to compensate for elevations in parathyroid hormone (PTH) and fibroblast growth factor-23 and for decreases in 1,25(OH)2D3 becomes inadequate, which results in hyperphosphatemia, abnormal bone disorders, and extra-skeletal calcification. In addition to its calciotropic effect on the regulation of calcium, phosphate, and parathyroid hormone, vitamin D has many other noncalciotropic effects, including controlling cell differentiation/proliferation and having immunomodulatory effects. There are several immune dysregulations that can be noted when renal function declines. Physicians need to know well both the classical and nonclassical functions of vitamin D. This review is an analysis from the nephrologist's viewpoint and focuses on the relationship between the vitamin D and the immune system, together with vitamin's clinical use to treat kidney diseases. 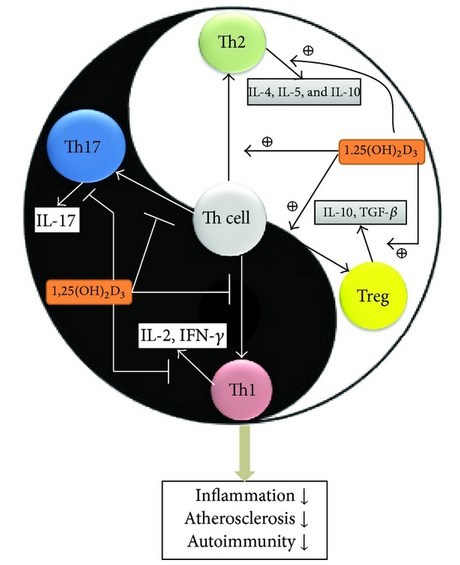 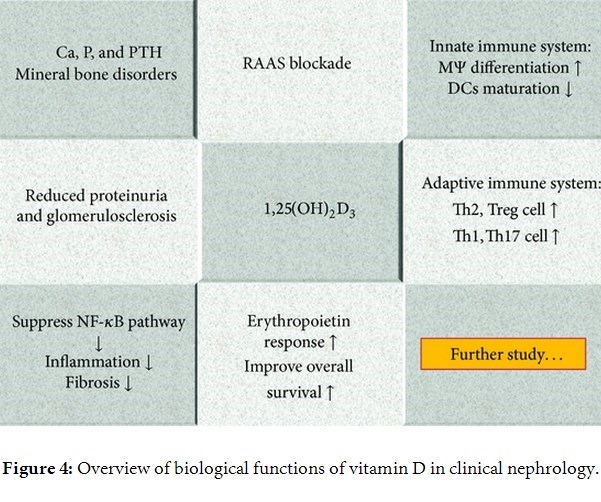 Kidney Inflammation: both prevented and reduced by Vitamin D – review Jan 2014         Printer Friendly PDF this page! Follow this page for updates
This page is in the following categories (# of items in each category)
Kidney 210 Inflammation 149