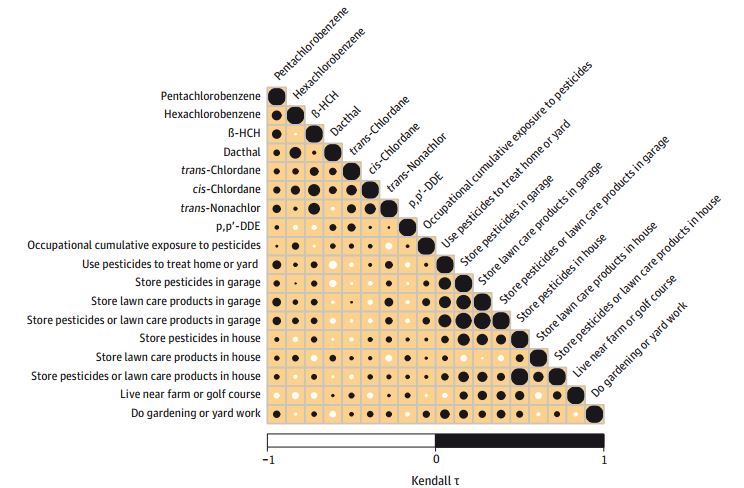 Interesting: DDT peak use is when the vitamin D deficiency epidemic started

A foreign “unnatural” (manmade) chemical should be a cellular stress stimuli which demands access to the DNA library for a cell which chews up vitamin D, and since there would be no proper stimuli response to a manmade chemical the stimuli would not go away and chew up vitamin D reserves.

Evolution has only provided DNA stimuli responses to things found in nature, not manmade chemicals, which would be totally foreign to the cell and offer a stress there was no response for.
This explains poor calcium transport in birds and the weak calcium formation of their eggs, and why DDT laden birds laid eggs that broke and crushed under the bird’s own weight.

Associations between Organochlorine Pesticides and Vitamin D Deficiency in the U.S. Population - 2012

Background: Recently low dose organochlorine (OC) pesticides have been strongly linked to various chronic diseases including diabetes and cardiovascular diseases. Both field and animal studies have suggested a possibility that persistent lipophilic chemicals like OC pesticides can cause vitamin D deficiency, but there have been no human studies of exposure to any chemical as a possible cause of vitamin D deficiency. This study was performed to examine if serum concentrations of OC pesticides were associated with serum concentrations of 25-hydroxyvitamin D (25(OH)D) in the U.S. general population.

Methodology/Principal Findings Cross-sectional associations of serum OC pesticides with serum 25(OH)D were investigated in 1,275 subjects aged ?20 in the National Health and Nutrition Examination Survey(NHANES), 2003–2004. We selected 7 OC pesticides detectable in ?80% of participants. Among the 7 OC pesticides, p,p?-DDT (? = ?0.022, P<0.01), p,p?-DDE (? = ?0.018, P = 0.04), and ?-hexachlorocyclohexane (? = ?0.022, P = 0.02) showed significant inverse associations with serum 25(OH)D levels. When study subjects were stratified by age, race, and the presence of various chronic diseases, p,p?-DDT showed consistent inverse associations in all subgroups, although stronger associations tended to be observed among subjects with old age, white race, or chronic diseases. 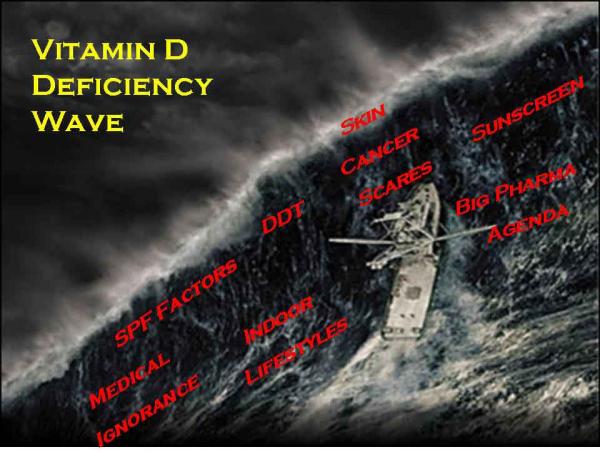 Thomas O made this graphic as a result of this paper

“We have known for many years that DDT causes egg shell thinning,” says David Carpenter, PhD, director of the Institute for Health and Environment at the University of Albany, New York. “Since egg shell thickness is regulated by vitamin D, this study shows that the same suppression of vitamin D occurs in humans.”

Most organochlorine pesticides were banned in the U.S. decades ago, but are still detectable in people because they resist biodegradation in the environment, are lipophilic and accumulate in fat tissues. However, organochlorine uses do continue in the U.S., although EPA has proclaimed that they represent unreasonable risks. Under an agreement EPA negotiated in July 2010, most currently approved endosulfan crop uses will end in 2012, including over 30 crop uses plus use on ornamental trees, shrubs, and herbaceous plants. About 12 other crop uses will end over the following four years. Of these 12, the last four endosulfan uses will end on July 31, 2016. See details on EPA’s phase-out agreement. Under a separate agreement signed last year, dicofol, an organochlorine miticide/pesticide, may continue to be used through 2016 for foliar applications on cotton, apples, citrus, strawberries, mint, beans, peppers, tomatoes, pecans, walnuts, stonefruit, cucurbits, and non-residential lawns/ornamentals. According to EPA, “Trace amounts of DDT (<0.1%) have been measured in dicofol products given its use in the manufacture of dicofol..." Lindane shampoos for lice and lotion for scabies is still permitted by the Food ad Drug Administration as prescription only products. The wood preservative, pentachlorophenol, is still allowed by EPA to be used on treated telephone poles that line streets and backyards across the country.

Organochlorines have been linked to a number of adverse effects to human health, including birth defects and diabetes. One study found a correlation between organochlorine metabolites in fatty tissue and an increased risk of non-Hodgkin’s Lymphoma. The most infamous member of this class of pesticides if DDT. A long line of recent studies associated with the negative health effects of DDT include breast cancer and autism. Despite the fact that DDT was banned in the U.S. in 1972, concentrations of this toxic chemical’s major metabolite, DDE, have remained alarmingly high in many ecosystems, including surface waters, the arctic, and even U.S. national parks.

Studies like these illustrate how the health impacts of pesticides can be often subtle and delayed, and pesticides once considered to pose “acceptable” risks are continuing to affect public health. In response to the growing evidence linking pesticide exposures to numerous human health effects, Beyond Pesticides’ Pesticide-Induced Diseases Database captures the range of diseases linked to pesticides through epidemiologic studies. The database, which currently contains hundreds of entries of epidemiologic and laboratory exposure studies, is continually updated to track the emerging findings and trends.

A Beyond Pesticides Factsheet

The following is a small clip of their page

PESTICIDES IN THE WATER

DDT and other pesticides decrease vitamin D – Jan 2012         Printer Friendly PDF this page! Follow this page for updates
This page is in the following categories (# of items in each category)
Interactions with Vitamin D 103