Background
Increasing evidence shows an association between the use of vitamin D and improvement in age-related cognitive decline. In this study, we investigated the possible mechanisms involved in the neuroprotective effects of vitamin D on age-related brain changes and cognitive function.

Results
Our results show that:


Conclusions
Our data suggest that vitamin D supplementation modulated age-related increase in pro-inflammatory state and amyloid burden. It is possible that these effects of vitamin D mediated the decrease memory impairment seen in the aged rats making it a useful therapeutic option to alleviate the effects of aging on cognitive function. 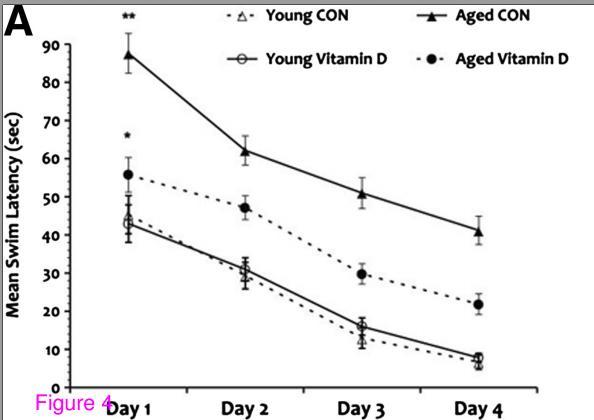