Background
A season of birth effect in immune-mediated diseases (ID) such as multiple sclerosis and type 1 diabetes has been consistently reported. We aimed to investigate whether season of birth influences the risk of rheumatoid arthritis, Crohn's disease, ulcerative colitis and systemic lupus erythematosus in addition to multiple sclerosis, and to explore the correlation between the risk of ID and predicted ultraviolet B (UVB) light exposure and vitamin D status during gestation.

Methods
The monthly distribution of births of patients with ID from the UK (n = 115,172) was compared to that of the general population using the Cosinor test. Predicted UVB radiation and vitamin D status in different time windows during pregnancy were calculated for each month of birth and correlated with risk of ID using the Spearman's correlation coefficient.

Conclusions
The risk of different ID in the UK is significantly influenced by the season of birth, suggesting the presence of a shared seasonal risk factor or factors predisposing to ID. Gestational UVB and vitamin D exposure may be implicated in the aetiology of ID. 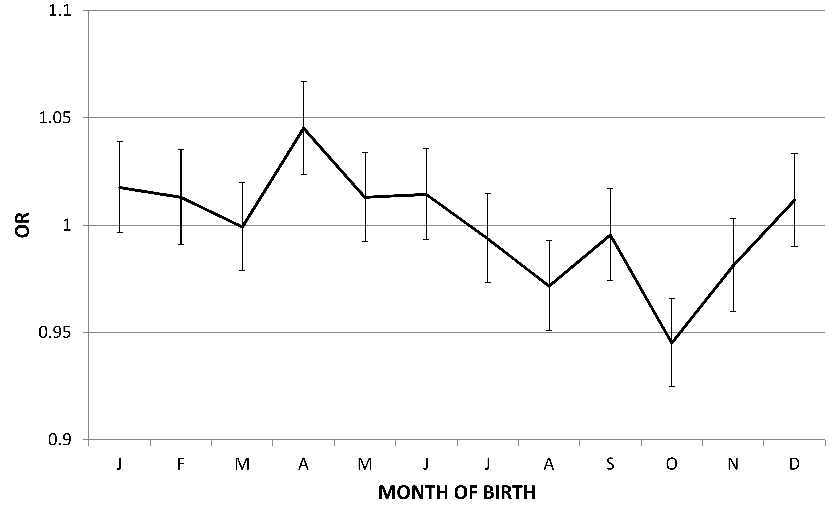 Provisional PDF is attached at bottom of this page