Clipped from Beyond Cholesterol section = Vitamin D: A Double-Edged Sword?

While vitamin K, especially vitamin K2, seems to be straightforwardly protective, the story of vitamins A and D is more complex. When vitamins A and D are both provided abundantly, they maximize the protective effect of vitamin K, but when vitamin D is provided in great excess of vitamin A, it actually promotes abnormal, pathological calcification of soft tissues, including arteries.12,13,14 This finding suggests that vitamin D may be a double-edged sword, with the ability to either prevent or promote heart disease, depending on the dietary context in which it is provided.

Indeed, both severe deficiencies of vitamin D 15 and hefty excesses of the vitamin 16 promote atherosclerosis in animal experiments. Observational studies in humans show that the risk of heart disease declines as vitamin D status increases. This relationship plateaus at about 24 ng/mL, and there is very little data exploring higher levels (see Figure 1). However, a recently published study suggested that having vitamin D status higher than 40 ng/mL is just as dangerous as having vitamin D status lower than 12 ng/ mL (see Figure 2). When viewed together, the evidence in animals and humans suggests that vitamin D protects against heart disease at the right dose, but that too much vitamin D actually contributes to heart disease. 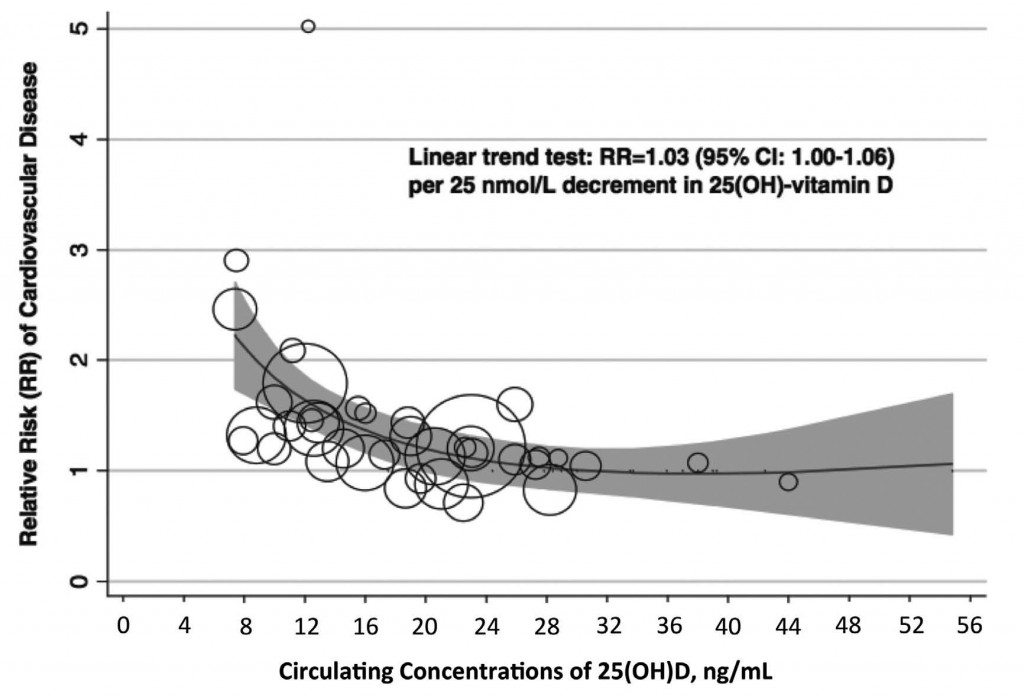 Figure 1: The Risk of Cardiovascular Disease Declines with Increasing 25(OH)D Up to 24 ng/mL

This figure is adapted from Figure 3 as originally published in reference 27. The horizontal axis has been converted from nmol/L to ng/mL so that the units correspond to those used by clinical laboratories in the United States. The figure depicts data pooled from sixteen independent studies measuring serum 25(OH)D and subsequent risk of cardiovascular disease. 25(OH) D is a metabolic product of vitamin D that is often used as a measure of vitamin D status, though there are problems with this. Each circle represents an independent risk estimate for a given category of 25(OH)D from an individual study. The size of the circle represents the statistical power of the study, driven in part by low variation but mostly by large sample size. Circles further to the right represent higher concentrations of 25(OH)D and those higher up represent higher risks of cardiovascular disease. The shaded area represents the confidence interval. The more narrow the shaded area, the higher our confidence in the estimates; the wider the shaded area, the more uncertainty we have.

The risk of cardiovascular disease declines with increasing 25(OH)D up to 24 ng/mL but appears to plateau thereafter. There are only two data points with poor statistical power at concentrations higher than 32 ng/mL and there are no data points at concentrations higher than about 45 ng/mL. The paucity of the data in these regions makes the uncertainty surrounding the risk estimate very high, represented by the increasingly wide shaded area. 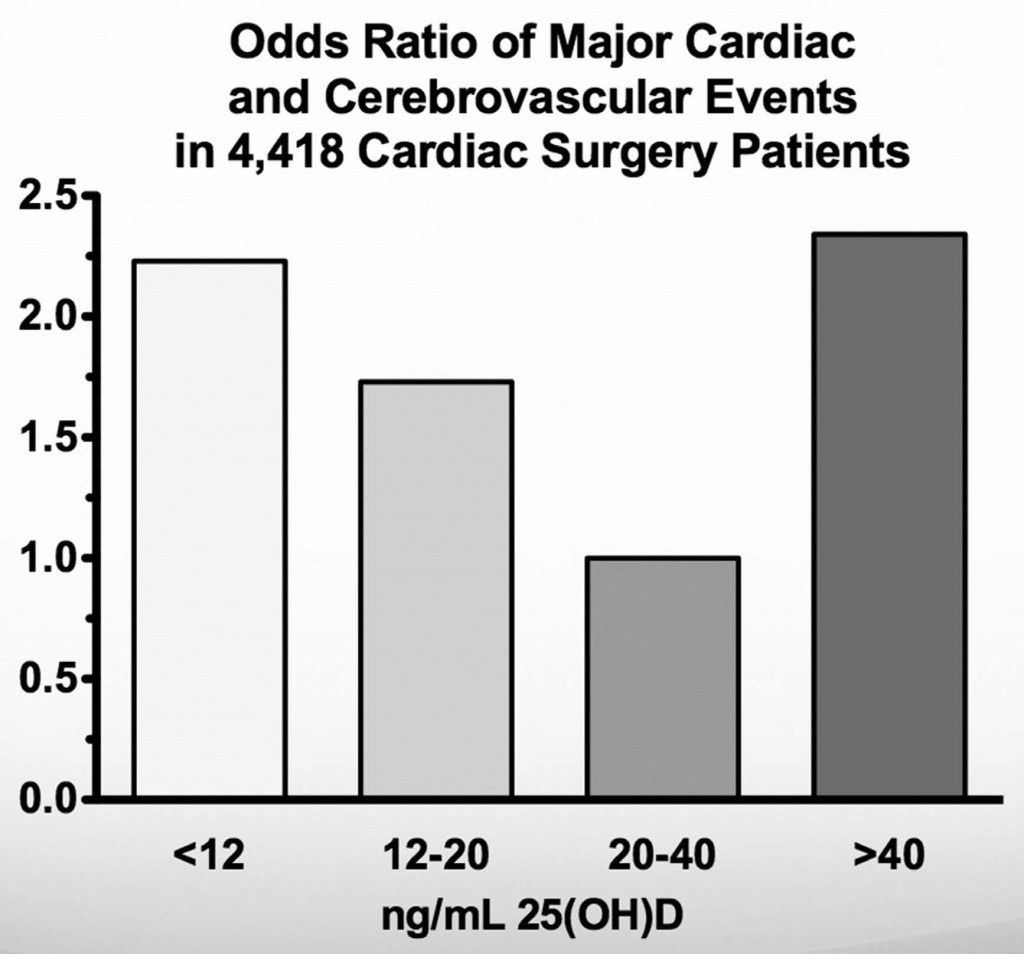 Figure 2: The Risk of Cardiovascular Events is Lowest between 20-40 ng/mL among Cardiac Surgery Patients

This figure is adapted from the data in reference 28. The researchers measured serum 25(OH)D in just under 4,500 cardiac surgery patients, in whom the risk of future cardiovascular events was very high. Over the following year, 11.5 percent of the patients suffered a major event. The risk decreased with increasing concentrations of 25(OH)D up to 40 ng/mL, but increased thereafter. Those with 20-40 ng/mL had the lowest risk, but those with concentrations greater than 40 ng/mL had just as high a risk as those with less than 12 ng/mL.

Many readers may be surprised that people with vitamin D status higher than 40 ng/mL have a higher risk of heart disease when so many advocates of vitamin D supplementation recommend levels much higher than this. Part of the reason many people recommend higher levels is because they view the evidence within the framework of the very influential but very problematic “naked ape” hypothesis of optimal vitamin D status (see sidebar).

We should keep in mind, however, that none of these studies takes into account the interactions between vitamins A, D and K. It may be that vitamin D status higher than 40 ng/mL protects against heart disease in the context of a diet that provides liberal amounts of organ meats, animal fats and fermented foods. It may also be that a simple cause-and-effect relationship between vitamin D exposure and serum 25(OH)D, or between serum 25(OH)D and disease risk, greatly oversimplifies the issue (see sidebar). The uncertainty over these questions underlines the need to pay more attention to optimizing the nutrient density and nutrient balance of the diet rather than overemphasizing the usefulness and importance of optimizing blood levels of vitamin D.

Some of the REFERENCES 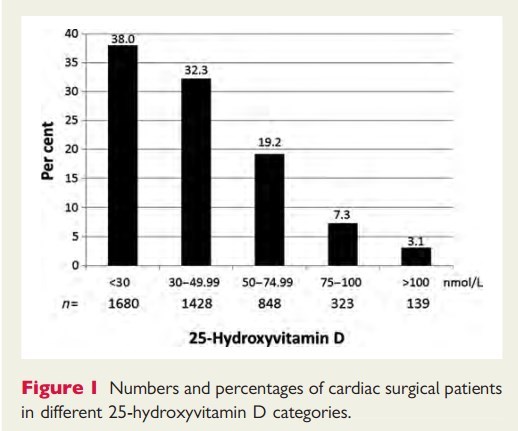 Printer Friendly PDF this page! Follow this page for updates
This page is in the following categories (# of items in each category)
Cardiovascular 422
Edit Comments Files 3