Environmental factors and multiple sclerosis - 2008
" In native-born Canadians, estimated female-to-male ratios changed from 1 in the early 1900s to 3·5; [31] a similar increase is seen in European migrants to Canada (Ebers, Orton, and Sadovnick, unpublished data). Notably, this increase began long before the introduction of oral contraceptives, refrigeration, or perhaps the increase in popularity of smoking in women. In Scotland, a similar change is more recent, the ratio being at unity in the 1950s [53] but now exceeding 3. These findings further indicate that individuals who have the same genetic background change their risk of MS through environmental differences."
References

Temporal trends in the incidence of multiple sclerosis - A systematic review 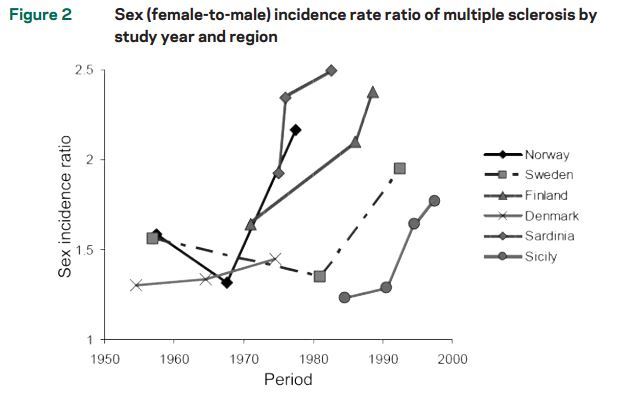 100 years ago men got MS more often than women 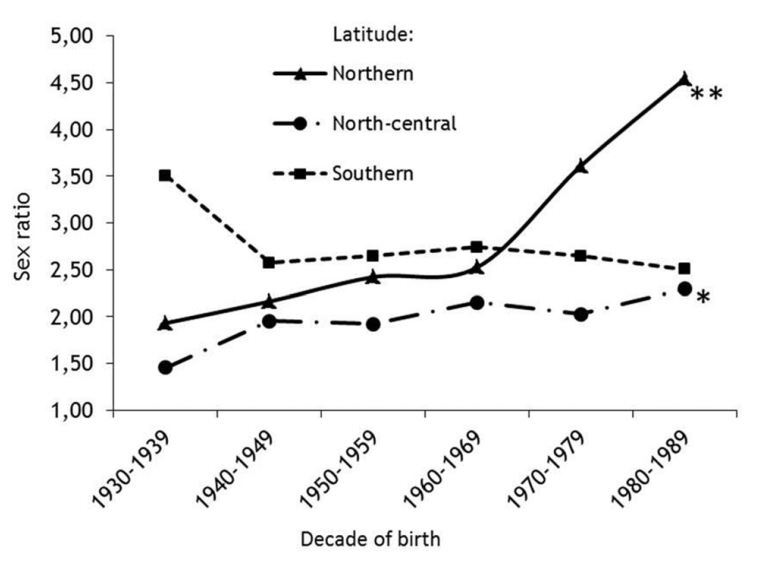 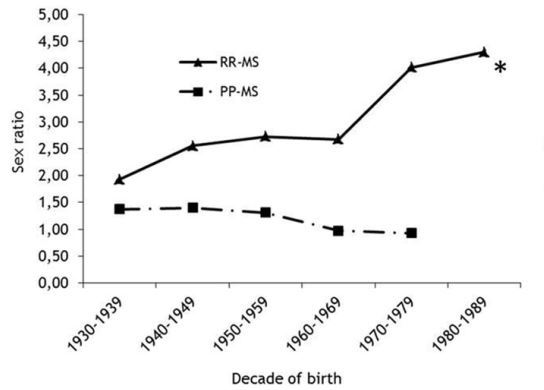 Questions by the founder of VitaminDWiki

Multiple Sclerosis – 3X higher incidence in women, previously 1X, wonder why         Printer Friendly PDF this page! Follow this page for updates
This page is in the following categories (# of items in each category)
Multiple Sclerosis 381 Autoimmune 186 Top news 889 Women 167