Vitamin D in pregnancy at high latitude in Scotland.

Data from the article was made into a chart by Dr. Raimund von Helden 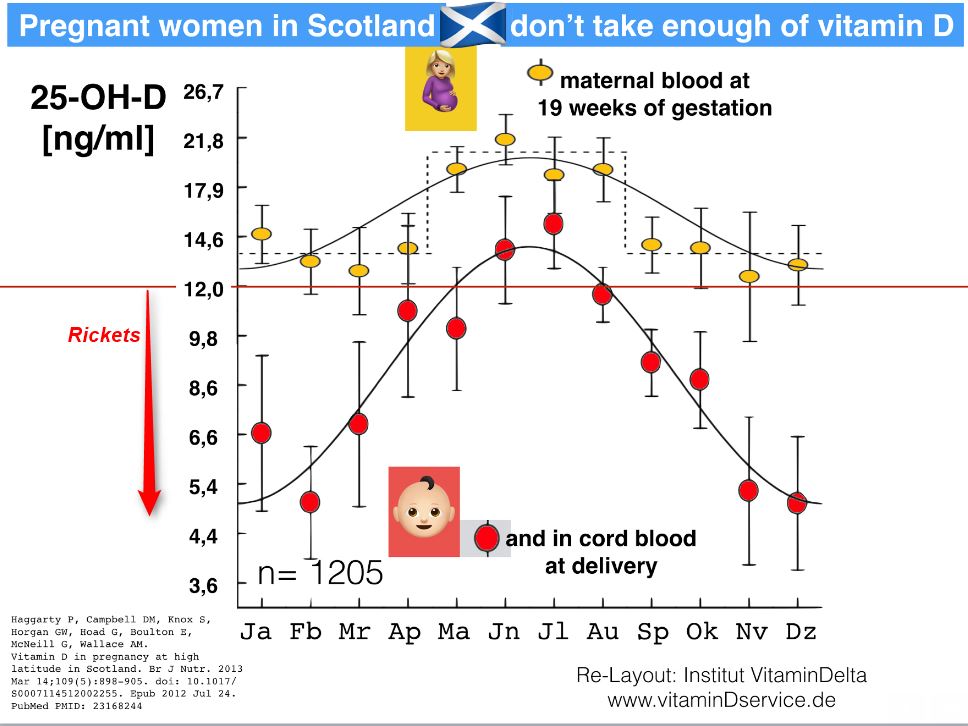 Don’t be pregnant in Scotland – March 2013         Printer Friendly PDF this page! Follow this page for updates
This page is in the following categories (# of items in each category)
Pregnancy 826 Vitamin D Far from equator 117

All pregnant women in Scotland to get free vitamin D - April 2017Newborn vitamin D level is often lower than maternal, this study says it is d...Problems with low UV and vitamin D in Scotland - Jan 2012Suggest more vitamin D above the Arctic Circle – May 2013