Curcumin, inflammation, and chronic diseases: how are they linked? May 2015 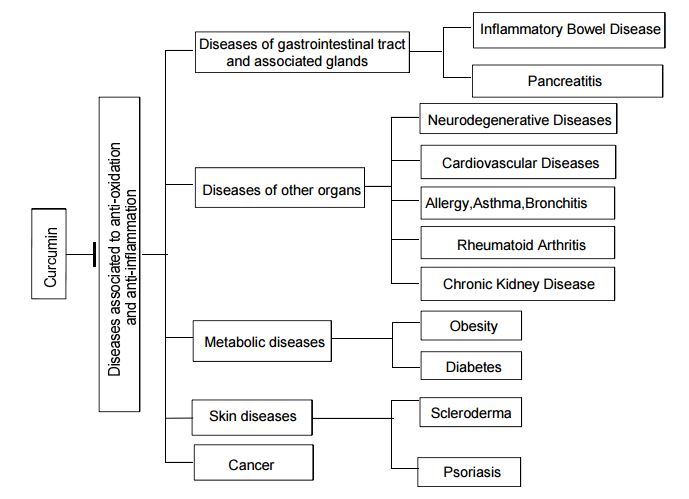 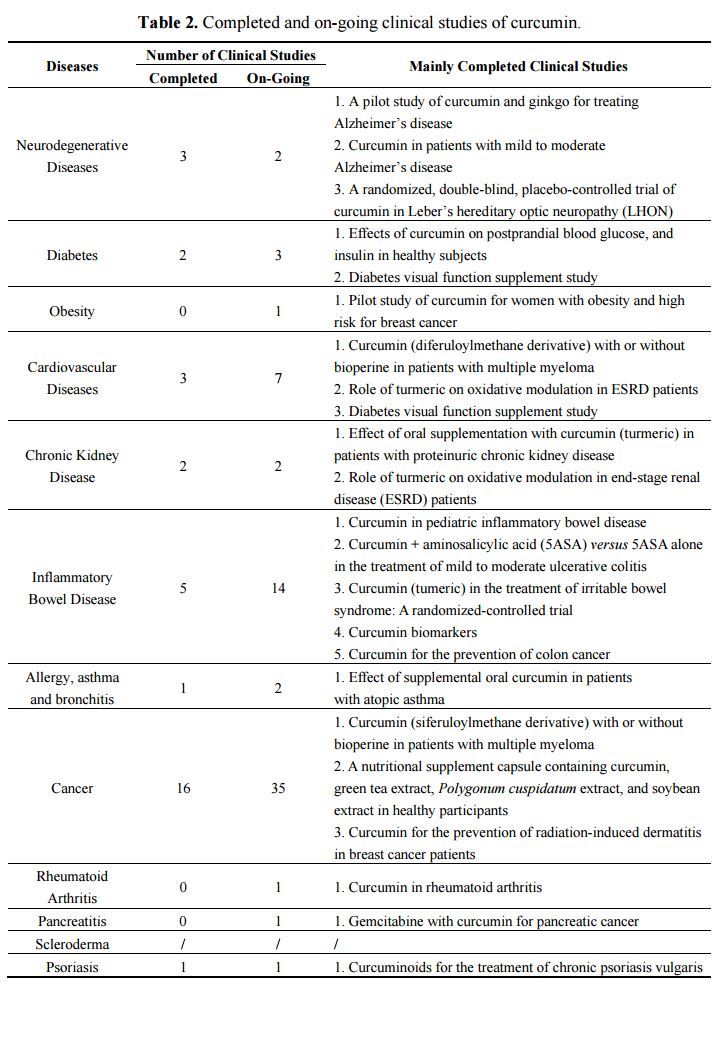 Type 2 diabetes mellitus is a metabolic disease characterized by persistent hyperglycemia. High blood sugar can produce long-term complications such as cardiovascular and renal disorders, retinopathy, and poor blood flow. Its development can be prevented or delayed in people with impaired glucose tolerance by implementing lifestyle changes or the use of therapeutic agents. Some of these drugs have been obtained from plants or have a microbial origin, such as galegine isolated from Galega officinalis, which has a great similarity to the antidiabetic drug metformin. Picnogenol, acarbose, miglitol, and voglibose are other antidiabetic products of natural origin. This review compiles the principal articles on medicinal plants used for treating diabetes and its comorbidities, as well as mechanisms of natural products as antidiabetic agents. Inhibition of α-glucosidase and α-amylase, effects on glucose uptake and glucose transporters, modification of mechanisms mediated by the peroxisome proliferator-activated receptor, inhibition of protein tyrosine phosphatase 1B activity, modification of gene expression, and activities of hormones involved in glucose homeostasis such as adiponectin, resistin, and incretin, and reduction of oxidative stress are some of the mechanisms in which natural products are involved. We also review the most relevant clinical trials performed with medicinal plants and natural products such as aloe, banaba, bitter melon, caper, cinnamon, cocoa, coffee, fenugreek, garlic, guava, gymnema, nettle, sage, soybean, green and black tea, turmeric, walnut, and yerba mate.
Compounds of high interest as potential antidiabetics are: fukugetin, palmatine, berberine, honokiol, amorfrutins, trigonelline, gymnemic acids, gurmarin, and phlorizin.

Curcumin: A Natural Product for Diabetes and its Complications - 2015

Curcumin is the yellow-colored bioactive constituent of the perennial plant, Curcuma longa L., which possesses a wide range of physiological and pharmacological properties such as antioxidant, anti-inflammatory, anticancer, neuroprotective and anti-diabetic activities. Anti-diabetic activity of curcumin may be due to its potent ability to suppress oxidative stress and inflammation. Moreover, it shows a beneficial role on the diabetesinduced endothelial dysfunction and induces a down-regulation of nuclear factor-kappa B. Curcumin possesses a protective role against advanced glycation as well as collagen crosslinking and through this way, mitigates advanced glycation end products-induced complications of diabetes. Curcumin also reduces blood glucose, and the levels of glycosylated hemoglobin in diabetic rat through the regulation of polyol pathway. It also suppresses increased bone resorption through the inhibition of osteoclastogenesis and expression of the AP-1 transcription factors, c-fos and c-jun, in diabetic animals. Overall, scientific literature shows that curcumin possesses anti-diabetic effects and mitigates diabetes complications. Here we report a systematical discussion on the beneficial role of curcumin on diabetes and its complications with emphasis on its molecular mechanisms of actions.

The beneficial role of curcumin on inflammation, diabetes and neurodegenerative disease: A recent update. Sept 2015

The concept of using phytochemicals has ushered in a new revolution in pharmaceuticals. Naturally occurring polyphenols (like curcumin, morin, resveratrol, etc.) have gained importance because of their minimal side effects, low cost and abundance. Curcumin (diferuloylmethane) is a component of turmeric isolated from the rhizome of Curcuma longa.
Research for more than two decades has revealed the pleiotropic nature of the biological effects of this molecule.
More than 7000 published articles have shed light on the various aspects of curcumin including its

Curcumin, therefore, could be a therapeutic option for the treatment of these diseases, provided limitations in its oral bioavailability can be overcome. The current review provides an updated overview of the metabolism and mechanism of action of curcumin in various organ pathophysiologies. The review also discusses the potential for multifunctional therapeutic application of curcumin and its recent progress in clinical biology.

It is known that there is a significant interplay of insulin resistance, oxidative stress, dyslipidemia, and inflammation in type 2 diabetes mellitus (T2DM). The study was undertaken to investigate the effect of turmeric as an adjuvant to anti-diabetic therapy. Sixty diabetic subjects on metformin therapy were recruited and randomized into two groups (30 each). Group I received standard metformin treatment while group II was on standard metformin therapy with turmeric (2 g) supplements for 4 weeks. The biochemical parameters were assessed at the time of recruitment for study and after 4 weeks of treatment.
Turmeric supplementation in metformin treated type 2 diabetic patient significantly decreased

The Indian spice turmeric, in which the active and dominant biomolecule is curcumin, has been demonstrated to have significant medicinal properties, including anti-inflammatory and anti-neoplastic effects. This promise is potentially very applicable to musculoskeletal disorders, which are common causes of physician visits worldwide. Research at the laboratory, translational and clinical levels that supports the use of curcumin for various musculoskeletal disorders, such as

is here in comprehensively summarized. Though more phase I-III trials are clearly needed, thus far the existing data show that curcumin can indeed potentially be useful in treatment of the hundreds of millions worldwide who are afflicted by these musculoskeletal disorders.

Curcumin and diabetes: a role for the vitamin D receptor? - Dec 2012

Recent Developments in Delivery, Bioavailability, Absorption and Metabolism of Curcumin - 2014 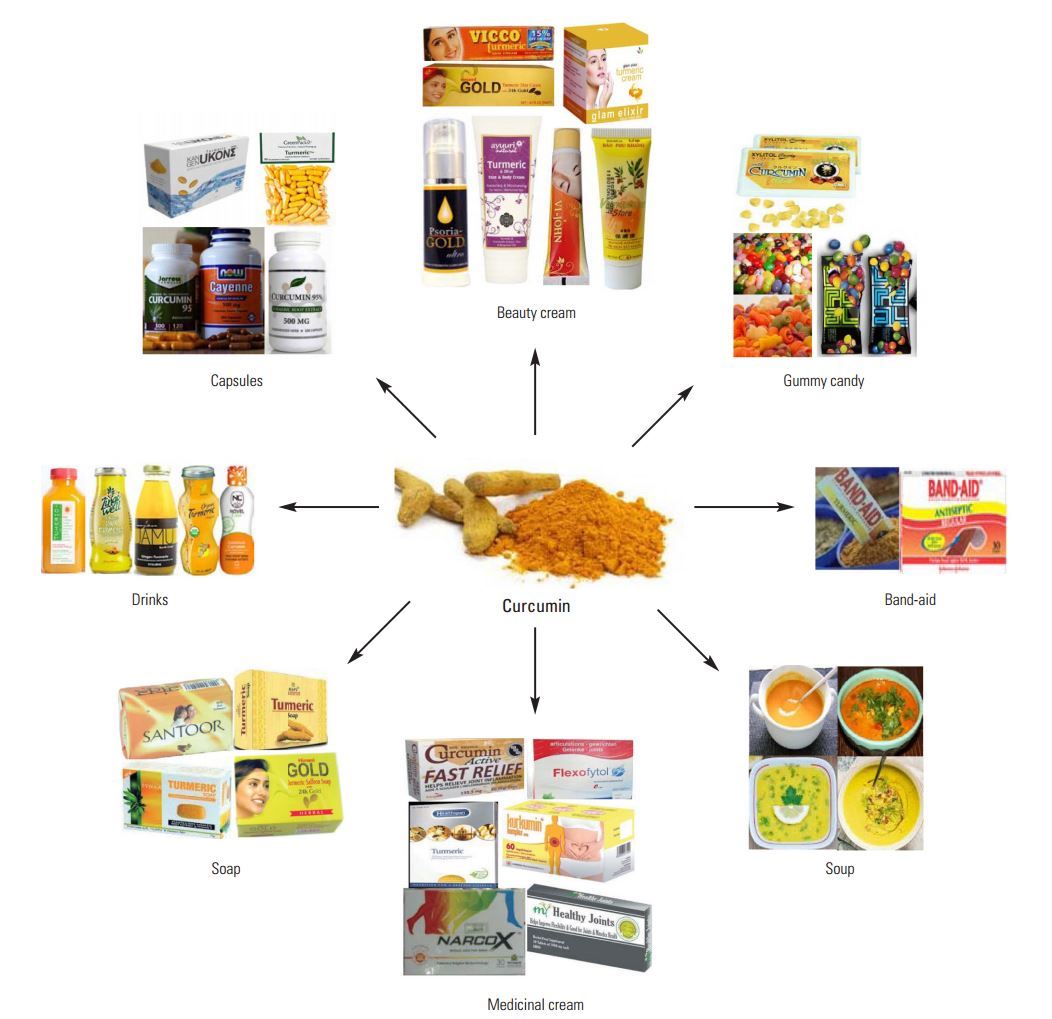 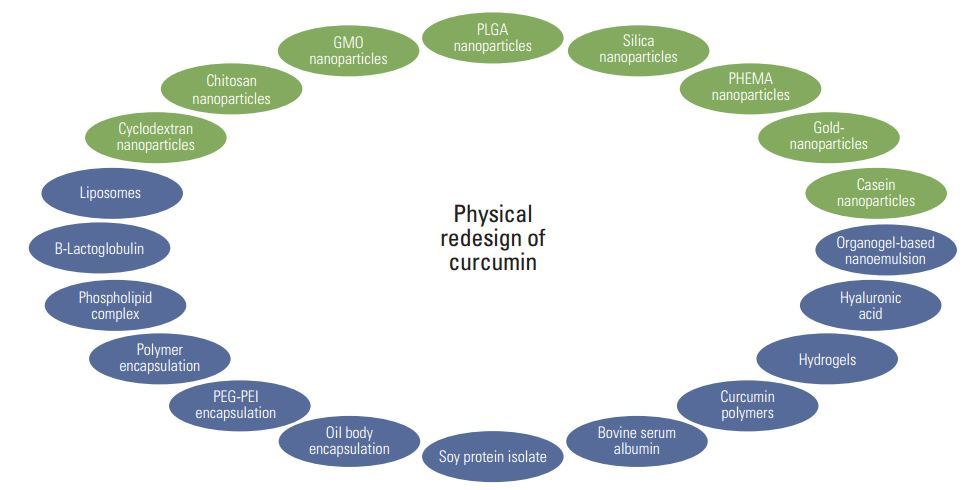 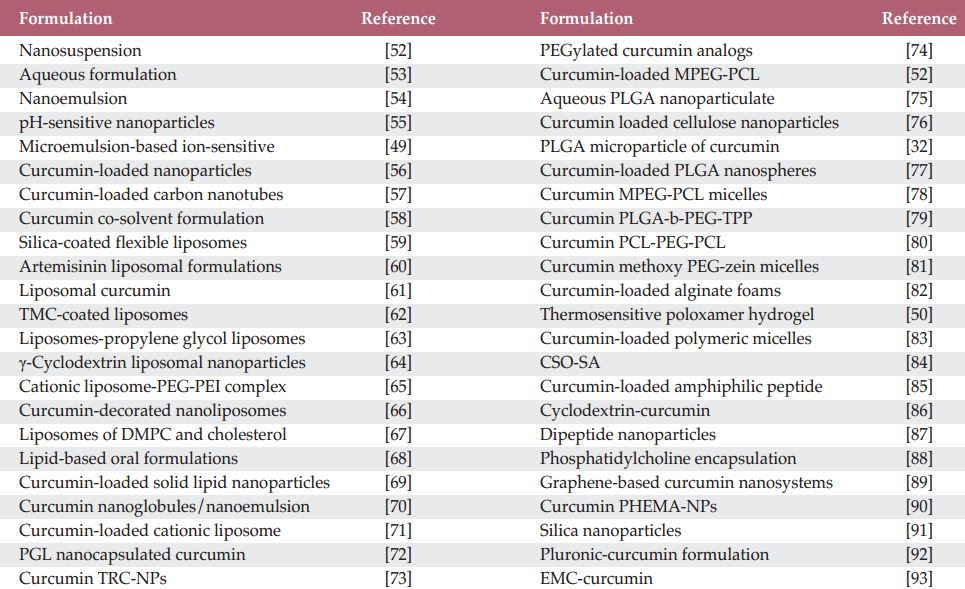 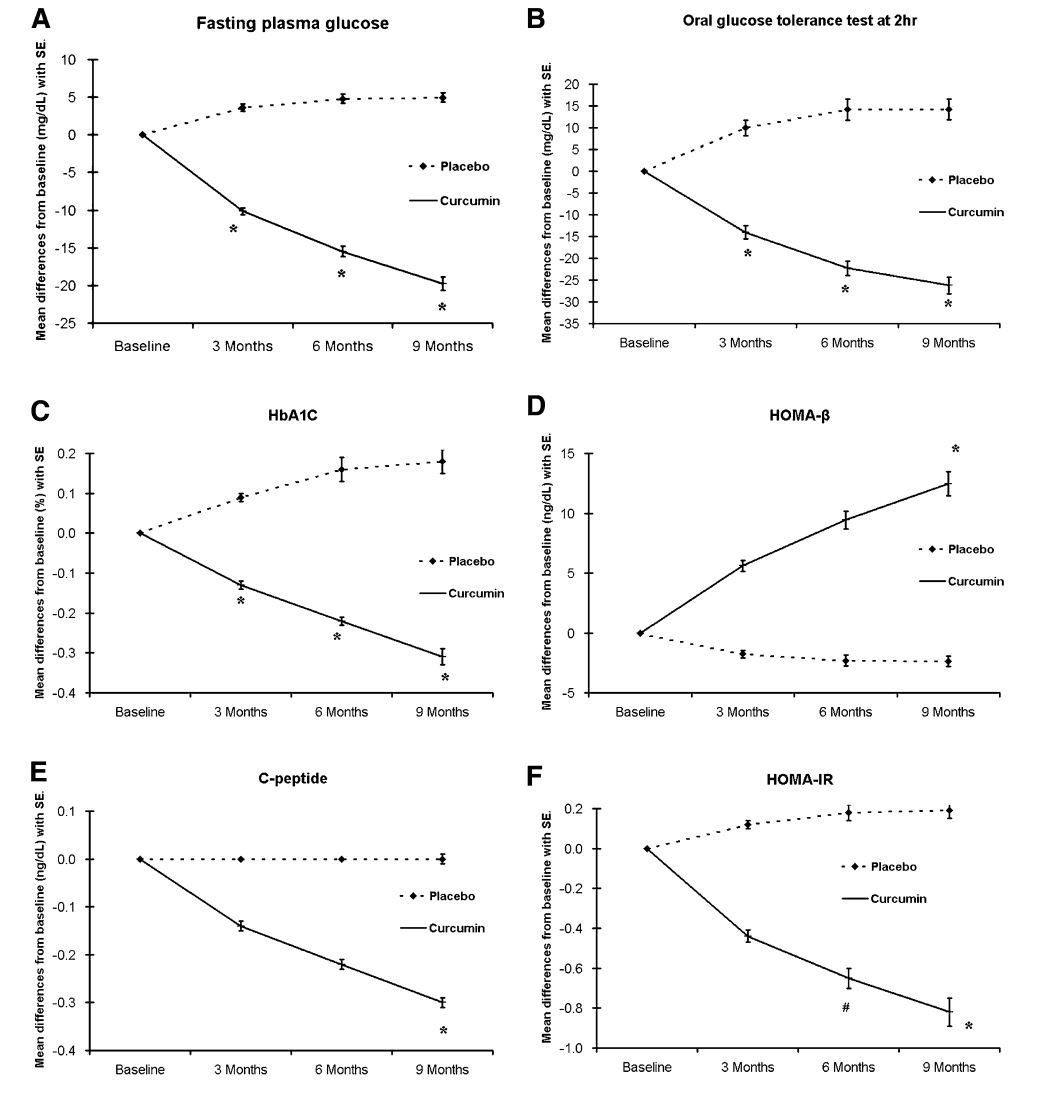 Curcumin is a lipophilic molecule with an active ingredient in the herbal remedy and dietary spice turmeric. It is used by different
folks for treatment of many diseases. Recent studies have discussed poor bioavailability of curcumin because of poor absorption,
rapid metabolism, and rapid systemic elimination.
Nanotechnology is an emerging field that is potentially changing the way we can treat diseases through drug delivery with curcumin. The recent investigations established several approaches to

Several types of nanoparticles have been found to be suitable for the encapsulation or loading of curcumin to improve its therapeutic effects in different diseases. Nanoparticles such as liposomes, polymeric nanoparticles, micelles, nanogels, niosomes, cyclodextrins, dendrimers, silvers, and solid lipids are emerging as one of the useful alternatives that have been shown to deliver therapeutic concentrations of curcumin. This review shows that curcumin’s therapeutic effects may increase to some extent in the presence of nanotechnology. The presented board of evidence focuses on the valuable special effects of curcumin on different diseases and candidates it for future clinical studies in the realm of these diseases 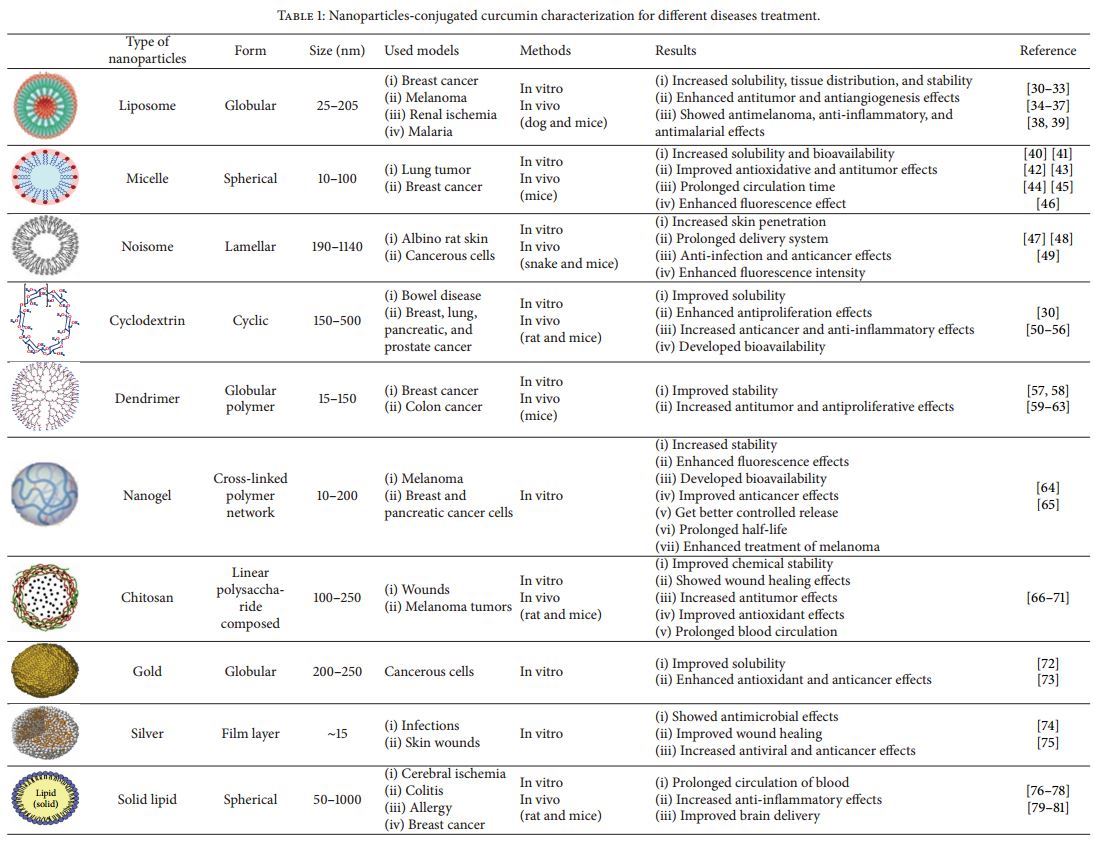 Note: Google is going to focus on Diabetes Detection and Treatment (nothing about PREVENTION) - Sept 2015

Google Life Sciences Makes Diabetes Its First Big Target Wired Mag
" It is working with French pharmaceutical giant Sanofi, one of the world’s largest pharmaceutical companies"
"The life sciences unit already has developed a contact lens for measuring blood glucose levels. . . "
“New technologies could make it simple for a physician to understand when a patient’s blood sugar is tracking high for days in a row,”

Print
Edit
See any problem with this page? Report it (FINALLY WORKS)