Vitamin D deficiency is a significant problem for a growing proportion of the UK population.
Individuals with dark or covered skin are at particularly high risk due to ethno-cultural, environmental and genetic factors.
We assessed the level of awareness of vitamin D deficiency among at-risk patients in order to identify groups most in need of education.

Findings A cross-sectional survey using a piloted questionnaire was conducted among consecutive at-risk patients without a diagnosis of Vitamin D deficiency arriving at a large inner city general practice in the North West of England over a five day period.

Conclusion: The majority of at-risk patients are aware of vitamin D; nevertheless, there is a significant lack of knowledge among older people, who have higher morbidity.
A programme of targeted education of the at-risk population is recommended. 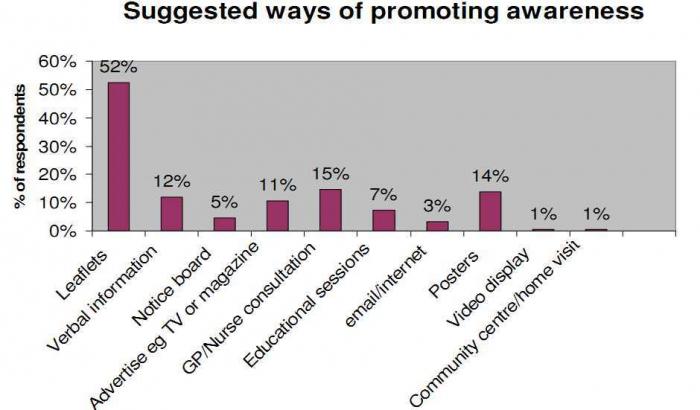 Provisional PDF is attached at bottom of this page

and about a dozen more - who are typically not visually discernable (MS, HIV, gut problems, kidney failure, liver failure, etc)

28 pct of dark skinned people in UK not heard of vitamin D and 54 pct not know symptoms – Jan 2012         Printer Friendly PDF this page! Follow this page for updates
This page is in the following categories (# of items in each category)