40 years ago a vitamin D mistake was made


- - - - - - - start of clip - - - - - -
For decades, vitamin D was thought to be a teratogen - an agent that cause birth defects - after reports from the U.K. emerged in the 1960s of babies born with heart defects, mental disabilities and elf-like facial features. The babies were found to have high levels of calcium, which doctors attributed to too much vitamin D, since the vitamin helps the body absorb calcium.

What they discovered years later – through genetic technology - was the children had Williams syndrome, a rare disorder caused by deleted genes that affects how babies metabolize vitamin D, leading to higher levels.
The conditions weren't a symptom of too much vitamin D but rather a genetic syndrome.
"For 30-plus years it was dogma that (vitamin D in pregnancy) was dangerous, that you didn't need very much and what you did need you could get from just casual sunlight exposure," Wagner said. "What we know now, from a decade of very intensive research, is that that's not the case."
- - - - end of clip - - - - 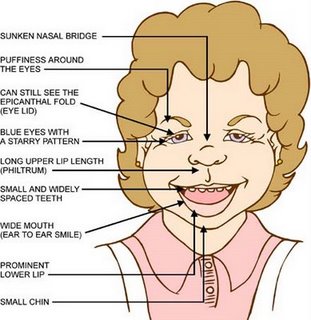 The medical profession has never "jumped to conclusions"

and has always made "evidence based" conclusions

40 years ago a vitamin D mistake was made         Printer Friendly PDF this page! Follow this page for updates
This page is in the following categories (# of items in each category)