Cardiovascular Disease and vitamin D – no proof yet – Sept 2015

First described in relation to musculoskeletal disease, there is accumulating data to suggest that vitamin D may play an important role in cardiovascular disease (CVD). In this review we aim to provide an overview of the role of vitamin D status as both a marker of and potentially causative agent of hypertension, coronary artery disease, heart failure, atrial fibrillation, stroke, and peripheral vascular disease. The role of vitamin D levels as a disease marker for all-cause mortality is also discussed. We review the current knowledge gathered from experimental studies, observational studies, randomised controlled trials, and subsequent systematic reviews in order to suggest the optimal vitamin D level for CVD protection. 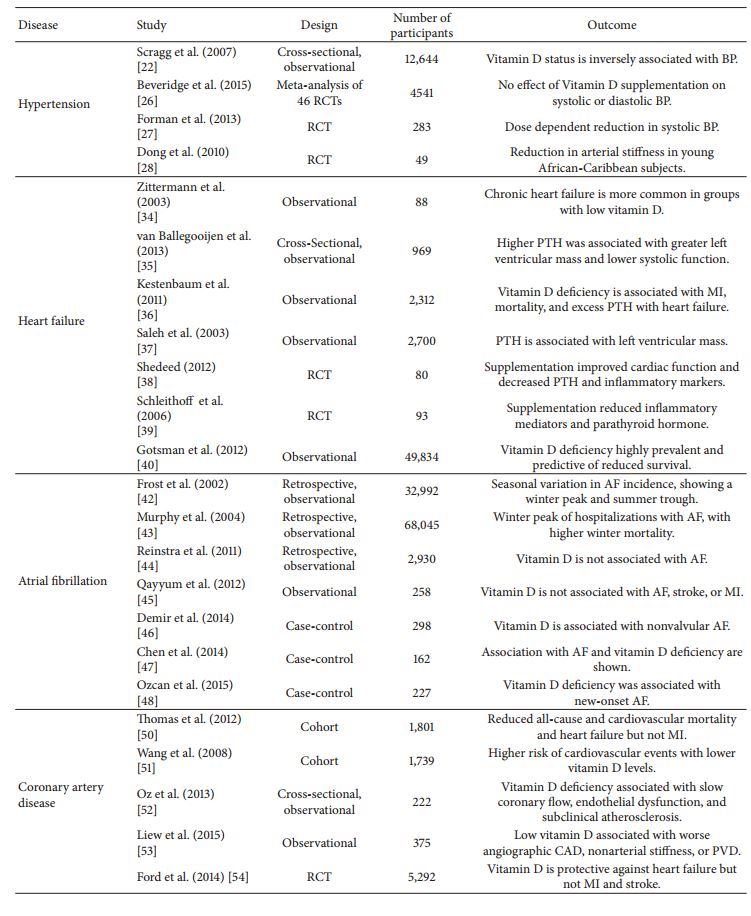 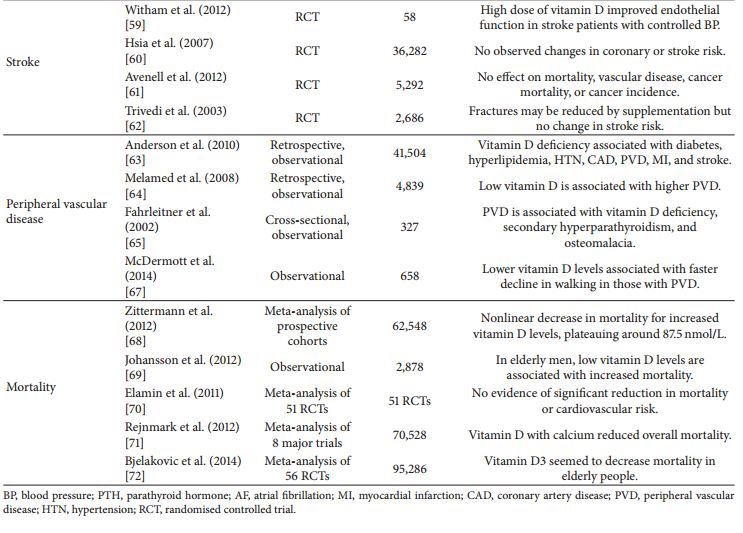 There are weak signals of benefit of vitamin D supplementation
in heart failure, whilst studies have so far shown vitamin
D to be ineffective as an agent in lowering blood pressure and
thus it should not be used as an antihypertensive agent. In
CAD, AF, PVD, and stroke, although low vitamin D levels
are associated with disease occurrence, supplementation has
not yet been shown to be of benefit. Whether vitamin D is
a causal factor or convenient biomarker is not yet established
and maybe supplementation in cohorts of older adults may be
too late. Modest reductions in all-cause mortality by vitamin
D3 were demonstrated by meta-analysis [71], but the number
needed for benefit was around 150 and, due to attrition bias,
the reliability of the estimate was low.

On the other hand, vitamin D deficiency is very prevalent
and modest improvements might make substantial health
gains, with a low risk of adverse outcome. On the strength
of current evidence, supplementation for optimum cardiovascular
outcomes alone does not seem to be a justifiable
position, but, for overall health, following IOM [74] and
National Institute for Health and Care (NICE) guidance [80]
is the best effort to answer an underinvestigated question. A
number of areas, particularly heart failure, warrant controlled
trials look for robust evidence for a potentially cheap, low risk,
and effective treatment option

Cardiovascular Disease and vitamin D – no proof yet – Sept 2015         Printer Friendly PDF this page! Follow this page for updates
This page is in the following categories (# of items in each category)
Cardiovascular 445 Hypertension 142 Stroke 102