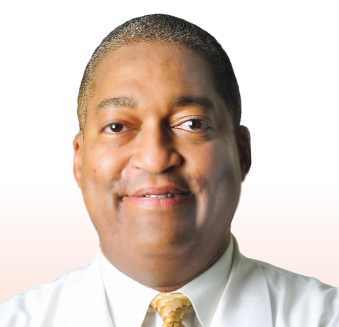 ATLANTA—Two years ago, Grady Hospital trauma surgeon, Dr. L. Ray Matthews, encouraged 11 family members and friends in his home state of Mississippi to get a blood test to determine how much of the vitamin D hormone their bodies were producing. The results, Matthews said, were alarming: All had low levels ranging from 7 to 31 nanograms per milliliter (a range considered normal is 40 to 70 nanograms per milliliter).

Matthews suggested the 25-hydroxyvitamin D3 blood test because he suspected many of the health problems they were experiencing—fatigue, arthritis and other chronic pains, just to name a few—might be linked to vitamin D deficiency. To boost their hormone levels, Matthews, who is licensed to practice in Georgia and Mississippi, prescribed them a daily regimen of 2,000-5,000 vitamin D supplement units. The regimen, he said, had remarkable results as demonstrated by all of those in the group including his mother, whose equilibrium improved dramatically.

"Vitamin D helps older people by increasing the absorption of calcium, which is very important for muscle strength and balance, which reduces falls. Before treatment, my mother had been having multiple falls," said Matthews. "Of all my family and friends who had the vitamin D blood test performed, she had the highest level at 31 ng/ml, which was still deficient. Since getting her level above 40 ng/ml, she has not had a fall since September 2009." Matthews, who has been researching vitamin D since 2007, is Morehouse School of Medicine's assistant professor of clinical surgery and director of surgical critical care at Grady Hospital in Atlanta. As a trauma surgeon, he has seen patients who had adequate levels of vitamin D heal faster.

Deficiency linked to many conditions

"Vitamin D deficiency is the most common nutritional deficiency in the world affecting over 1 billion people worldwide," said Matthews.

Medical research has determined that Vitamin D deficiency is caused by a number of factors including poor dietary habits, obesity (vitamin D trapped in adipose cells), and a lack of sunshine. In humans, the vitamin D hormone is synthesized when the skin is exposed to sunlight (hence, its nickname 'the sunshine vitamin').

Matthews said through his research, he found that people who live in the South have the best chance of producing the vitamin D hormone when they are exposed to sunshine about 15 minutes each day between 9 a.m. to 3 p.m. Further, Matthews said, there are specific months that most Americans can produce and store vitamin D—from April to October. Sometimes, however, sunshine isn't enough and supplements are necessary to ensure that adequate levels of the hormone are present in the body, Matthews said.

Dr. L. Ray Matthews is urging those concerned about their health to have their vitamin D hormone levels checked. The 25-hydroxy vitamin D3 blood test can detect deficiency levels. (with picture)


"Vitamin D is a steroid hormone synthesized from cholesterol in exposed skin in response to sunlight (UVB)," Matthews said. "Fifty years ago, Americans were mainly an agricultural society. Many worked outdoors and got adequate amounts of sunshine needed to produce Vitamin D hormones. But all of that changed with the advances of technology. We mainly work indoors now and children rarely go outside to play anymore. They spend most of their time on their I pads and computers and as a result, they are vitamin D deficient. We have to have adequate levels of vitamin D for healthy immune systems, calcium and phosphorous metabolism."

Matthews said his 3 /4-year-old nephew, Ronnie Allen Evans, Jr., a preemie who weighed 1 pound and 15 ounces at birth, also benefited from the vitamin D treatments. As an infant, the child suffered from severe upper-respiratory problems. "I started Ronnie, Jr. on vitamin D gummy bears when he was 2 years old. Since that time, he has had only one ear infection over the past year and he now weighs 30 pounds," said Mathews.


Other children, Matthews said, have reaped the benefits of a vitamin D regimen as well. Matthews and his sister, Bessie Matthews Gardner, now a retired principal, started a multivitamin program with parental consent at Ruleville Central Elementary School in Ruleville, Mississippi. The Mississippi Delta area is one of the most economically disadvantaged areas in the country.

Gardner said she saw improvements in students' grades, behavior and even their attendance. The school's absenteeism rate dropped 1,000 percent over 4 years, Matthews said. Vitamin D receptors are located on every cell and tissue in the human body including brain and muscle cells, Matthews said. The hormone improves mental focus, concentration, and cognitive learning abilities.

Gardner was so impressed with her students' achievements that she took the vitamin program to Bell Grove Missionary Baptist in Indianola, Mississippi, where she is a member. Today, the church receives more than $1 million worth of donated vitamins yearly, providing the supplements free of charge to its congregation.
Gardner has her own personal testimony of the advantages of vitamin D. After Gardner developed breast cancer in October 2008 at age 58, Matthews suggested that Gardner get her vitamin D level to 50 ng/ml.

"I am now cancer-free and have a lot more energy than I use to have," said Gardner, who lives an active life, walking 3 miles three times a week.

In addition to improvement in overall optimal health, recent research has shown other benefits of vitamin D such as improvement in athletic performance, decreased injuries, and decreased recovery time among injured athletes. In 2010, 81% of the New York Giants football team was diagnosed as being vitamin D deficient, as reported during the American Orthopaedic Society for Sports Medicine convention held in June in San Diego. Those with vitamin D levels less than 30 ng/ml had more injuries including broken bones, sprains, and muscle pain, the Society noted.

Matthews credits vitamin D with the stellar performance of his athletic nephew, Jordan Moore. The high school senior plays wide receiver, running back, defensive back, and is a punt and kick returner for his team at Martin Luther King Jr. High School in Lithonia, Georgia. At 6'3", 205 pounds, Moore bench presses 310 pounds, squats 520 pounds and runs a 4.37 40-yard dash. Moore, Matthews said, was also ranked as one of the top high school hurdlers in the nation and Georgia's 5-A, 110 meters high hurdles champion in 2010 and 2011.

"Jordan is a highly motivated, disciplined kid with an excellent work ethic.
These are all his accomplishments in athletics.
I only corrected a vitamin deficiency and help him to understand the importance of good nutrition," said Matthews.

Moore's football team members (currently undefeated at 9-0 and ranked 5th in Georgia's 5-A football), along with the school's Girls' Track Club (Georgia's 5-A girls overall track champions, 2011), incorporated vitamin D as a part of their nutrition program with parental consent.

Matthews said while he certainly appreciates the benefits athletes have reported in optimizing vitamin D, he says he is more concerned about the overall health of the country.

"I want the U.S. to win in life. Statistics have shown that approximately 70% (217 million) of all U. S citizens are vitamin D deficient, which indicates a national epidemic possibly exists and needs to be addressed," Matthews said.
Matthews said everyone should have the 25-hydroxyvitamin D3 blood test performed.

In DeKalb County, Martin Luther King Jr. High School has produced an impressive sports resume over the past 2 years. Consistently taking home titles as state champions and producing a number of stand-out athletes, the MLK Lions have dominated on the football field and the track field. What's their secret? Along with coaching and rigorous practice, the Lions attribute their achievements to nutrition and a daily regimen of Vitamin D.

Two years ago, the parents' Booster Club incorporated vitamin D as part of the nutrition program for MLK's sports teams on the advice of Dr. L. Ray Matthews, who is director of Morehouse surgical critical care at Grady Hospital in Atlanta and a vitamin D researcher. MLK Head Coach Michael Carson, MLK Booster Club President Tony Sylvester, and Rev. B.T. Moore all noted that many MLK athletes were malnourished.
"Most of these students were not receiving a meal from the time they left school until they returned to school the next day," says Coach Michael Carson.

With advice from Dr. Matthews, a "parent-led" nutrition program was started that included feeding the athletes balanced meals every Thursday and Friday afternoon. The Booster Club parents were responsible for overseeing every aspect of the nutrition program—from hiring the caterer to serving the meals themselves.

"As parents, we wanted to make sure the kids received a healthy meal, especially the day before and the day of the game. I personally made sure that my son ate a nutritious meal. He took his vitamin D everyday and so did I, " said Corey Tibbs, whose son, Blake, was selected for the CSS High School All-Star Team because of his outstanding performance as a wide receiver.

Tibbs said he read a lot of information on his own about vitamin D before the Booster Club started its nutrition program.
"When Dr. Matthews spoke with us, he validated much of what I had l ready read," Tibbs said.
Dr. Matthews, who as been researching vitamin D since 2007, said getting parents' support was key to the success of the nutrition program at MLK. Through his work as a surgeon and vitamin D researcher, Dr. Matthews said he has seen patients heal faster and students perform better both, academically and on the field, after a daily regimen of vitamin D and good nutrition.


"Vitamin D deficiency is the most common nutritional deficiency in the world, affecting over 1 billion people worldwide," said Dr. Matthews, who is a Morehouse School of Medicine assistant professor of clinical surgery/trauma. "Over 58 million children in the United States are vitamin D deficient. Vitamin D is important for calcium and phosphorus metabolism, strong bones, muscle strength, and immune modulation.”

Vitamin D is a steroid hormone synthesized from cholesterol in exposed skin in response to sunlight (hence, its nickname "the sunshine vitamin"). Dr. Matthews said most Americans do not get enough sunshine. A healthy dose of sunshine, he said, amounts to about 15 minutes per day.
Dr. Matthews said vitamin D deficiency is linked to several chronic conditions such as heart disease, diabetes, stroke, asthma, osteoporosis, rheumatoid arthritis, joint pain, and 17 varieties of cancer. He said athletes who are deficient in vitamin D often times have more injuries.
In 2010, 81 percent of the New York Giants football team was diagnosed as being vitamin D deficient, as reported during the American Orthopedic Society for Sports Medicine convention held in San Diego. Professional football players with vitamin D levels of less than 30 ng/ml had more injuries including broken bones, sprains, and muscle pain, the society noted.

Dr. Matthews credits high daily doses of vitamin D with helping to reduce the number of injuries among MLK's athletes. Track Coach Eric Merriweather, parents Anthony Sylvester, and the Rev. B.T. Moore say athletic injuries in the school's track and football programs decreased by more than 50 percent. They said the students are living proof that vitamin D can make a difference in
performance.

"The football team had only one fracture—a broken ankle—during the entire season," said Matthews. "That is very impressive considering the fact that they played 13 games and have 85 athletes on the team."

This is apparently MUCH BETTER than previous years