Vitamin B2 (riboflavin) is needed to process vitamin D – March 2014

From cholesterogenesis to steroidogenesis:
role of riboflavin and flavoenzymes in the biosynthesis of vitamin d.

Flavin-dependent monooxygenases and oxidoreductases are located at critical branch points in the biosynthesis and metabolism of cholesterol and vitamin D. These flavoproteins function as obligatory intermediates that accept 2 electrons from NAD(P)H with subsequent 1-electron transfers to a variety of cytochrome P450 (CYP) heme proteins within the mitochondria matrix (type I) and the (microsomal) endoplasmic reticulum (type II). The mode of electron transfer in these systems differs slightly in the number and form of the flavin prosthetic moiety. In the type I mitochondrial system, FAD-adrenodoxin reductase interfaces with adrenodoxin before electron transfer to CYP heme proteins. In the microsomal type II system, a diflavin (FAD/FMN)-dependent cytochrome P450 oxidoreductase [NAD(P)H-cytochrome P450 reductase (CPR)] donates electrons to a multitude of heme oxygenases. Both flavoenzyme complexes exhibit a commonality of function with all CYP enzymes and are crucial for maintaining a balance of cholesterol and vitamin D metabolites. Deficits in riboflavin availability, imbalances in the intracellular ratio of FAD to FMN, and mutations that affect flavin binding domains and/or interactions with client proteins result in marked structural alterations within the skeletal and central nervous systems similar to those of disorders (inborn errors) in the biosynthetic pathways that lead to cholesterol, steroid hormones, and vitamin D and their metabolites.

Studies of riboflavin deficiency during embryonic development demonstrate congenital malformations similar to those associated with genetic alterations of the flavoenzymes in these pathways. Overall, a deeper understanding of the role of riboflavin in these pathways may prove essential to targeted therapeutic designs aimed at cholesterol and vitamin D metabolism.

Dr. Coimbra stated that Vitamin B2 was needed in processing vitamin D 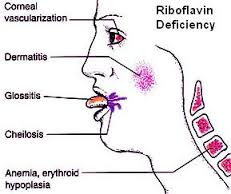 Video by Dr. Coimbra – 95 percent of auto-immune cured with vitamin D in high...