Vitamin D status: multifactorial contribution of environment, genes and other factors in healthy Australian adults across a latitude gradient

Vitamin D deficiency is common and implicated in risk of several human diseases. Evidence on the relative quantitative contribution of environmental, genetic and phenotypic factors to vitamin D status (assessed by the serum concentration of 25-hydroxyvitamin D, 25(OH)D) in free-living populations is sparse.

Novel findings from this study are demonstration of gene epistasis, and quantification of the relative contribution of a wide range of environmental, constitutional and genetic factors to vitamin D status. Ambient UVR levels and time in the sun were of prime importance but it is nonetheless important to include the contribution of genetic factors when considering sun exposure effects. 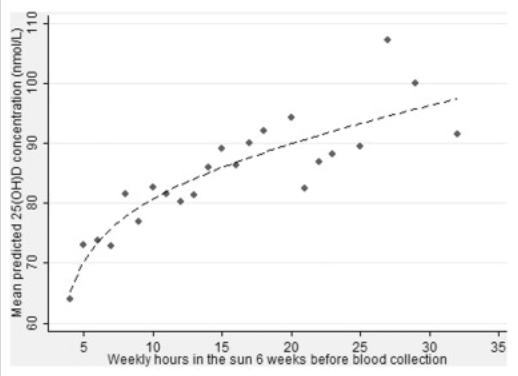 Fig. 2. Predicted mean 25(OH)D levels (nmol/L) in relation to hours in the sun in the season that was 6 weeks prior to blood collection.
Predicted values were derived from a model accounting for the non-genetic factors shown in Table 2. 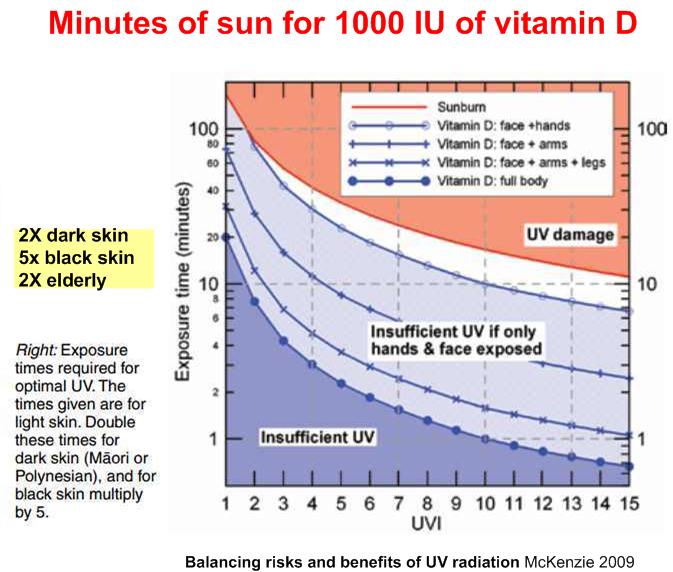 Minutes in the sun to get 40 ng of vitamin D

Study of vitamin D level vs hours in the sun, etc. – Feb 2013         Printer Friendly PDF this page! Follow this page for updates
This page is in the following categories (# of items in each category)
Noontime sun and D 310