Preterm birth time trends in Europe: a study of 19 countries

VitaminDWiki
Studies which cited this study 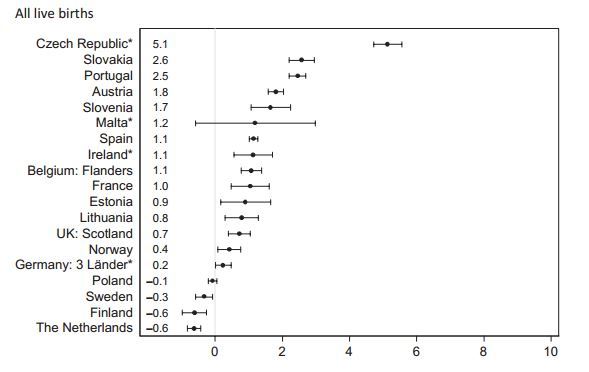 Objective To investigate time trends in preterm birth in Europe by multiplicity, gestational age, and onset of delivery.

Methods Annual risk ratios of preterm birth in each country were estimated with year as a continuous variable for all births and by subgroup using log-binomial regression models.

Conclusions There was a wide variation in preterm birth trends in European countries. Many countries maintained or reduced rates of singleton preterm birth over the past 15 years, challenging a widespread belief that rising rates are the norm. Understanding these cross-country differences could inform strategies for the prevention of preterm birth.