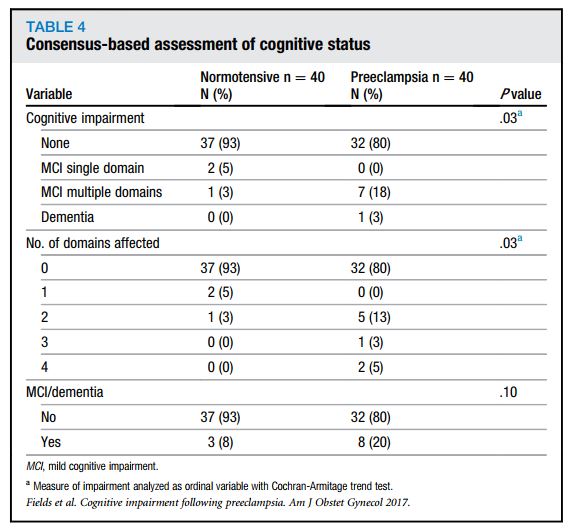 Preeclampsia doubles the risk of mild cognitive impairment – July 2017         Printer Friendly PDF this page! Follow this page for updates
This page is in the following categories (# of items in each category)
Pregnancy 820 Hypertension 151 Cognitive 326