Neurofibromatosis – 1 in 3500 have it, associated with low vitamin D

NF is similar to Multiple Sclerosis: 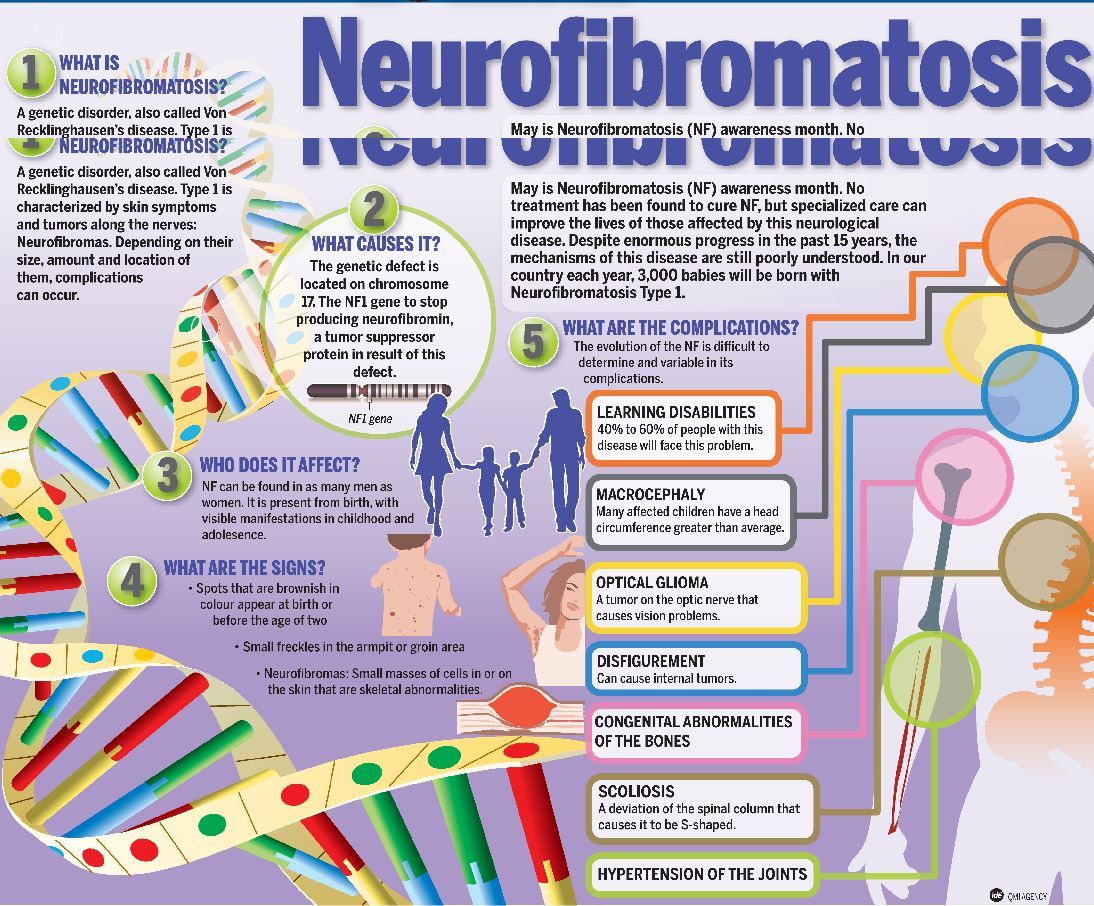 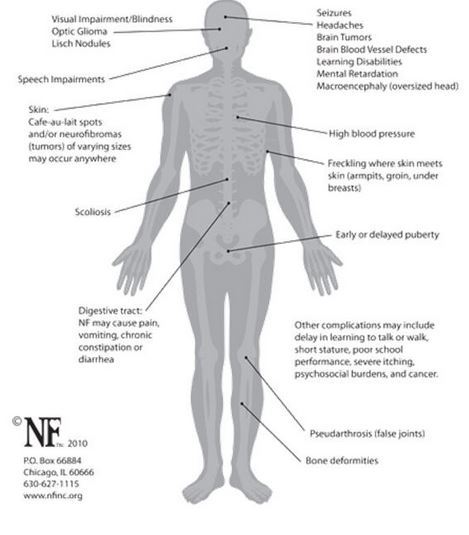 Neurofibromatosis has a 50 percent chance of developing in a child who has one parent with the mutated gene.
Type NF1 neurofibromatosis affects one in 3,000-4,000 people in the U.S.
50 percent of NF1 cases are inherited, the other half occur spontaneously
There are no known ethnic groups in which NF1 does not occur or is unusually common

Vitamin D lower in children with NF – perhaps because indoors

OBJECTIVE:
Low 25-hydroxyvitamin D (25OHD) concentrations have been associated with tumors and osteopenia or fractures in adults with neurofibromatosis type 1 (NF1). We report 25OHD concentrations in 109 children with NF1 and 218 controls matched for age, sex, geographic location, and time of year.

METHODS:
Children with NF1 were recruited (n=109; 2-17 years), and clinical data and dual-energy X-ray absorptiometry measurements were obtained. 25OHD concentrations were measured in subjects and controls.

OBJECTIVES:
The aim of this cross-sectional study was to assess the vitamin D status and muscle function in children with NF1 compared with their unaffected siblings.

CONCLUSIONS:
There was no significant relationship between vitamin D status and NF1 status in children. NF1 children had significantly impaired jumping power and force, when compared to their unaffected siblings.

One of the natural cures for NF is Vitamin D

OBJECTIVES:
Neurofibromatosis type 1 (NF1) is an autosomal dominant genetic disorder, frequently associated with reduced bone mineral density. Serum 25-hydroxyvitamin D3 concentrations in NF1 adults are lower than in healthy controls in autumn respectively winter and are inversely correlated with the number of dermal neurofibromas. We investigated 25-hydroxyvitamin D3 levels in children and adults with neurofibromatosis type 1 in winter and summer and compared them to healthy controls to get more pathogenic insights in vitamin D3 metabolism in NF1 patients.

DESIGN AND METHODS: NF1 patients were clinically examined and serum 25-hydroxyvitamin D3 concentrations were measured in 58 NF1 adults and 46 children in winter as well as in summer and compared to sex-, age- and month-matched controls.

RESULTS: 52 adults suffered from 10 to 5000 dermal neurofibromas, whereas none of the children presented neurofibromas. 25-Hydroxyvitamin D3 increased from winter to summer (mean: 21.0 to 46.5nmol/l) in NF1 adults. This increase was even larger (p=0.0001) than in healthy controls (mean: 50.5 to 60.5nmol/l). However, there were no differences of 25-hydroxyvitamin D3 concentrations in NF1 children and healthy controls both in winter and in summer.

CONCLUSIONS: Only adults with NF1 showed lower 25-hydroxyvitamin D3 levels in winter and summer, which are unlikely due to impaired UV-dependent dermal synthesis, but rather might be caused by an accelerated catabolism.

Vitamin D and its receptor may play a role in preventing tumor development and progression. As such antineoplastic effects are expected to be weak and to act over long periods, conditions with increased tumor incidence, such as the neurofibromatosis type 1 (NF1), provide suitable study models. We previously found an inverse correlation of serum 25(OH)D concentration with number of neurofibromas in NF1.
Here we aim to further explore the role of the vitamin D receptor. A total of 141 adult NF1 patients were included in the study. For 101 of them, serum vitamin 25(OH)D data were available. From 87 patients, blood samples were obtained in PaxGene tubes containing a reagent to stabilize RNA immediately. mRNA of the vitamin D receptor (VDR) gene (coding for the vitamin D receptor) was measured by means of RT-PCR. Correlation of laboratory data with NF1-related tumors was statistically evaluated. Vitamin D receptor in NF1-tumors was examined by means of immunohistochemistry using an antibody against the vitamin D1 receptor.
The number of dermal neurofibromas was significantly inversely correlated with VDR mRNA level and with serum 25(OH)D concentration in NF1 patients. In contrast, plexiform neurofibroma and malignant peripheral nerve sheath tumor did not correlate with these two parameters. Immunostaining did not detect vitamin D receptor in NF1-tumors. Both vitamin D and its receptor may play a role in suppressing the development of neurofibromas. Sustaining 25(OH)D at an adequate level may contribute to controlling neurofibromas and possibly also other tumors. This is especially important for individuals with lower expression of VDR.

Vitamin D Status and VDR Genotype in NF1 Patients: A Case-Control Study from Southern Brazil
&nbspDownload the PDF from VitaminDWiki

The European Organization for Rare Diseases (EURORDIS) estimates that as many as 5,000 to 7,000 distinct rare diseases exist, and as much as 6% to 8% of the population of the European Union is affected by one.[6] Only about 400 rare diseases have therapies and about 80% have a genetic component according to Rare Genomics Institute.

Neurofibromatosis – 1 in 3500 have it, associated with low vitamin D         (Cached) Printer Friendly PDF this page! Follow this page for updates
This page is in the following categories (# of items in each category)
Genetics 287