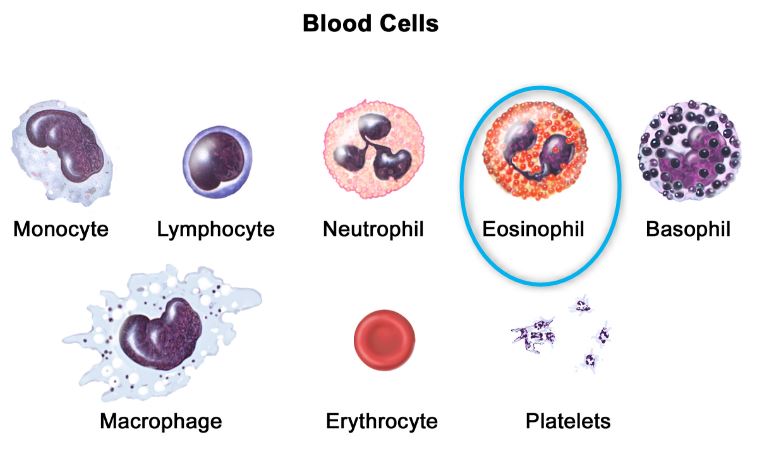 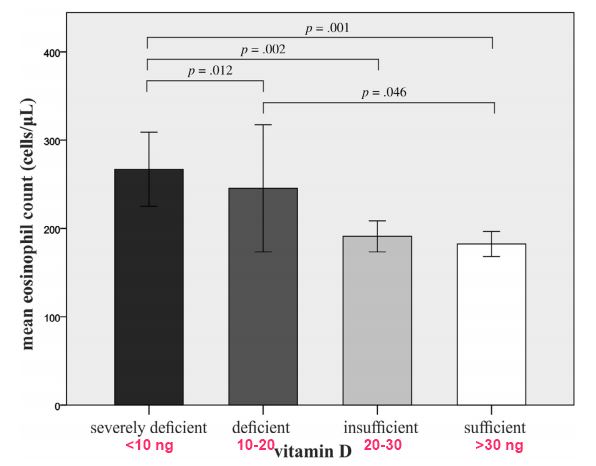 Objective/Background:
Vitamin D has been increasingly recognized as an immunomodulatory agent. Its deficiency has been associated with immune-mediated diseases such as asthma, rhinitis, and atopic dermatitis. These allergic conditions are dependent on T-helper type 2 (Th2) cells secreting interleukins, overproduction of immunoglobulin E (IgE), and eosinophil activation. We investigated the association between serum vitamin D levels and blood absolute eosinophil count.

Methods
We carried out a cross-sectional study of 669 men and women referred to a clinical pathology laboratory who underwent 25-hydroxyvitamin D testing and complete blood count analysis on the same day.

Fewer white blood cells needed to deal with infection when higher levels of vitamin D – Aug 2017         Printer Friendly PDF this page! Follow this page for updates
This page is in the following categories (# of items in each category)
Immunity 233

Immune response was poor in mice and humans with low vitamin D and low vitami...