Does a vaccine increase the risk of Autism – March 2019

A 10-year look at more than 600,000 children comes at a time when anti-vaccine suspicion is on the rise again.

Notes:
11 children were excluded from the study because they became autistic before age 1
The words premature nor preemie do not occur once in the PDF
US preemies get first Mercury vaccination before the day that they would have been normally be born
Danish infants get first vaccination (without Mercury?) 5 weeks after estimated birth date
Interesting: The Danish study found 2.7X more Autism running in family in those getting the vaccine

10 Vaccinations in US with Mercury before MMR 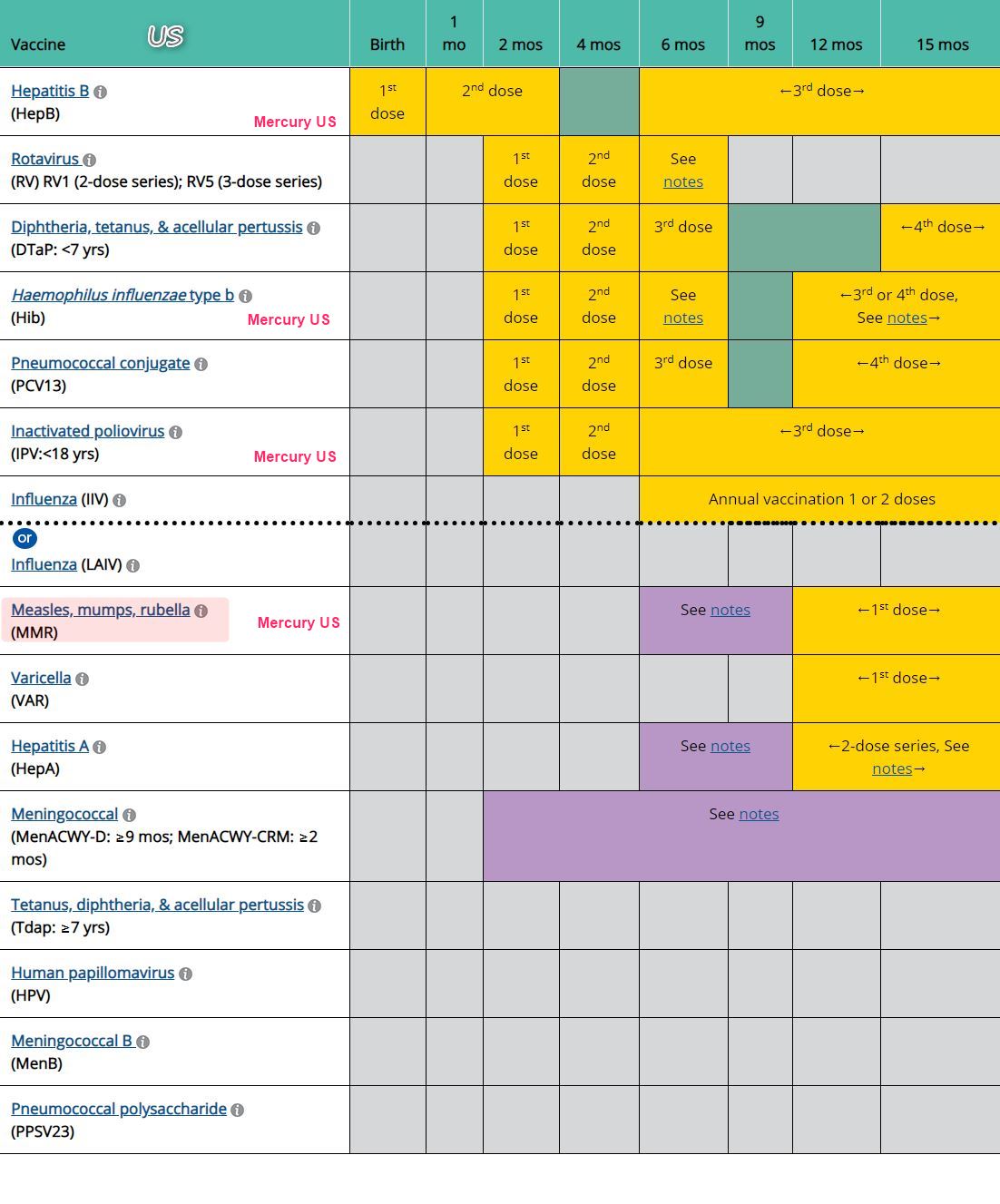 Objective:To evaluate whether the MMR vaccine increases the risk for autism in children, subgroups of children, or time periods after vaccination.

Results:
During 5 025 754 person-years of follow-up, 6517 children were diagnosed with autism (incidence rate, 129.7 per 100 000 person-years). Comparing MMR-vaccinated with MMR-unvaccinated children yielded a fully adjusted autism hazard ratio of 0.93 (95% CI, 0.85 to 1.02). Similarly, no increased risk for autism after MMR vaccination was consistently observed in subgroups of children defined according to sibling history of autism, autism risk factors (based on a disease risk score) or other childhood vaccinations, or during specified time periods after vaccination.

Conclusion: The study strongly supports that MMR vaccination does not increase the risk for autism, does not trigger autism in susceptible children, and is not associated with clustering of autism cases after vaccination. It adds to previous studies through significant additional statistical power and by addressing hypotheses of susceptible subgroups and clustering of cases.

The hypothesized link between the measles, mumps, rubella (MMR) vaccine and autism continues to cause concern and challenge vaccine acceptance almost 2 decades after the controversial and later retracted Lancet paper from 1998 (1), even though observational studies have not been able to identify an increased risk for autism after MMR vaccination. In a 2014 meta-analysis, 10 observational studies on childhood vaccines were identified: 5 cohort studies and 5 case–control studies (2). Of these, 2 cohort studies and 4 case–control studies specifically addressed MMR and autism, all reporting no association. This is consistent with more recent studies of note (3, 4).
We previously addressed this issue in a nationwide cohort study of 537 303 Danish children with 738 cases of autism spectrum disorders (5). In our cohort, MMR vaccination was not associated with autistic disorder (rate ratio, 0.92 [95% CI, 0.68 to 1.24]) or other autism spectrum disorders (rate ratio, 0.83 [CI, 0.65 to 1.07]).
In this study, we aimed to evaluate the association again in a more recent and nonoverlapping cohort of Danish children that has greater statistical power owing to more children, more cases, and longer follow-up. A criticism of our and other previous observational studies has been that these did not address the concern that MMR vaccination could trigger autism in specific groups of presumably susceptible children, in contrast to all children (6); the current study addresses this concern in detail. We evaluate the risk for autism after MMR vaccination in subgroups of children defined according to environmental and familial autism risk factors. Another criticism has been that MMR is associated with a regressive form of autism, leading to a clustering of cases with onset shortly after MMR vaccination (7). We evaluate the risk for autism after MMR vaccination in specific periods in detail.
. . . . .

Persecution of Dr. Wakefield, who proposed the MMR - Autism connection

Does a vaccine increase the risk of Autism – March 2019         Printer Friendly PDF this page! Follow this page for updates
This page is in the following categories (# of items in each category)
Autism 143 Virus 1079

329 COVID-19 vaccine deaths reported to CDC in a month – Jan 22, 2021Appears that the CDC has shut down GreenMed email due to vaccination data – J...COVID-19 vaccine – no compensation if the problem occurs after 1 year (new US...Vaccinations resulted in increased office visits for children 16 months later...