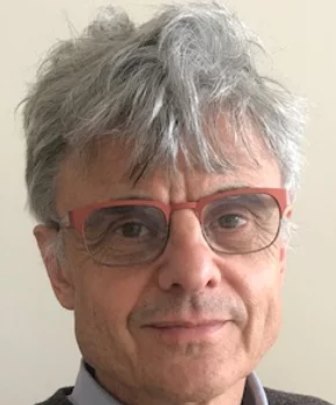 Continued mass vaccination will only push the evolutionary capacity of SARS-CoV-2 Spike protein beyond the Omicron version
His webpage
His substsack - includes:

Neither Key Opinion Leaders (KOLs) nor public health (PH) understand anything related to the evolutionary kinetics of this pandemic; this hasn’t changed at all with the appearance of Omicron. Hard- core scientists spend much time on the molecular stamp collection of a plethora of steadily arising SARS- CoV-2 variants but can’t see the forest for the trees. Clinicians are puzzled by the different manifestations of the disease. The vaccine industry doesn’t care about any of the above as long as they can sell a product carrying a name (‘vaccine’) that will soon be banned from the medical vade mecum.

Scientific naivete combined with arrogant megalomania has led the mighty alliance of PH-KOL and Industry to dramatically underestimate the evolutionary capacity of SARS-CoV-2 when it is put under widespread immune pressure. There can be no doubt that Omicron is only one such example of this and that other variants harboring a similar panoply of S-directed mutations will soon emerge in other countries. There is, indeed, no reason to believe that identical conditions of suboptimal population-level immune pressure on SARS-CoV-2 infectiousness combined with widespread infectious pressure would lead to different results. Alternatively, countries which – thanks to mass vaccination – have prepared their populations to serve as an excellent breeding ground for more infectious variants will exhibit a high level of hospitality to Omicron and its peers.

As the scientifically perverse narrative continues to add fuel to the fire, it is difficult to believe that Omicron will be the end station of the pandemic train that’s out of control. Omicron is likely to start out as a mild disease because short-lived, poorly functional anti-S antibodies (Abs) that resulted from previous asymptomatic infection (e.g., with another previously dominant variant) will no longer recognize Omicron. It is, indeed, highly likely that resistance of Omicron will not be limited to vaccinal Abs but also to naturally induced low affinity Abs that result from asymptomatic/ mild infection. Consequently, Abs from such previous infection would no longer compete with relevant innate Abs for binding to the virus. Individuals who previously contracted asymptomatic/ mild infection will, therefore, be able to fully rely on their first line of immune defense to deal with Omicron. This will leave our ‘experts’ with the impression that the virus (in fact Omicron) is becoming less virulent (than Delta) and is on its way to transit into endemicity. However, the overall pattern of ‘mild’ disease would only prevail until Omicron becomes dominant and causes high infection rates. When this happens, short-lived, low affinity anti-S Abs will start to compete with innate Abs in an increasing part of the population as a direct result of the enhanced likelihood of re- exposure shortly after previous infection. High Omicron infection rates will prevent short-lived, poorly functional anti-S Abs from declining in large parts of the population. This, combined with continued mass vaccination with (inevitable?) anti-Omicron vaccines, will enable large populations to exert immune pressure on Omicron’s infectiousness. None of these immune responses is, however, capable of curtailingviral transmission (it’s now widely acknowledged that the type of C-19 vaccines used by the industry is not capable of blocking transmission).

I am convinced that sustained suboptimal immune pressure will ultimately lead to allosteric mutations (1) of S protein. Such mutation(s) would not prevent neutralizing Abs from binding to S protein but alter the receptor-binding domain (RBD) in ways that enable domains not recognized by these neutralizing Abs to bind to alternative receptor molecules on permissive host cells. Would such allosteric mutation prevent the virus from binding to ACE2? Maybe, or maybe not. It has been well documented that receptor- mediated entry of SARS-CoV-2 is not limited to ACE2 (1). At any rate, this mechanism would no longer allow previously neutralizing Abs acquired upon vaccination or recovery from natural disease to neutralize the virus, but still enable their binding to it. Abs that are still capable of binding to the virus without neutralizing it are at risk of causing Ab-dependent enhancement of disease (ADE). Even though the intrinsic virulence of the virus is unlikely to change (as there is no evidence of immune pressure being placed on virulence genes), the occurrence of ADE would have the same effect because it enhances and accelerates viral pathogenicity. When this happens, we’re likely to generate a situation that resembles the one described for Marek’s disease, although using a different pathway to cause devastating disease (2). Whereas Marek’s virus is so virulent that it breaks through the innate immune defense of the host (poultry) and stays ahead of protective adaptive immunity in unvaccinated chicken, an allosteric SARS- CoV-2 variant would not only break through the innate immune response of vaccinees (due to vaccine- mediated suppression of relevant innate Abs) and resist vaccinal Abs (by bypassing traditional receptor domains within ACE2), but also become more pathogenic due to ADE.

It is undeniable that mass vaccination will only drive the virus to fully exploit its evolutionary capacity, including – if needed – its ability to use alternate receptor domains on permissive cells. The fitness cost that may come with such a dramatic mutation is likely to be rewarded with enhanced pathogenicity. I am truly afraid that these dynamics will eventually allow for the natural selection of individuals with uncompromised innate immunity while eliminating those without it. While such natural selection would lead to an eradication of SARS-CoV-2 as innate immunity sterilizes the virus and blocks transmission, the consequences would be unimaginable – the price paid for ending the pandemic by virus eradication is not comparable to the one paid for by generating herd immunity and allowing the virus to enter an endemic state. Those who are enforcing mass vaccination are opting for the former instead of the latter, an act that will be remembered as the deadliest sin ever.

(1) For the purpose of this article, allosteric mutation is defined as a change in an immunogenic, S-associated domain that is situated outside of the RBD and the recognition of which by antiviral Abs leads to a conformational change in the RBD, thereby preventing binding of neutralizing Abs and enabling binding of the RBD to cell surface- expressed determinants that are different from those mediating ACE-2-mediated cell entry of the original Wuhan strain and classical variants (e.g., α, β, γ, δ)

Geert Vanden Bossche received his DVM from the University of Ghent, Belgium, and his PhD degree in Virology from the University of Hohenheim, Germany. He held adjunct faculty appointments at universities in Belgium and Germany. After his career in Academia, Geert joined several vaccine companies (GSK Biologicals, Novartis Vaccines, Solvay Biologicals) to serve various roles in vaccine R&D as well as in late vaccine development.

Geert then moved on to join the Bill & Melinda Gates Foundation’s Global Health Discovery team in Seattle (USA) as Senior Program Officer; he then worked with the Global Alliance for Vaccines and Immunization (GAVI) in Geneva as Senior Ebola Program Manager. At GAVI he tracked efforts to develop an Ebola vaccine. He also represented GAVI in fora with other partners, including WHO, to review progress on the fight against Ebola and to build plans for global pandemic preparedness.

Back in 2015, Geert scrutinized and questioned the safety of the Ebola vaccine that was used in ring vaccination trials conducted by WHO in Guinea. His critical scientific analysis and report on the data published by WHO in the Lancet in 2015 was sent to all international health and regulatory authorities involved in the Ebola vaccination program. After working for GAVI, Geert joined the German Center for Infection Research in Cologne as Head of the Vaccine Development Office. He is at present primarily serving as a Biotech / Vaccine consultant while also conducting his own research on Natural Killer cell-based vaccines.

VitaminDWiki alos has (Problems with vaccine use during a pandemic - Dr. Bossche 2021, 2022

Coronaviruses evolve faster with vaccinations, expect more beyond Omicron - Nov 30, 2021         Printer Friendly PDF this page! Follow this page for updates
This page is in the following categories (# of items in each category)
Virus 1161