Autism spectrum disorder (ASD) is a common neurodevelopmental disorder caused by a complex interaction between genetic and environmental risk factors. Among the environmental factors, vitamin D3 (cholecaliferol) seems to play a significant role in the etiology of ASD because this vitamin is important for brain development. Lower concentrations of vitamin D3 may lead to increased brain size, altered brain shape, and enlarged ventricles, which have been observed in patients with ASD. Vitamin D3 is converted into 25-hydroxyvitamin D3 in the liver. Higher serum concentrations of this steroid may reduce the risk of autism. Importantly, children with ASD are at an increased risk of vitamin D deficiency, possibly due to environmental factors. It has also been suggested that vitamin D3 deficiency may cause ASD symptoms. Here, we report on a 32-month-old boy with ASD and vitamin D3 deficiency. His core symptoms of autism improved significantly after vitamin D3 supplementation. This case suggests that vitamin D3 may play an important role in the etiology of ASD, stressing the importance of clinical assessment of vitamin D3 deficiency and the need for vitamin D3 supplementation in case of deficiency.

Copyright © 2015 by the American Academy of Pediatrics.
Publisher wants $25 for the PDF

Dr. Cannell is publishing a book on Autism Cures in April 2015
He had found response to D3 + cofactors in about 100 children to be

Bio-Tech is soon making a D3Plus product which is close to what is needed (by everyone, not just autistics) 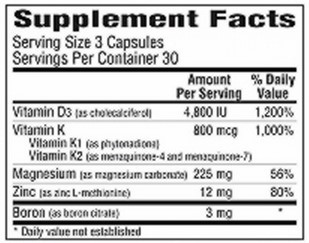 I suspect that people weighing more would need take more capsules daily
Example: 6 capsules per day if weigh 200 lbs, and even more if obese
I take the ingredients of about 6 of those capsules daily
Note: probably should not take all 6 in a single serving - that might be too much of that type of Magnesium for the gut
I take a different form of Magnesium, Magnesium Chloride, which can be taken all at one session.
In addition I also take Omega-3, Silica, and Iodine (Henry Lahore)

A Prenatal Vitamin Mix also has a good combination
However: more costly, lacks boron and requires 6, not 3 pills per day 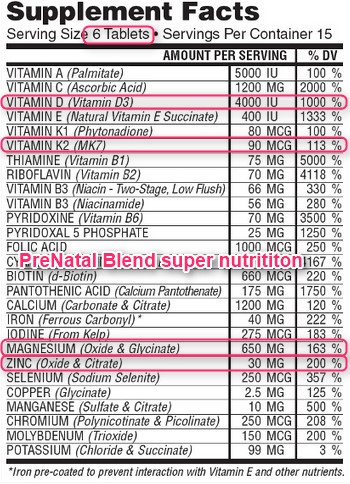 Autism cured in a child with Vitamin D, Dr. Cannell comments and cofactor recommendations – March 2015         Printer Friendly Follow this page for updates
This page is in the following categories (# of items in each category)
Supplement 70 Autism 136 Intervention 753